Former DOOL stars: Where are they now? 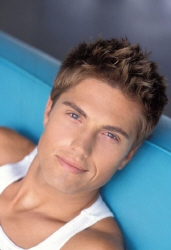 Soaps.com brings you updates for the former cast members on your favorite soap operas!

Charles Shaughnessy (ex-Shane) has a recurring role on the WB show LIVING WITH FRAN, starring his old NANNY co-star, Fran Drescher. He plays her ex-husband.

For those who don’t remember these two, Austin was Jan Spears friend, and played for a few episodes when Belle, Shawn, Chloe, Mimi and Philip were all in high school. Shawn of course was in a flashback so those of you who do remember him have a great memory! Check both of these Days alumni in Grease, Sunday nights at 7:00pm ET.

Eric Winter (ex-Rex DiMera) is now going to be on the Teleovela, “WILDFIRE”, in a recurring role. He aired on January 15th and can be seen on My Network TV. Check it out!

Roark Critchlow (ex-Mike Horton) will be visiting The Bold and The Beautiful for 5 episodes January 19th onward. He’ll be playing ‘Arthur Harrison’.

Austin Peck (ex- Austin Reed) can now be seen on As the World Turns as bad boy, Brad Snyder!

Days of Our Lives former Soap Stars keep themselves busy with other pursuits!

Gorgeous Kyle Lowder is back on Daytime! This time he’s doing a stint on Bold and the Beautiful– as a Forrester! Check out the B&B News Room for details of his first airdate! (He airs Thursday January 25 2007 and is ON CONTRACT!!)