Feel free to check out Mario's own thoughts about the future of soaps, along with his discussion with Y&R's Amelia Heinle. 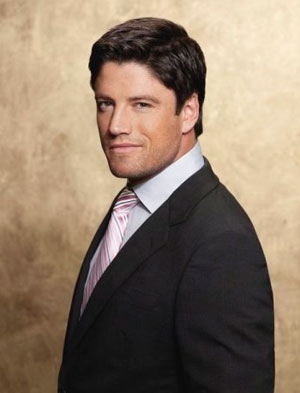 As we’ve discussed in an interview with Y&R’s Amelia Heinle
Soaps.com has been pondering the longevity of soap operas. We lost Passions, Guiding Light and now As the World Turns. What does that mean for the future of our soaps? Are we in danger of losing them permanently? Soaps.com journalists went to the actors themselves to find out their thoughts on where the soap opera genre will be in five years and then shared their own thoughts on the matter.

Mario Rocchetta interviewed James Scott, (EJ, Days of Our Lives) about where he sees soap operas five years from now.

James tells Mario, “To be honest, I don’t know what the answer is. I’m not sure that anyone really does. Television’s changing. Even if you forget about everyone else, forget about all the other networks, NBC is about to be bought out by Comcast. It’s a cable provider. Is that a good thing or a bad thing? They’re buying it for content so maybe it’s a good thing. But soap operas are struggling. It’s not because of story lines, or the actors, or the sets or the lighting. It’s just because nobody’s watching in the numbers that they once were. Less viewers, less advertising revenue, less money for syndication. I don’t know what the future of soap operas is. I hope there is a future! Five years ago, I remember someone saying to me that all soap operas would be off the air in five years. Well, they’re not. Maybe a couple, but the majority are still here. They’re just doing it differently now. The budgets are much less and maybe that’s the key. I think that Days is in a pretty strong position because we cut our budget so much and we’re producing the soap for such less money than we were. It puts the show in a good position to be more profitable.”

Mario chimed in about his thoughts about where soaps are headed. “These times – they’re a-changin’ – and so, too, are our soaps. Let’s not confuse change with destruction, though. It’s unfortunate that we’ve lost some shows but I’m quite sure that the genre, itself, will never go away. We can talk about factors like budget cuts and the popular shift to reality TV, but there’s really no better genre than soap operas for tapping into the heart of human emotion. I’ve got to tell you, for this very reason alone, soaps will stand the test of time and continue to be awesome for years and years to come.” 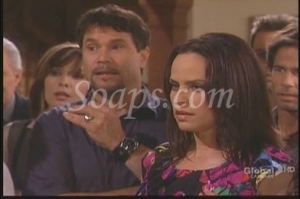