On the Anniversary of the Alien Invasion on Days of Our Lives, Crank Up the Cray-Cray With a Photo Album Commemorating the Show’s All-Time Nuttiest Plots 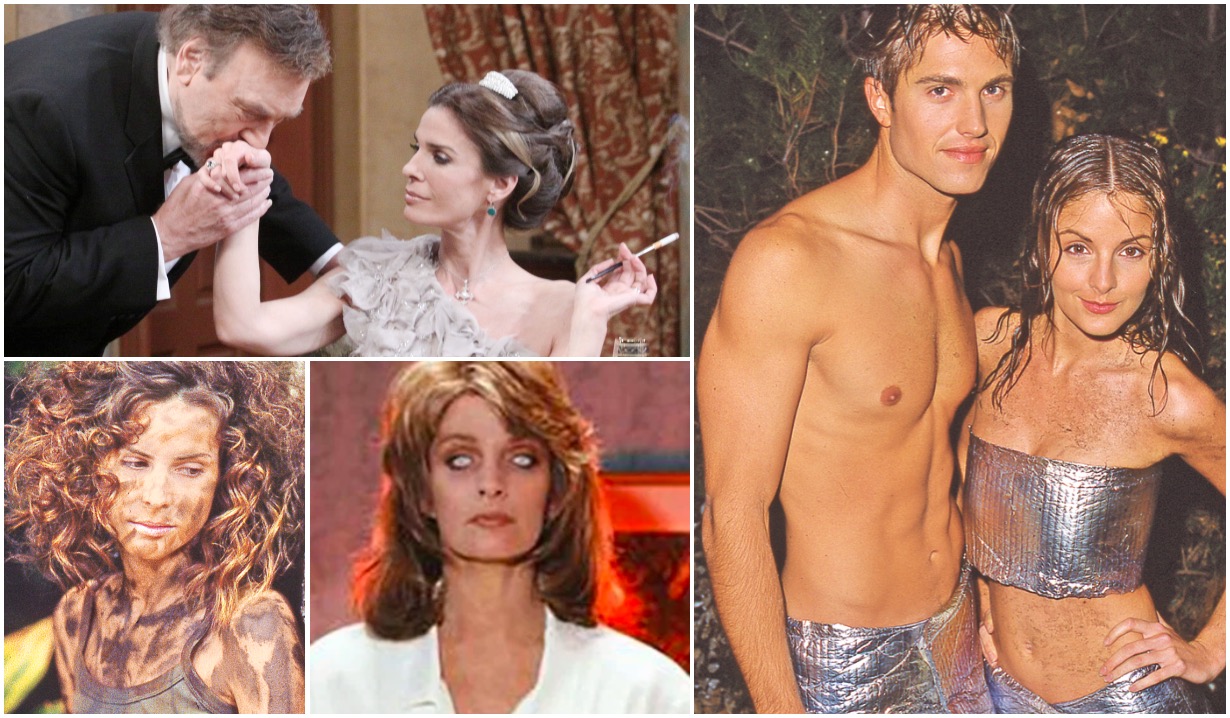 Past moments in Salem that have made us raise an eyebrow, say, “What?” or cringe…

Nineteen years ago today on July 8, 2002 something happened to Days of our Lives fans that they never expected… They were shocked all the way off their couches! Today is the anniversary of Rex (Eric Winters) and Cassie Brady (Alexis Thorpe) landing in Salem in their spaceship!

In the summer of 2002, Shawn Brady (then Jason Cook) and Belle Black (then Kirsten Storms, now Maxie on General Hospital) went out to watch a meteor shower. Instead, they saw a spherical space ship land, open up in capsule-like fashion, and Rex and Cassie stepped out barely dressed in skimpy tinfoil underwear. They spoke no English, so Shawn and Belle hid them as long as they could and began teaching them to speak, and about Salem and being human. Eventually, the twins were discovered by the ISA, and revealed to be genetically engineered humans. They both had tattoos of the one half of a phoenix on their wrists, connecting them to Stefano DiMera (the late, great Joseph Mascolo). The search for answers had Marlena Evans (Deidre Hall) believing she had given birth to the children while she was a prisoner for years on Stefano’s island, and because Cassie had the same rare blood type as Tony DiMera (Thaao Penghlis), it was suspected he was their father.

As the summer continued, Cassie became obsessed with Shawn Brady, but later set her sights on Lucas Horton (Bryan Dattilo). Around this time the twins discovered Roman Brady (Josh Taylor), not Tony, was their father. Cassie was on the verge of sleeping with Lucas when Rex interrupted them with a second bombshell, Kate Roberts (Lauren Koslow) was their mother, making Lucas her brother! It turned out that Marlena was just a surrogate used by Stefano and Kate Roberts and Roman Brady’s sperm and egg were used to create the twins in a lab.

This, of course, hasn’t been the only crazy or WTF storyline Days of our Lives have seen. Browse our gallery below of other WTF!? storylines and plots on Days of our Lives and then subscribe to Soaps.com’s newsletter to have all the late-breaking news delivered to your inbox.

The New Way to Watch Days of Our...

Days of Our Lives' Bryan Dattilo...