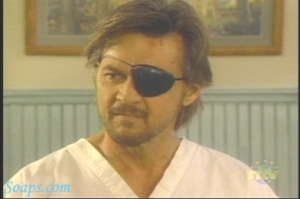 If you’re like me and think that Steve ‘Patch’ Johnson (Stephen Nichols) is a riot to watch on our favorite daytime drama, Days, you’ll have a great time reading Stephen Nichols Blog!

Stephen discusses a recent birthday. The big day was February 19th and Stephen turned – can you believe 56? The man is looking good! Stephen talks about a trip to Florida that he and Mary Beth Evans (Kayla) took to promote the opening of the Miramar Outlets Phase Five. He goes on to discuss his alter ego, “Steve” and a few of the scenes he’s had to portray. He even posts teasers from time to time!

It’s a joy to read. The only issue I had is that he doesn’t post enough! He’s really quite a humorous guy. We’re waiting patiently for his next post!