Are You Ready? Days of Our Lives Horror Is Poised to Hack Off a Branch of the DiMera Family Tree 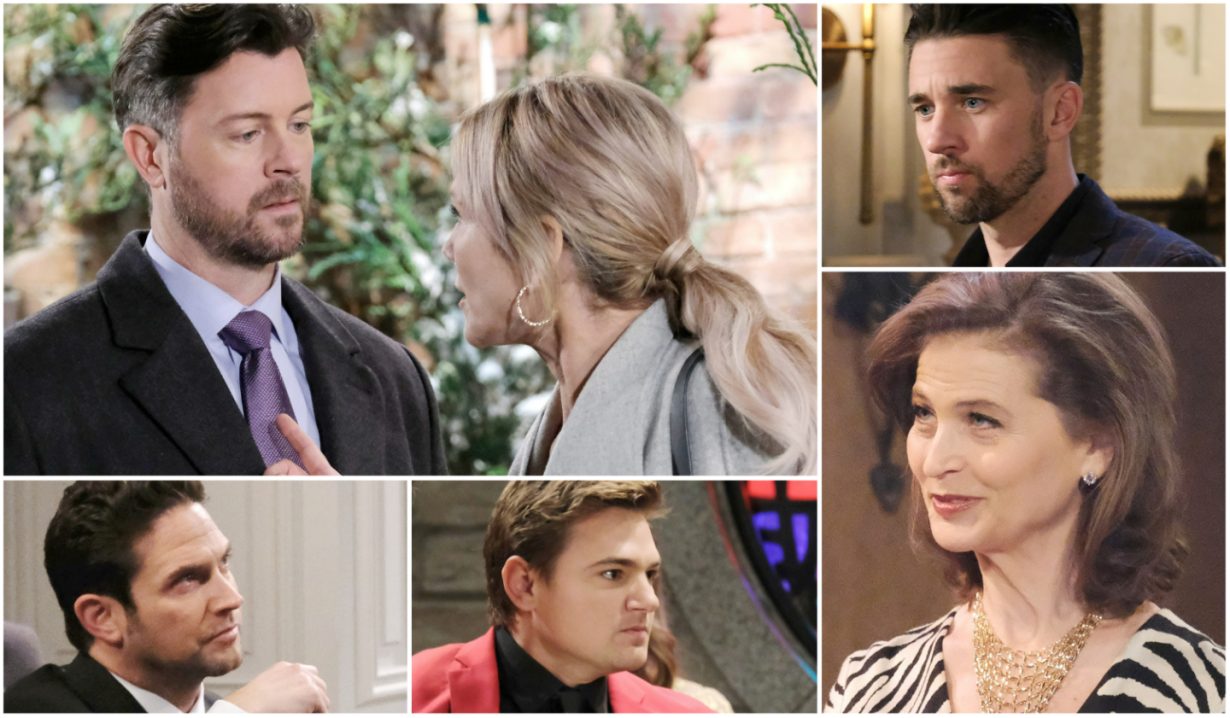 There aren’t many ways this could all end.

With every passing day in Salem, it seems more and more clear that Days of Our Lives is gearing up for one epic farewell. No, we aren’t talking about Kayla, Kate, or even Marlena — though we know the Doc is soon to be heaven-bound! 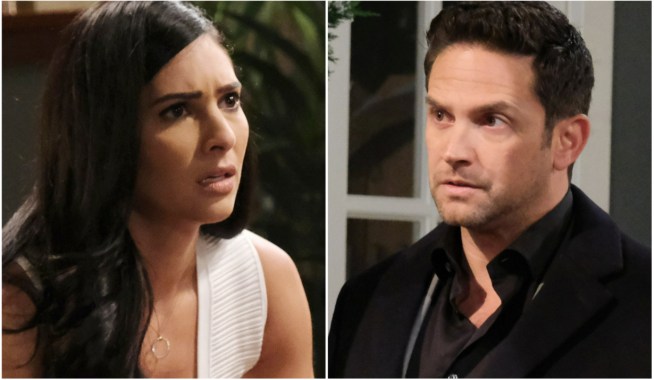 While we’ve been back and forth, those three ladies being gone for good just doesn’t seem to realistically be in the cards. No, instead, what if those three were just a smokescreen to divert us from another, real exit for a major character: Kristen DiMera!

Now, we aren’t saying we want to see her leave, though we know there are some strong views on the matter. Fans tend to either love her or hate her — there isn’t a whole lot of in between. But the further along her story goes, the harder a time we have in finding a way out for her. As Allie put it in Thursday’s episode: “Wow, I guess Kristen finally went too far.” And as EJ noted, talking to Stefano’s portrait, “She’s badly overplayed her hand and underestimated her opponent. I really think that this time, she’s going down.”

First, there’s her mounting legal troubles, especially as she tried to run off with Rachel!

Attempted kidnapping, extortion, accessory to what amounts to murder, accessory to… brainwashing? Is that the correct legal term? Well, regardless, the noose has been tightening around Kristen. Last time, she got out of jail thanks to a pardon after strong-arming her way into Orpheus’ escape plan. This time, while she and Orpheus would be in jail together, it seems doubtful they’d have another “sympathetic” governor in office. (Though not impossible. Anyone know who’s doing the job now that Paulina stepped down?) The point is, this could see Kristen shipped off to prison for good — or at least a good long while. On the other hand, she has proved slippery enough to escape paying for her crimes time and time again. But just because she doesn’t pay from a legal standpoint, doesn’t mean she won’t suffer the consequences one way or another.

Regular readers will know this isn’t the first we’ve suggested someone offing her, but after this past week, it feels like Days of Our Lives is leaning heavily into a list of suspects.

Steve just went to great lengths to get Kristen locked up, and that includes his faux strangulation of her. The thing is, while his attempt to kill her may not have been real, it seems clear that the rage fueling his act was. If all his work falls through and the legal way doesn’t pan out, Steve might very well go after Kristen for real.

And then there’s Chloe. How bad do you have to be for her to threaten your life? Even she was a bit surprised by that! After Chloe calmed down a bit, she asked Stefan, “Did I just threaten to murder Kristen with a fireplace poker?”

Yes, Chloe, you did. And next time Stefan may not be around to stop you. Heck, next time, he may even join in. He’s certainly got reason. And he’s far from the only DiMera. EJ’s not too fond of her and even Johnny wants his aunt taken down. He agreed to play along with Steve, Rafe and Jada’s plan, saying, “I want you to know I’ll do whatever I can to get justice for [Kayla].”

Chad may just be the only sibling who doesn’t want her gone. Heck, in a twisted way, she helped him out, pushing Stephanie away from Alex and towards him. Not that we’re saying anything Kristen did was good… 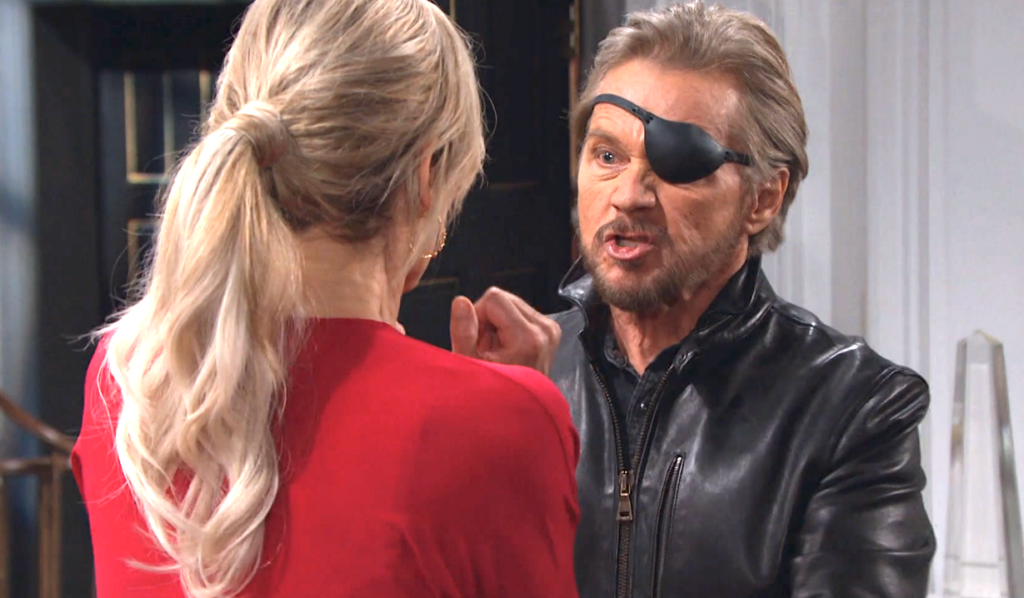 More: A tribute to Stefano on his legendary anniversary

Of course, getting rid of Kristen would likely mean saying goodbye to Stacy Haiduk too. And what makes that even more worrying is that if the show had plans to let her go, they would have had to come up with reasons to take both of her characters off the board… and they kind of have. Susan’s already been killed by Ava. That just leaves Kristen. Even if she does manage to skate free from prison, it’s looking more and more like she may just meet a bloody end.

On top of that, we all know Megan’s headed back to Salem (hopefully with Bo right behind or in front of her), but what we don’t know is if the town is big enough for both of Stefano’s dastardly offspring!

Still, while the show seems to be setting up an explosive exit for Kristen, we suppose if there’s one thing we’ve learned it’s that you can never count a DiMera out. And in Salem, you can certainly never keep a good villain down.

Check out our photo gallery of the full suspect list should Kristen meet a violent end! 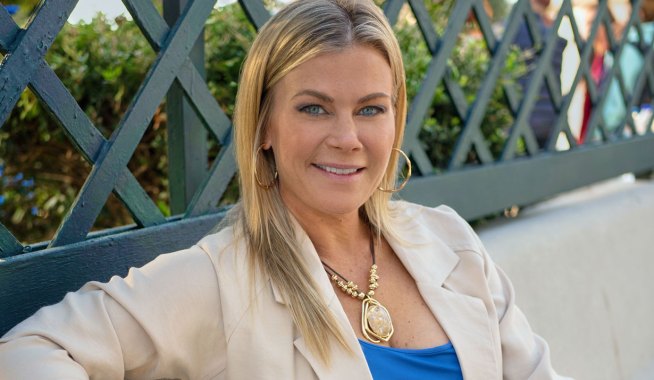