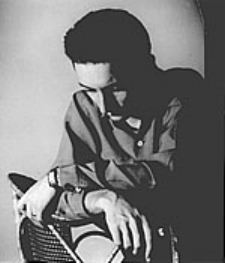 Musician Bruce Albertine sought out Soaps.com not just as a fan of the show, but to share with us an extraordinary piece of soap opera history. His father, Charles Albertine, was the composer of the main title theme and music cue library of Days of Our Lives. Bruce was frequently involved with his dad’s projects, even as a boy, he apprenticed with his dad. “I keenly remember when Days of Our Lives came along,” he says, remembering, fondly.

The Albertine family moved to Los Angeles in 1964 when Don Kirshner became head of Screen Gems Music and brought many of his New York City writers from Aldon Music. Bruce tells us that Charles had been working in New York as one of the top East Coast composers and arrangers. By the time of their move to California, his “Bandstand Boogie” had been running for ten years as the theme for “American Bandstand,” his “Blues for the G-String,” (aka “Night Theme”) for Al Nevins — the Al in Aldon Music — was running as the theme for NBC’s Saturday Night Movie, and Charles had been nominated for a Grammy for Instrumental Composition for another Al Nevins cut he composed entitled “Alone With the Blues.” Once in L.A. Charlie became constantly occupied writing underscore for the many Screen Gems comedy hits of the time such as “Hazel,” “Bewitched,” “I Dream of Jeannie,” “Grindle,” “The Farmer’s Daughter,” and many others. Bruce says, “One of the many projects that came across his table from Screen Gems was an assignment to “flesh out” the main title for a new daytime series entitled “Days of Our Lives.” The theme as existed so far had been accepted by the Cordays, yet existed only as a demo played on organ. The Cordays wanted something new and different – they wanted the theme to be played by a small orchestral ensemble, an idea that would certainly break new ground for daytime serials since daytime shows had thus far only been accompanied by keyboard music. Charlie finished and polished the theme by writing a bridge (or middle section) that can be heard on episodes using the extended main title as a closing theme. He also wrote the orchestration for the ensemble, which included adding the signature flute-and-bells broken arpeggio that begin the title (he borrowed this motif note-for-note from his earlier critically acclaimed “Music for Barefoot Ballerinas,” written for Larry Elgart in 1952). It’s no mistake that Charlie is credited as a co-writer on the theme and shares in the royalties.” Bruce goes on to say, “An additional part of the initial assignment was to compose a library of music cues to be used as the scripts called for. Along with Boyce and Hart and a number of other Screen Gems writers there was assembled said library, with the bulk of cues being written by Charlie. Also, he took all the cues written by he and the staff and orchestrated them to be recorded by the ensemble. The Cordays’ concept of using an orchestral ensemble was bold, and also far costlier than the keyboard accompaniments normally used on daytime serials. To reduce the relative cost of creating such a library the cues were recorded in London, England where musician’s union fees were much lower at the time. Charlie’s contributions to the main title theme and to the original music library are a vital part of the show’s success.”

Unfortunately, Charles passed on in 1986. Bruce tells us, "Hopefully to that big orchestra in the sky. He certainly was delighted that audiences (and television producers!) enjoyed his music, and he continued writing (60-70 percent of background) scores for Primetime series such as "Fantasy Island," "Bionic Woman," and others up until his death. Although he never said it, I know he was proud of the fact that two of his themes, "Bandstand Boogie" (the "American Bandstand" theme) and "Days of Our Lives" were amongst the longest running title themes in history. Imagine how he’d feel now, twenty-some-odd years further down the time line." Bruce has worked in music his whole life. He says he was "raised among the music sheets, coffee cups, and microphone cables that fill every empty square foot of the studio not occupied by the musicians themselves." Though he has mostly been involved with pop records, he also worked with his dad, Charles, on his TV scores, as well as recording some of his notable chamber, vocal, and symphonic works. "I remain very proud of him and his talent."

When asked how he felt knowing his father is such a great part of soap opera history, Bruce says, ""Days of Our Lives" has proven to be a landmark series, and studying the history of it and its creators has proven to be a fantastic and nostalgic journey. I’m gratified that fans of the show are as enthusiastic about it today as they’ve ever been."

And Soaps.com and soap fans are grateful to Charles for that famous and impressive score, and we’re appreciative of you, Bruce, for bringing us this remarkable story.

Please feel free to head over to My Themes TV to listen to the audio file. Once you get there, browse audio files to find Days of our Lives.