Days of our Lives Actor’s Appearances! 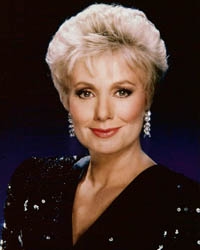 We love seeing our favorite stars on-screen but it’s even more of a treat for us to see them or talk with them in person. If it’s not enough for you to simply see them on-screen, please read through the appearances section. You might find an actor is coming to your city or you could see one of them on a special radio or TV appearance soon! Keep in mind that this is just a few of the appearances you can take advantage of. Check our News Room for more events!

If you have had the good fortune of being able to go along on an actor event, please contact us through the site and we may post your story!

As she posted on Myspace, Shelby Young (Kinsey) recently finished shooting “The Social Network,” where she stars in a supporting role.

April 19 through to May 3, The Equinox Cruise

Nadia Bjorlin will be at the Museum of Tolerance in Los Angeles at 6:00 PM in support of International Women’s Day on March 8, 2010 with Out of Silence: Readings from The Afghan Women’s Writing Project. The readings are presented by the Women’s Committees of the American Federation of Television and Radio Artists (AFTRA), Screen Actors Guild (SAG), Writers Guild of America, West (WGAW) with Producers Guild of America (PGA) as well as Women In Film International Committee (WIF).

Alison Sweeney (Sami) will be on the Bonnie Hunt Show March 2 to talk about DOOL, The Biggest Loser and her guest spot on Mercy.

Leann Hunley (Anna) will be seen as Joann, on an episode of “NCIS,” where she plays the ex-mother-in-law of Gibbs. She’s hired to play Joann in flashbacks from the 1980s. Check your local listings and stay tuned for the date she’ll be on the show.

Mark Hapka, Eric Martsolf, Nadia Bjorlin, Jay Johnson and Shawn Christian will be at the Days Charity Events Benefit for Alzheimer’s Association
at the Grand Hyatt International Airport in Dallas, Texas, Saturday April 17, 2010. For tickets or other information, contact Hedrick at (417) 876-3712.

Peggy McCay (Caroline) will be on Cold Case Sunday February 21, at 10:00 PM ET where she’ll play a circus performer, Zelda Panay. The team investigates the 1971 death of a teenage circus aerialist whose mid-act fall may not have been an accident. Check your local listings for more information.

Scott in ‘The Way We Weren’t’

James Scott, (EJ DiMera) will be seen in the short film called, “The Way We Weren’t,” written and directed by Alyshia Ochse.

James Scott plays opposite Alyshia Ochse in the film. The film will be seen in Louisville, Kentucky, February 20 at 9:30 PM.For more information about the film, please visit SM Film Festival. Buy tickets at the Derby City Film Festival website.

According to his fan website, February 14, James Reynolds and Jennifer Gilbert (Fox 45 News) will play Masters of Ceremonies for the Department of Veterans Affairs National Salute to Volunteers. This will be held at the Baltimore Joseph Meyerhoff Symphony Hall in Baltimore, Maryland.

Kevin Spirtas (ex-Craig) will be heading to Washington & Lee University in Lexington Virginia to shine once again in his one-man show. Fans can see him Saturday February 6 at 8:00 PM in the Keller Theatre. To purchase tickets, please head to LenFest or call the Lenfest box office at 540-458-8000.

Saturday April 24, Crystal Chapell (Carly) will be a keynote speaker for the 2010 HRC Mile High Gala. The event takes place at the Exdo Event Center, 1399 35th Street, Denver, Colorado. For more information about the event, please head over to Mile High Gala

John Aniston (Victor) will be at the American Hellenic Institute – Hellenic Heritage Achievement and National Public Service Awards Dinner on Capitol Hill, Washington DC, this Saturday, March 13, 2010 . Ticket cost is $300 per person. The reception starts at 6:00 PM and dinner follows at 7:00 PM. For more information, call (202) 785-8430.

Ashley Benson (ex-Abby) is starring in “Pretty Little Liars,” on ABC Family, and it has just been picked up.

John Aniston is on an episode of “Cold Case,” on Saturday February 27. Check your local listings for channel. It’s on at it’s usual time.

Charles Shaughnessy (ex-Shane Donovan) will play Mr. Christensen on CSI, along with Y&R and GH actors. Learn who else is on CSI, here.

Go on the third voyage cruise with a few DOOL stars. Check the link to learn who is going and when.

Mary Beth Evans – ex-Kayla, will be in a play starting February 3. “Barbara’s Wedding” runs for a month at the Blank Theater Company on Santa Monica Blvd. We’ll update when we learn more.

Alison Sweeney (Sami) will be on the tv show, “Mercy,” in March, as a guest star.

Crystal Chappell (Carly) will be on Bonnie Hunt Show Monday January 25. Check your local listings to find out what channel the show is on.

Kristian and Peter at Casino!

Meet Kristian Alfonso and Peter Reckell (Hope and Bo) at a Meet & Greet at River Cree Casino in Edmonton Alberta, Canada, Saturday, February 13 2010 from 1:00 PM – 2:30 PM, or 3:00 PM – 4:30 PM. Cost to you will be $279 per couple, which includes a meet and greet opportunity with a photo, and Valentine’s Day brunch at Sage, and overnight as a guest at Edmonton Marriott River Cree. Pay $179 per couple, and you’ll be able to enjoy everything except for the overnight stay. For more information, contact River Cree Resort.

Adrianne and Eric on Cruise!

Have a chance to set sail with Arianne Zucker, Eric Martsolf and Wally Kurth, on Rock the Soap Cruise, cruising out of Long Beach, CA to Encinitas, Mexico, Friday, April 9 – 11 2010.

Reminder! This past June, Soaps.com informed you that Scott Reeves and Melissa Reeves were doing a radio show called The Scott and Melissa Radio Show. Many are wondering when it begins. Please click the link for more information.

Days of our Lives Samantha's Friends...