Days of Our Lives’ Next Resurrection Mystery: Who Will Bring ‘Stabi’ Back From the Dead? 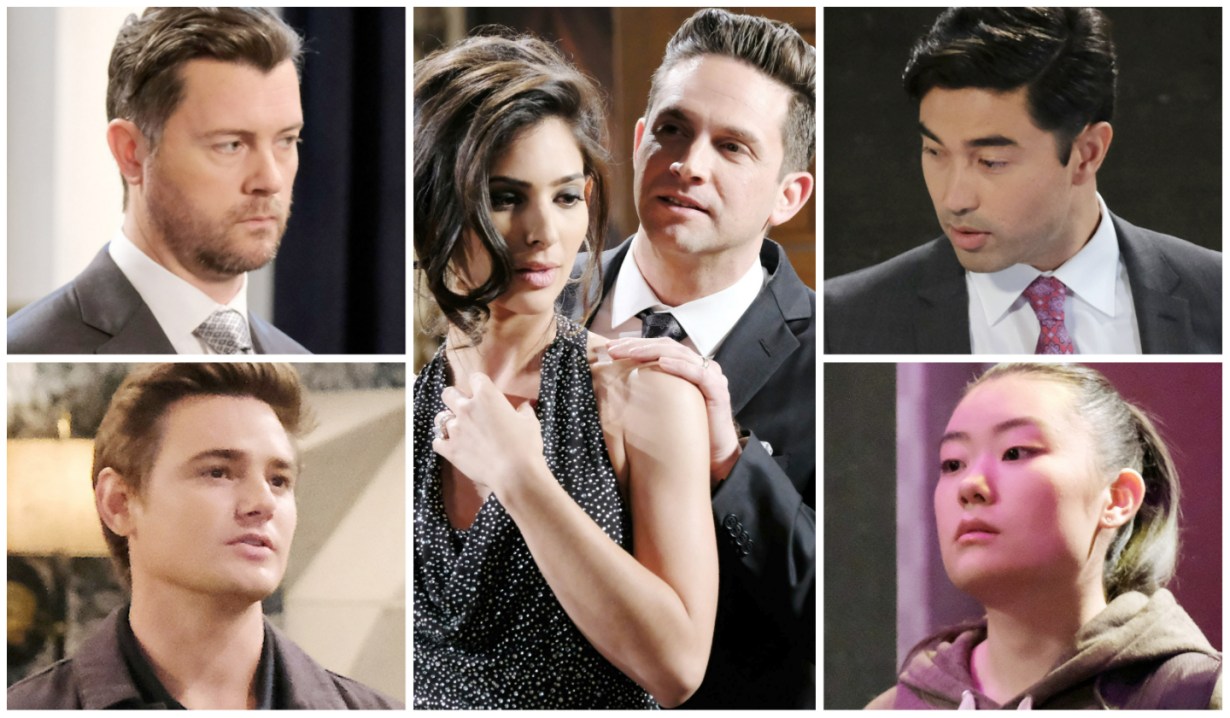 And who will save Stefan’s soul in the process?

OK, maybe we shouldn’t use the term “soul” here. That sounds a bit too redemptive, and Days of Our Lives’ Stefan has never exactly been a standup guy. But there is something uplifting about love, and what he once shared with Gabi was strong and true.

And though the journey may have a few twists and turns to get back there, as more and more folks clue into the fact that something is wrong with Stefan, it seems inevitable that it’ll happen. Now we just need to figure out who will expose the truth and break Rolf’s spell.

First off, there’s Gabi. She’s sure Dr. Rolf did something to Stefan in bringing him back, and we all know that once she sets her mind on something, she gets. If she decides to go after Rolf and force him to confess and undo his brainwashing, we don’t think there’s a whole lot that can stop her. Or how romantic would it be if she finally broke through Stefan’s artificial defenses and forced him to face what he certainly feels but was conditioned to run from.

But that would be a little too neat, wouldn’t it? Especially now that Johnny and Wendy have teamed up. 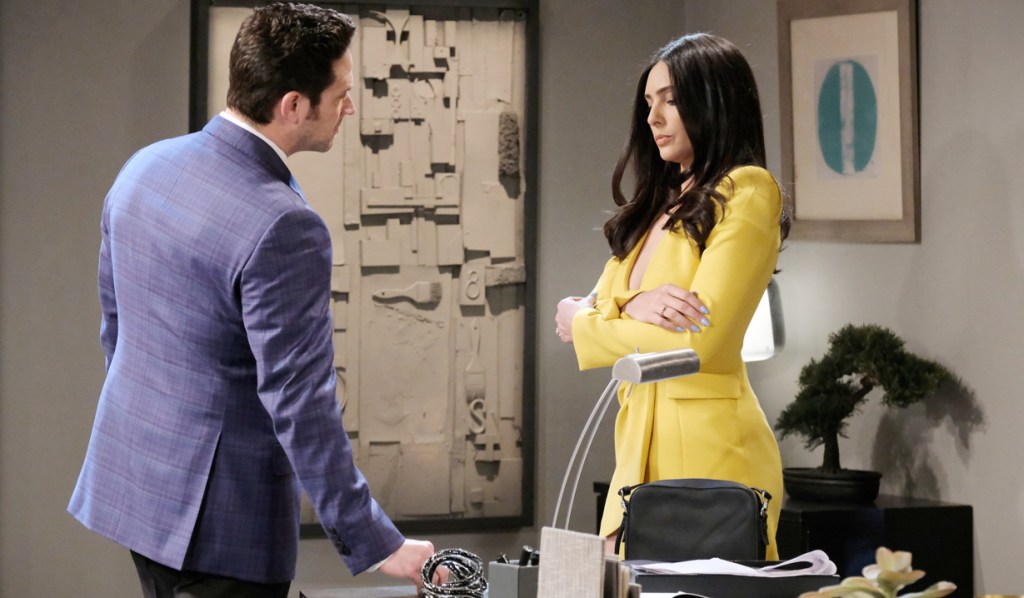 Johnny, too, caught on to the fact the Rolf must have scrambled his uncle’s brain, but for him, there was no question who did it: EJ. Like father, like son, and brainwashing was a favorite of Stefano’s. Johnny, however, didn’t have much of an avenue to investigate — until he bumped into Wendy. She’s got the technical knowhow to dig into what’s been going on, though her theory was that her brother, Li, was the one behind Stefan’s 180.

She’s at least partially right of course, and now that these two have teamed up, those chips on their shoulders about their families are going to be driving them hard to get to the truth. Plus, we can already see the sparks flying between them (along with the distrust) and having them fall for each other as they split Li and Gabi with the truth would be so beautifully poetic. 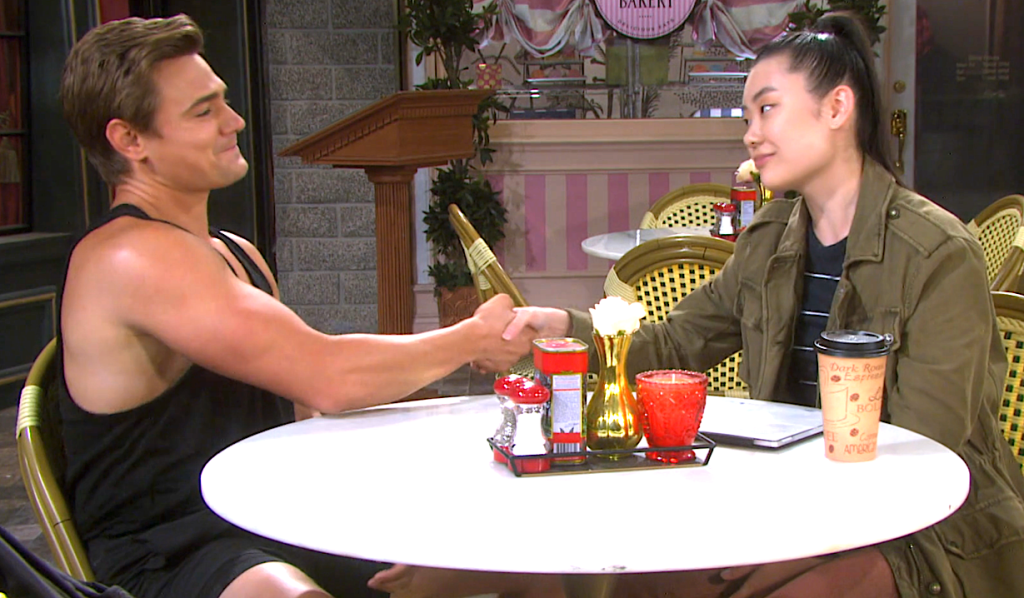 But maybe we shouldn’t just focus on the three determined to find out the truth.

Take Li and EJ. Now that they’re both in on the plan together, they’ve formed an uneasy alliance. But make no mistake; either one of them would turn on the other in a heartbeat if they could figure out how to get away with it. And if that means bringing Stefan back to his former “glory” in some way, either one would do it.

And finally, let’s not forget Kristen. She’s the dark horse here. Now that she’s got the orchid to bargain with Brady for Rachel’s custody, that part of her plan is in place. But playing that dirty and holding Marlena’s life over Brady’s head isn’t likely to score her points in the romance department with him. But maybe if she called Stefan off of Chloe…

It would be a longshot, but Kristen may decide she needs to score some redemptive points and worry about how to split Brady and Chloe another way. Besides, Stefan hasn’t exactly been a ringer with his ex as he’s been too busy playing in the DiMera “snake pit” as Johnny described it. Granted, she’s the one who caused the whole mess to begin with… but hey, confession is good for the soul, right? 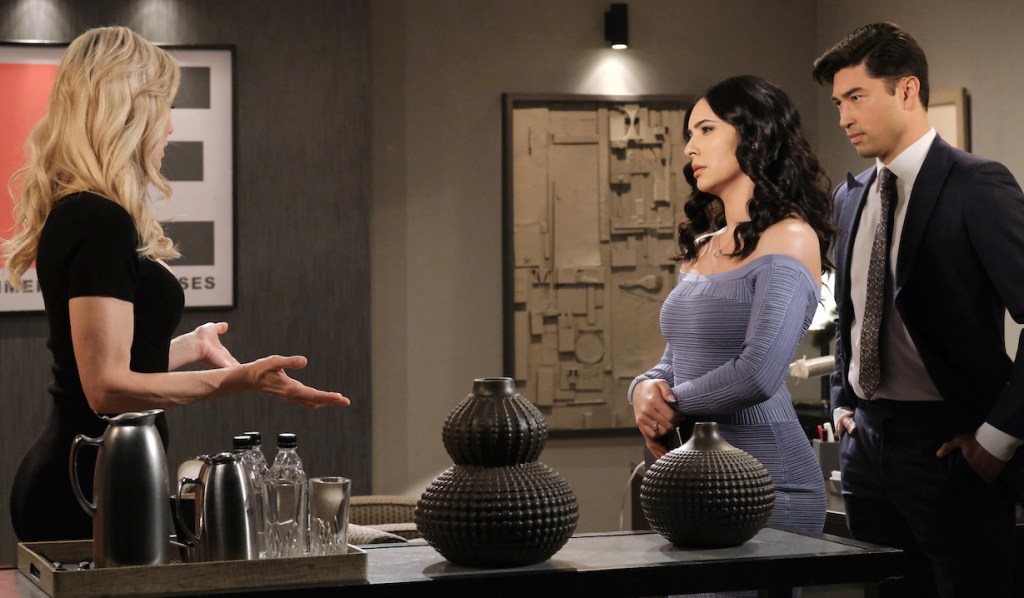 Actually, there is one person who may surprise us and undo Stefan’s conditioning: and that’s the man himself! Spoilers for next week hint that he’s finally realizing that Kristen may have done more than just bring him back to life. The question is: Will he care?

We’re already seeing him recover memories but ignore them. He doesn’t want to feel anything for Gabi. And if that’s a powerful enough motivator, him finding out the truth may not make a difference. Maybe he’ll prefer things as they are now.

And maybe, in the end, that’s the kicker. It won’t matter who exposes the truth if Stefan decides he doesn’t want to go back. In that case, fans would have to face a horrible realization: ‘Stabi’ could be beyond saving.

More: Camila Banus shares a special time with her mom

Days of Our Lives now airs exclusively on Peacock. To make sure you never miss an episode, click here. Please note that if you purchase something by clicking on a link within this story, we may receive a small commission of the sale.

Take a look at our photo gallery of Gabi’s wild life to remember why Stefan (reluctantly) fell for her the first time! 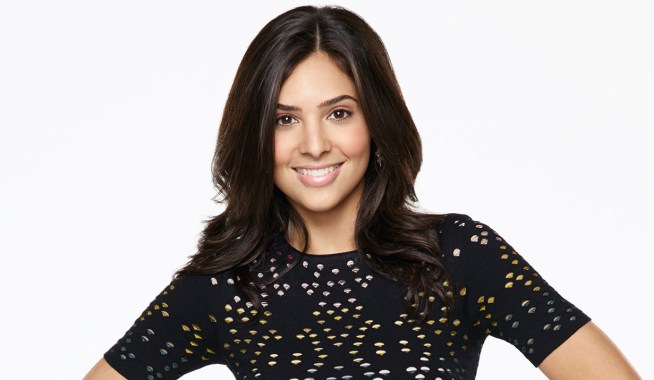 Brace Yourselves, Days of Our Lives Fans: The Unthinkable May Be About to Happen — and That's *Not* Even the Biggest Shock Headed Your Way 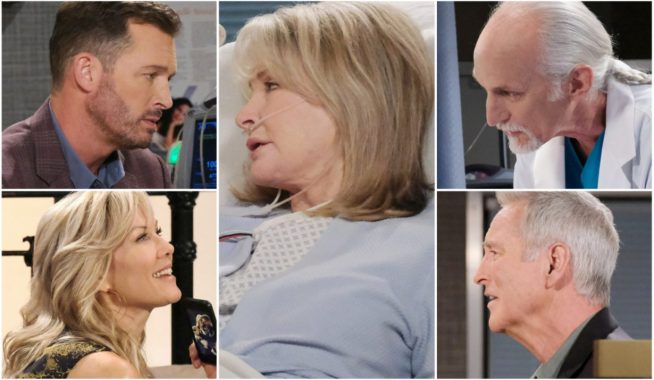