Ya Blew It, Days of Our Lives: Jennifer’s Exit Throws Away a Chance at an Epic Battle That Would’ve Made Fans’ Heads Explode 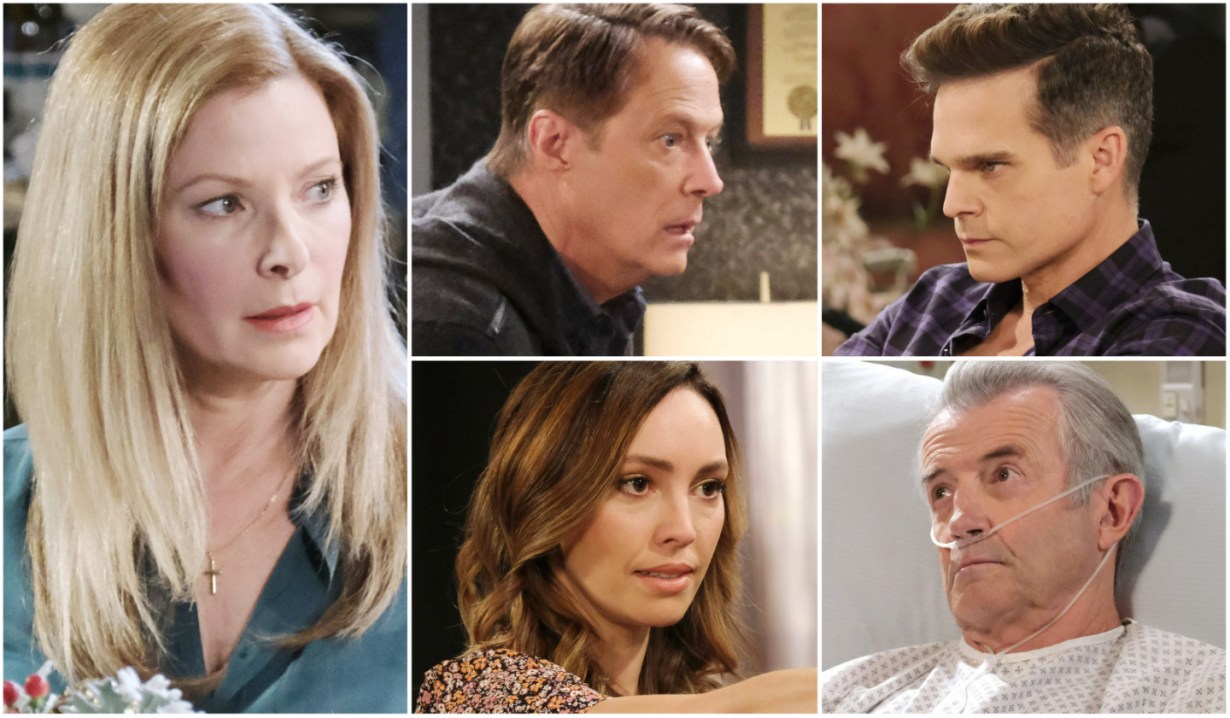 We doubt many fans would have been upset by this attempted smackdown.

Characters in the daytime world are rarely black and white. Oh, there are the outright villains, yes, but mostly we get characters who are a mix of good and bad, often doing horrible things for good reasons — or just prone to making mistakes.

Days of Our Lives’ Jennifer, though, is about as clear-cut of a heroine as they come. Heck, even as horrified as she was when Abigail told her Gwen claimed to have killed Laura on purpose, Jennifer still understood why Gwen would want her mom dead after all she did to destroy her life.

So the way the drug abuse story zipped by and wrapped up so neatly in a bow, seems like such a missed opportunity to explore a darker path and give fans a true fight between Jack’s wife and his daughter. 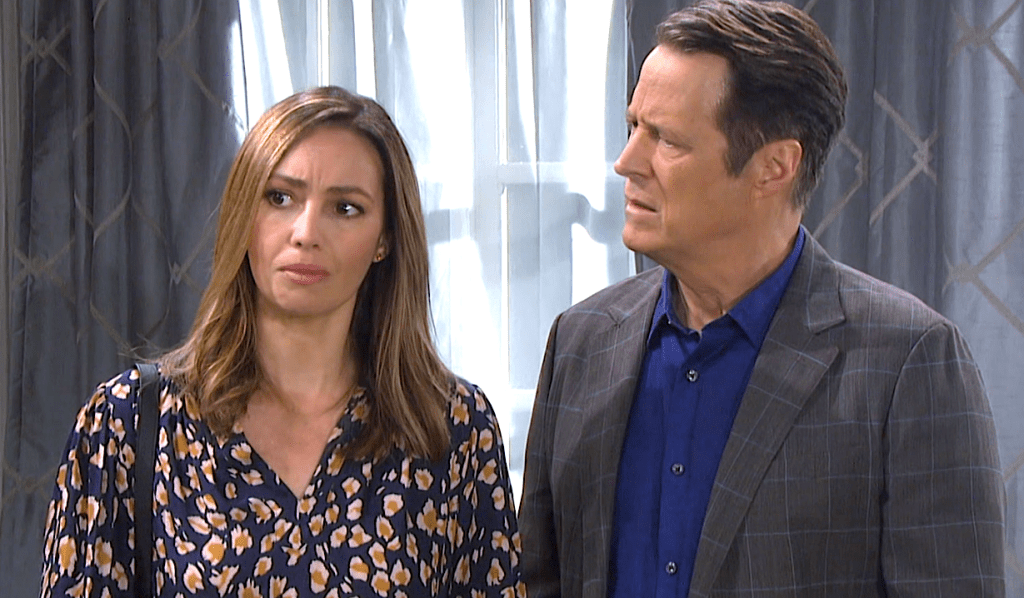 Gwen got off far too easily with the burden she shared with Jack.

We got one brief flash of an untethered Jen threatening her Gwen gave us a peek at what we could have had… only for the show to pull back and take the easy way out. At the time, Jennifer seemed to put Gwen in an impossible position. Tell Jack and risk her stepmother twist it around to turn him against her or keep it a secret and risk Jack finding out and turning on his daughter.

Instead Gwen just… told him. And it may not have even mattered, since Jack found the pill bottle on the floor anyway and a quick attempt to give it back to Doug would have clued him in even without being tipped off.

Jen had about a moment of denial and anger, then had her drugged driving moment and sought help.

It would have been so understandable for Jennifer to snap and go after Gwen, and it would have given her a chance to go down a dark path without ruining the character and without making her irretrievable. Between the pills, the loss of Abigail and Gwen’s constant messing with Jen’s family, the fact that she didn’t go nuclear is downright miraculous.

Not even Clyde’s capture could fix things since, as Jennifer told Chad, “It’s not enough. It’ll never be enough.” Plus, there’s still Laura’s death. Julie sure as hell doesn’t believe that it was an accident, but she’s about the only one now.

But if Jen started going after Gwen and either threatened her to keep her mouth shut or tried to ruin her after she told Jack, they could have revived the uncertainty as Gwen finally had enough and pushed back and brought it up again. That would have lent an undercurrent of tension to just about every scene she had with her father’s family thereafter — even long after Jennifer was gone.

It still could have culminated in much the same way, with Jen accidentally running Gwen down, but the tension would have been so high by then, everyone might genuinely have struggled more with whether it was intentional or not. 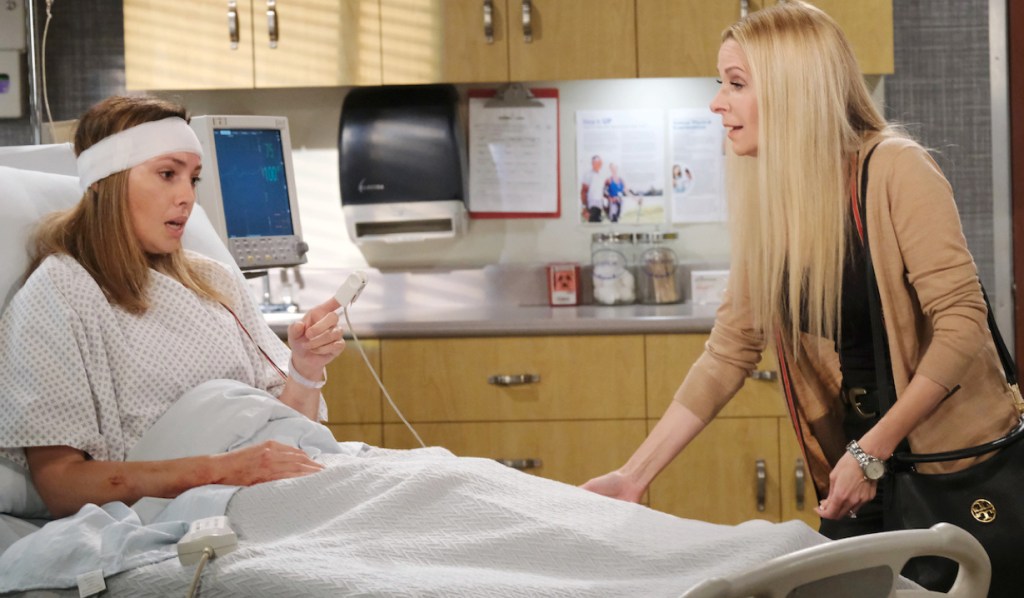 “And I’ve got one more thing to tell you, Jennifer! How dare you — what is this bloody thing on my finger?”

Then once it’s revealed to be an accident, Jen could have realized just how much she’d hit rock bottom and the eventual redemption of Gwen and integrating her into the family would have been more of a struggle than what it seems we just got. Heck, before we got there, Gwen might have been fed up enough to give in to Leo and agree to try blackmail to get Jennifer off her back.

No one wants to Jen’s character ruined, but there were still so many juicy, dramatic story opportunities that we could have gotten. And let’s face it, even if Jennifer was ultimately in the wrong on this one, how many fans wouldn’t have loved to see her try to destroy Gwen?

Instead, everything was tied up in a neat bow, everyone loves each other and Jen’s off to rehab with Mike.

Ah, what could have been.

Check out our then and now photo gallery of Beverly Hills, 90210‘s stars, a show that knew how to do feuds right! 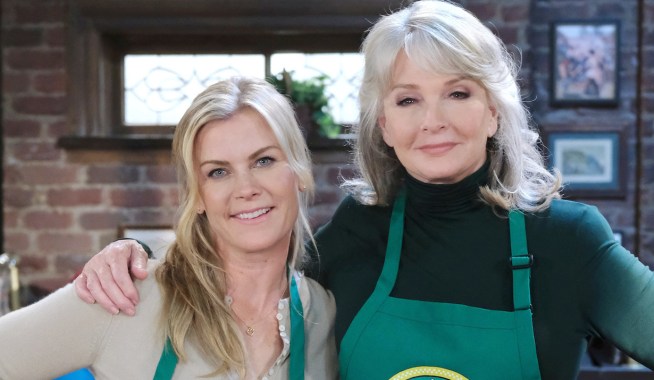 Move Over, Marlena! Meet That Girl Who's the New Mom of Days of Our Lives' Alison Sweeney