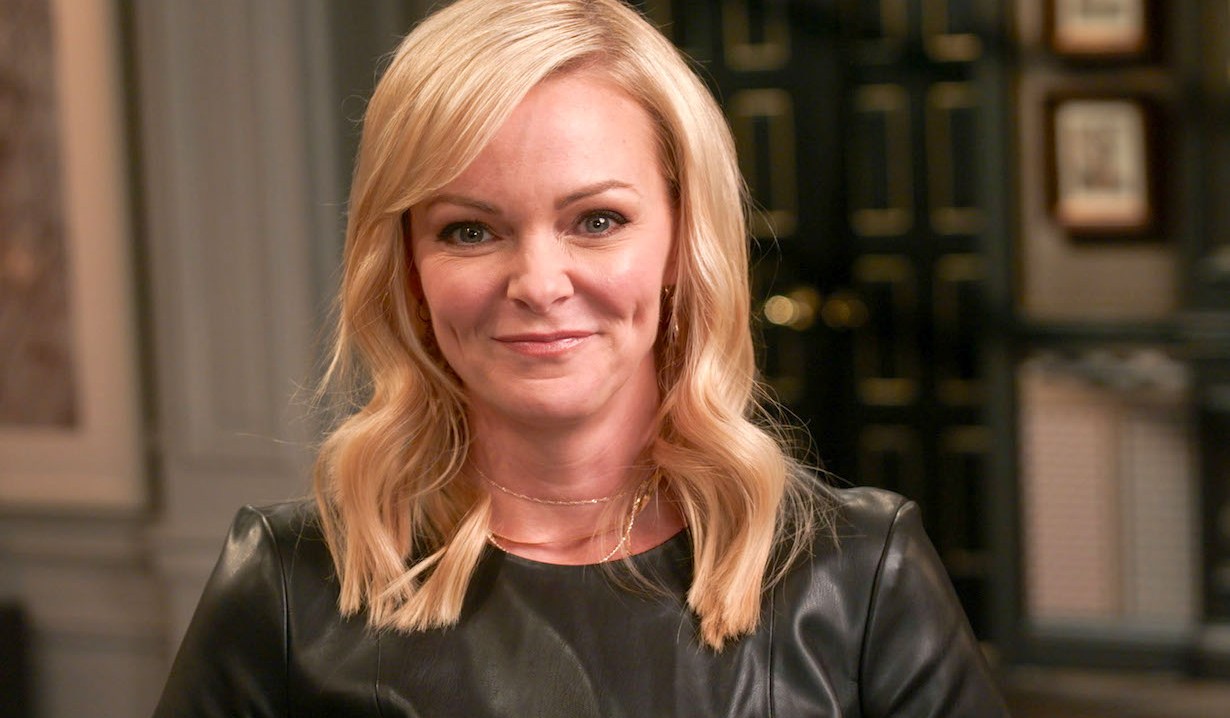 We all should have a “TV mom” like Deidre Hall.

On Aug. 10, 2004, Martha Madison made her debut on Days of Our Lives as Belle Black. Eighteen years ago seems like yesterday and ancient history at the same time. The funny thing is that when the talented actress stepped onto that set for the first time, she had no clue the role was hers. Revealing that it was “one of the most memorable days” of her life, Madison shares with Soaps.com that she “had not been hired for this job after the screen test” — somebody else had won the role. Yet she was still asked to come to the studio that fateful day, even though neither she nor her agent had any idea why.

“The executive producer essentially said, ‘We want you to be our Belle, and you’re going to shoot two episodes today, so here are your scripts. Don’t panic, go to hair and makeup. We’ll have people helping you all along the way.’ So that was my first day,” she laughs.

Madison already had two episodes under her belt before she could even share the exciting news with her mom. Better still, she was supposed to do a shift at a restaurant that night! “I had to call them after and say, ‘Yeah, I’m actually not coming in, I got a role on Days of Our Lives,'” she recalls. 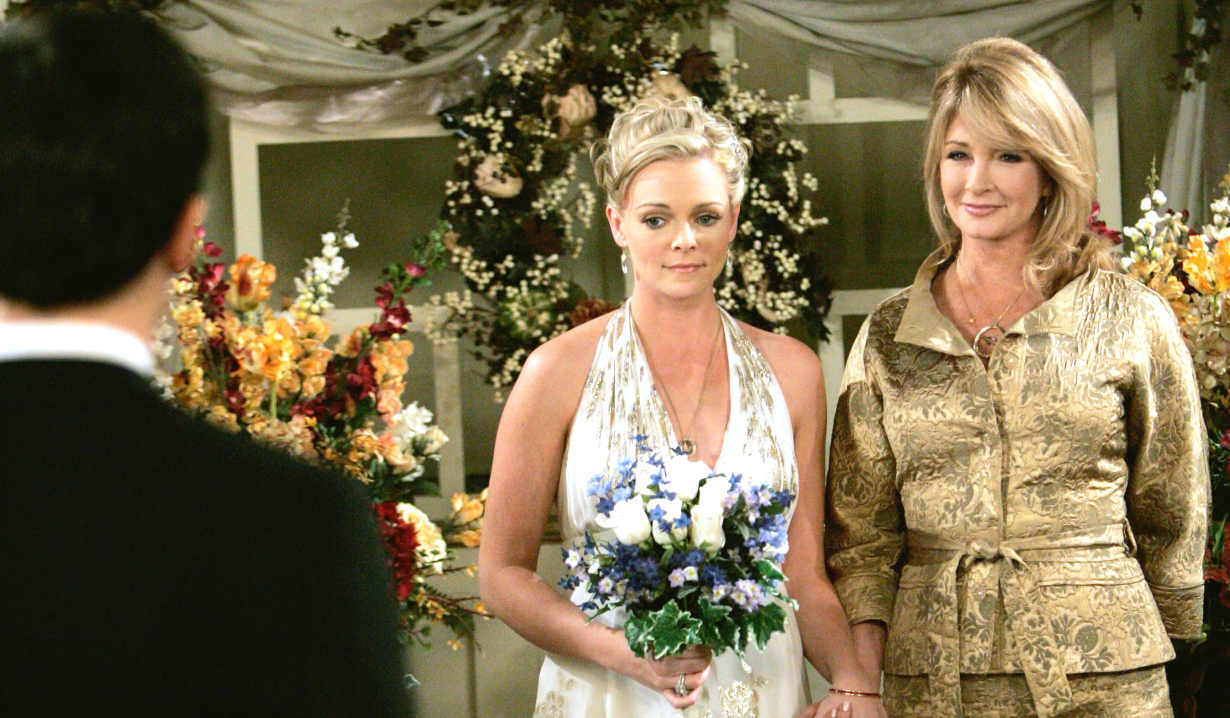 More: How Martha Madison prepared her co-star for angry fans

Madison credits Stuart Howard, the Days of Our Lives stage manager at the time, and Farah Fath (ex-Mimi), for being fantastic “ambassadors” on her first day on set. She praised Fath for running lines with her and giving her “the lowdown on everything that had been happening up to that point” in Belle’s storyline.

Madison also made fast and lifelong friends with Heather Lindell (Jan), but there was someone else who made it known that she had Madison’s back: TV mom Deidre Hall (Marlena). “She said, ‘If anyone messes with you, you come talk to me. I got you,'” recalls Madison.

With the newcomer having so many on-set guardian angels, you would think she settled into the Belle role quickly, but it wasn’t that simple. Because the major life and career change “happened so abruptly and so quickly,” she didn’t “give much thought” to the fact that this character had been played by a host of young actors before her, including Kirsten Storms, who had a five-year run on the show (before joining General Hospital as Maxie).

“I didn’t really think about it being anybody else’s before mine, mainly because I just didn’t have the bandwidth to do that,” Madison admits. “So it took me a little while. When I settled in, I started to understand that there was going to be fan feedback. It wasn’t part of the equation in my mind. That’s when I started to realize, ‘Oh, oh, OK, I’m going to have to earn this and have to work really hard for this.'”

For more of our chat with Martha Madison — including her thoughts on Belle and Shawn’s breakup — check out the entire interview above. Then visit our photo gallery below to relive Belle’s life, loves and feuds with Jan!

<p>After her black market brush as a baby, Belle (then <em>General Hospital</em>‘s Kirsten Storms) grew up and fell in love with highschool sweetheart Shawn. But so did Jan! Practically from day one, she’s managed to wrench Shawn’s gaze from his true love pretty much every time Belle so much as closes her eyes.</p>

<p>Once upon a time, Mimi, Philip (Kyle Brandt at the time), Belle and Shawn were the best of friends while they swung through the air with the greatest of ease. Yeah, the Horton charity circus was weird, but look at that smile! Enjoy happiness while you have it, Belle. It’s <em>not </em>going to last. </p>

<p>Thanks to a slew of complications (including, of course, Jan), Belle and Shawn couldn’t quite make things work. Instead, Belle jumped ship from Shawn to Philip. After she blindfolded and gagged him? This is a judgement-free zone, but that’s a little weird to do in public…  </p>

<p>Philip and Belle (now Martha Madison) soon married in a lovely ceremony, which was capped off by a performance art piece when Shawn crashed his motorcycle through the church’s window. Seeing as how Belle was standing in <em>front </em>of that window, though, it didn’t go quite as planned. </p>

<p>In love with Shawn again, Belle was set to leave Philip until he lost his leg overseas while serving in the Marines. Then, she found out she was pregnant with Claire. But Claire turned out to be Shawn’s, instead of Philip’s and wow, suddenly this heartwarming new baby photo just got a whole lot more awkward.</p>

<p>Heartbroken, Philip (now Jay Kenneth Johnson) ran back off with the Marines. But after more overseas injuries forced him to get reconstructive surgery, he secretly returned to win custody of Claire after proving he was <span style="text-decoration: line-through">the most dramatic phantom of them all</span> her legal guardian, since his name was on her birth certificate.</p>

<p>There was no way Philip was getting Claire, so Belle and Shawn kidnapped their own daughter. They then got stranded on a deserted island in Canada and lost Claire in a typhoon, only to discover her alive and well in a Chicago child pageant… as a boy! Forget the trapeze stuff, this was the true circus.</p>

<p>Reunited, Shawn proposed to Belle. She accepted, but when her dad “died” (don’t worry, John was just getting his bi-annual brainwashing from Stefano), she turned to Philip for comfort. One thing led to another and they were soon getting all hot and bothered in the church pews!</p>

<p>This wedding photo just about sums up where things were by the time Belle and Shawn made it down the aisle. We aren’t sure what Shawn’s problem was, though. Sure, Belle soon confessed to sleeping with Philip, but at least no one rode a motorcycle into his ceremony!</p>

<p>Belle and Shawn’s marriage was about to set a world record for being the shortest ever, but then Claire caused a bunch of drama again when she went and got kidnapped. It turns out Grandma Colleen Brady brought the tot to Ireland because… Look, at least she wasn’t in a pageant in Chicago.</p>

<p>Those of the faces of folks who are just <em>done</em> with their family vacation. Belle and Shawn got Claire back, only for their plane to crash on the way back from Ireland. Luckily, they realized their bond was just as unbreakable as their bodies and the couple decided to give the whole marriage thing a go!</p>

<p>Figuring they should skip town before they misplaced Claire again (wait, where is she??), Belle and Shawn said farewell to the family and hopped on their boat, <em>Fancy Face IV. </em>They then spent the next eight years or so sailing around the world with Claire, just like Bo and Hope did with Shawn!</p>

<p>By the time the family returned, Claire was grown up and — hold on… Didn’t she use to have dark hair? *Checks last couple photos* Yeah, she did. Are Belle and Shawn sure they didn’t lose their kid while sailing around the world and pick up the wrong one?  </p>

<p>Belle and Shawn left town pretty quickly once Belle accepted a job offer from Chad to go work for DiMera in Hong Kong. This was after he tried seducing her while brainwashed by Andre. In other words, it was a day that ends with “Y.” Claire, though, stayed behind with John and Marlena. We’re sure that’ll turn out fine. </p>

<p>Belle and Shawn returned to town a couple years later to help Claire recover from going pretty far off the deep end and trying to kill Ciara and herself. All those kidnappings and child pageants might not have been the healthiest atmosphere for poor Claire. Who would have known? </p>

<p>Jan returned shortly thereafter (thanks to Sami) to begin a rein of terror was only ended when Philip bonked her over the head and put her in a coma. Convinced Jan was faking, Belle pulled the plug. The bad news: Jan wasn’t faking. The good news: Belle freed up an outlet to charge her phone.</p>

<p>Shawn and Belle finally seemed to have worked things out, but then MarDevil started running around with the utterly diabolical plan of… screwing up everyone’s relationships? Part of that murky plot involved waking Jan up from her coma and transforming her into Belle to trick Shawn into bed. </p>

<p>Trying to throw folks off his scent, next JoDevil (Satan had jumped from Marlena to Johnny) took up temporary residence in Belle. The good news is, she got to throw one heck of a slumber party/exorcism before the Devil hopped back into Johnny!</p>

<p>All was well once Belle was free of Satan’s diabolical influence — at least until Jan revealed she was pregnant with Shawn’s baby! It turns out, Belle did <em>not</em> stop them in time when Jan was impersonating her. Fortunately, Belle knew exactly where to point the blame: Jan! Kidding, she blamed Shawn. </p>

<p>Ticked at Shawn for lying about (unwittingly) sleeping with Jan, Belle separated from her husband and fell for EJ. Then she fell into his bed. Their tryst culminated in a passionate romp or two before Sami burst in on them and <em>flipped out</em>. At least this time she didn’t try selling Belle on the black market.</p>

<p>Shockingly, Jan lied about the baby being Shawn’s. Little Shawn Christian was, in fact, Evan Frear’s, having been conceived in prison. Though Shawn vowed to fight to keep custody, Belle sadly told him there was nothing they could do. And by sadly, we’re pretty we’re pretty sure she was doing joyful cartwheels as soon as she was offscreen.</p>

<p>With the baby gone and having realized a relationship with EJ would be trouble, Belle wanted to make a go with Shawn again. Time will tell if they finally make it work, though, since Evan’s probably still swimming around somewhere and Jan’s running around with little Shawn Christian (or whatever his name is) vowing to return to Salem!</p> 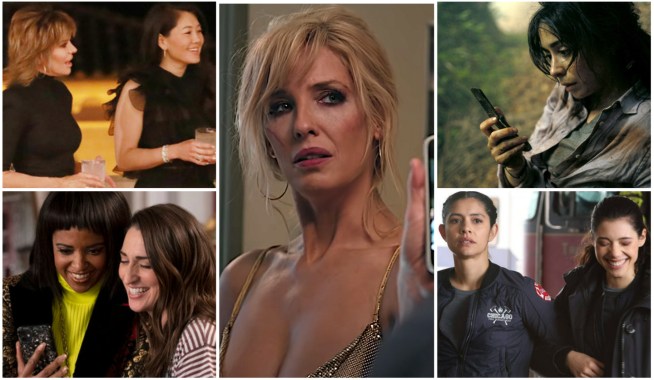 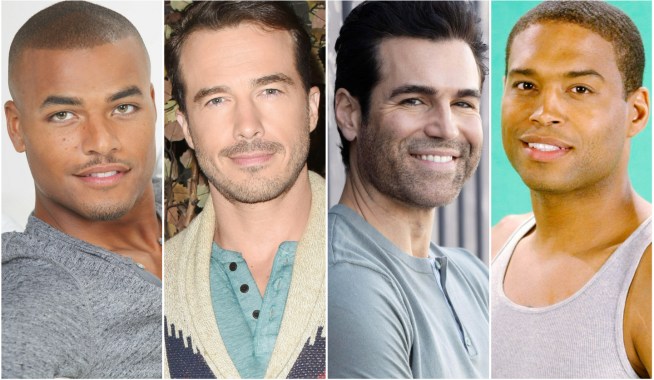