As They Approach Their First Anniversary, Days of Our Lives’ Carson Boatman and His Missus Reveal the One Thing They’ll Never Understand About Each Other 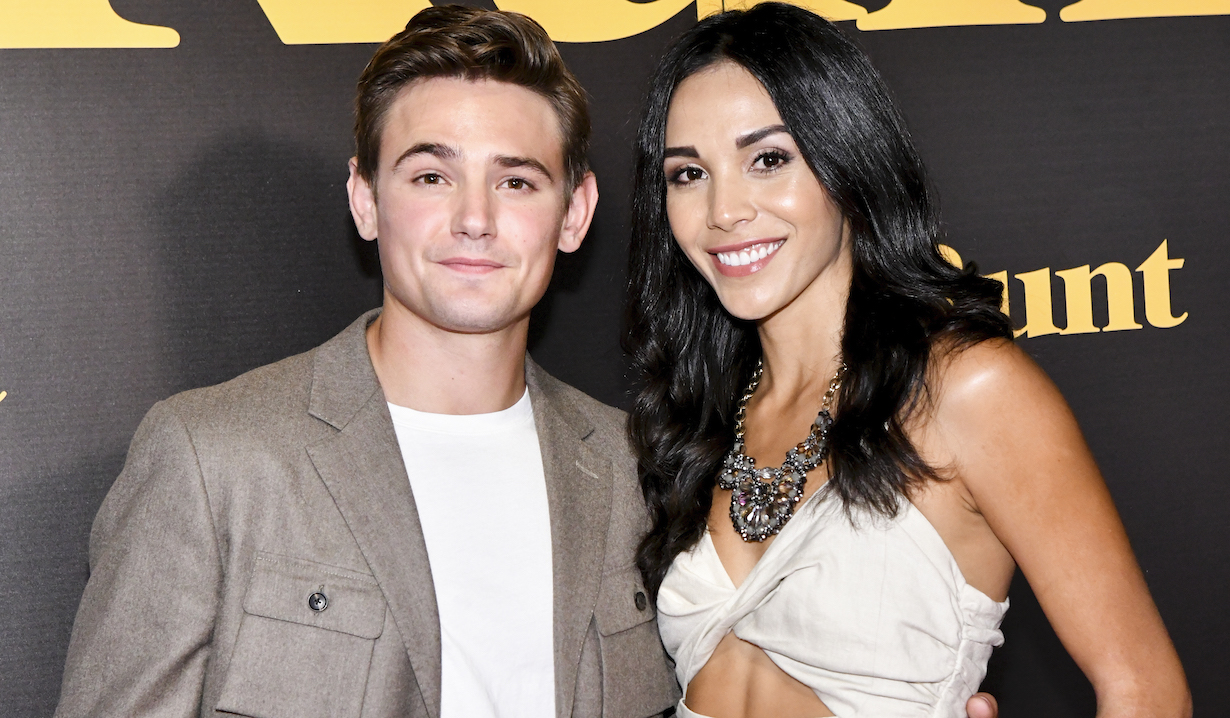 Johnny’s portrayer and Julana Dizon tied the knot on July 23, 2021.

Being married and all, Carson Boatman and model Julana Dizon probably get one another pretty well, right? But there is “one thing we’ll never understand about each other,” the Days of Our Lives star admitted on Instagram on July 8. And that thing? Packing.

In a hilarious lip-synch video — to what, we’re not sure, but it certainly is funny — Dizon questions what Boatman is bringing on their trip. This leads to a zany testament to the virtues of flannel shirts, whether or not they’re missing buttons, and a stirring defense of blue jeans.

We’re not doing the clip justice. Watch below; you can thank us later.

The couple will celebrate their first anniversary as husband and wife on July 23. “These last five years with Julana have honestly been the best years that I’ve had so far,” Johnny’s portrayer told People when they wed. “I love spending every day with her, and I’m just looking forward to spending the rest of my days with her.

“Just doing life with Julana,” he added, “is what I’m looking forward to.”

Get your first look at Days of Our Lives: Beyond Salem, Chapter 2 — and your last look at Ben and Ciara — in the below photo gallery.

<p>As <em>Beyond Salem </em>kicks off, Ben and Ciara are traveling the world aboard their new boat, the <em>Living In Cin.</em> First stop? Montreal, to catch up with her mom, Hope!</p>

<p>Something tells us that with so much time having passed, Hope is thrilled to have Ciara back in her arms. And although Bo — as in Hope’s hubby, not her grandson — can’t be there in person, something tells us he’s watching over them. </p>

<p>See, we told ya! Now, why Bo Brady has to be the one Salem resident for whom death is permanent, we don’t know. But there’s something comforting about knowing that he’s watching over his loved ones from above. </p>

<p>Meanwhile, in San Francisco, John’s son Paul is definitely into the spirit of the season. The gay pride season, that is! </p>

<p>It looks like it might be a good thing that John’s visiting Paul. After all, it’s never a good thing when the cops show up at your party. (Unless, of course, said cop turns out to be a stripper… ) </p>

<p>John is clearly getting into the spirit of the occasion, even donning his own rainbow shirt. Looks like he’ll also get a chance to meet some of Paul’s California friends, including Terrence. </p>

<p>Headwriter Ron Carlivati promises that Chapter 2 of <em>Beyond Salem</em> will feature both danger and intrigue… and unless we’re mistaken, this pic shows John stumbling upon one or the other. Possibly even both! </p>

<p>Where John goes, you’re almost always going to (eventually) find Marlena. The only question this time is in which of <em>Beyond Salem</em>‘s multiple locations the two wind up reuniting! </p>

<p>Look for one of the major plot points to unfold in Hong Kong, where DiMera is hosting a gala. That’s where we’ll find Gabi and Li, about whom we’ll finally begin learning a bit more, including the fact that he has a sister. But more on her in a moment… </p>

<p>Now why would Steve and John be wearing tuxedos? Something tells us they might just be heading to the DiMera gala. Because heaven knows that soap opera parties are where all the seemingly disparate stories come together! </p>

<p>Good thing Marlena packed this little off-the-shoulders number, all the better to attend the gala with her handsome hubby! Although the look on John’s face seems to be saying, “What are you doing here?” Could she possibly have crashed the shindig? </p>

<p>Looks like Kayla’s not about to sit on the sidelines while the rest of the gang is heading to a gala! </p>

<p>Meanwhile, in Seattle, we catch up with Tripp, who recently left Salem to visit siblings Stephanie and Joey. And while that <em>is </em>Joey in this picture, it’s not Stephanie. Remember earlier we told you we’d be circling back to Li’s sister? Meet Wendy! </p>

<p>Kayla, Tripp and Joey are clearly conerned about something… but what? If only there were a way to see what the three of them are looking at. Oh, wait, there is! Simply click to the next photo! </p>

<p>Ack! Apparently, the concerned family is at the hospital visiting Stephanie. But what landed her in the facility… and how does it connect to the other events unfolding around the world? </p>

<p>Thankfully, Stephanie has her parents by her side as she recovers from… er, whatever landed her in the hospital Might spending time together convince Stephanie that she wants to return to Salem? </p>

<p>Among those we’ll encounter in Paul’s story is Andrew, who happens to be the son of Steve’s sister, Kimberly, and her husband, Shane. (Longtime viewers will recall that for a time, it was believed Victor fathered Andrew, but that proved untrue.) </p>

<p>We have absolutely no idea what’s going on here, but is anyone going to complain about a picture of handsome guys like Paul and Andrew in bathing suits? We thought not. </p>

<p>Is it getting hot in here or… oh, it is. Because the water in a hot tub is, as the name implies, heated. Also, who wouldn’t melt a little at Paul’s smile? </p>

<p>Joey and Tripp are both good guys. But they’ve also each gotten into their fair share of trouble over the years. Will they be good influences on one another? </p>

<p>Having only just left Salem, will Ben and Ciara’s latest adventure find them sailing directly into danger? And given that the characters are no longer appearing on <em>Days of Our Lives</em>, how long until we get to see them again? </p> 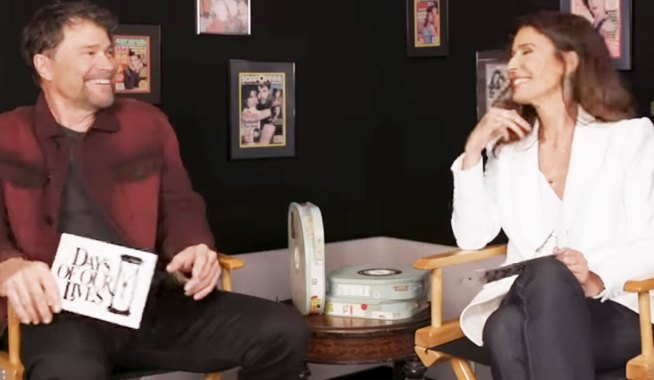 As Days of Our Lives’ Bo and Hope Are Reunited, Peter Reckell and Kristian Alfonso Untuck the Details of a Bedroom Scene Gone Hilariously Awry 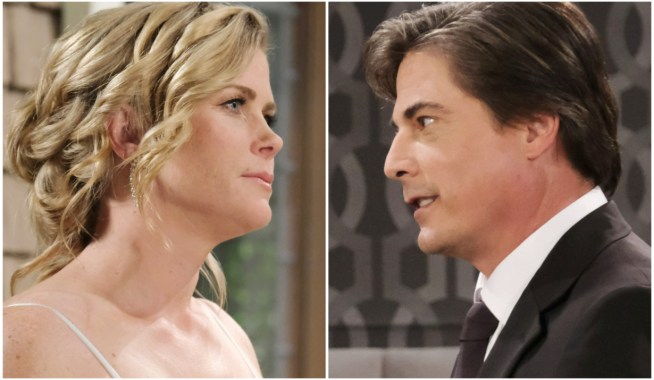