Credit: John Pascal/JPI
OK, but it is good advice!

Yes, Greg Vaughan has brought Days of Our Lives‘ Eric back for real! We just thought we’d remind you because so far, Sami’s brother hasn’t gotten a lot of screen time. But then what do we expect when the devil’s running around, double weddings are blowing up and abusive exes are being taken down?

What started out as what seemed like a slow burn between him and Nicole has, for the moment at least, fizzled out. But the devil can’t dominate forever, and it seems like Father Brady is overdue for one final showdown with Satan before he’s banished forever.

But while fans have been waiting to see more of Eric, Vaughan took to social media to show them more of himself. He posted a photo on Twitter and Instagram showing off the hard work he’s been putting into his body with a little (Who are we kidding? A big) flex!

“The real flex is letting people talk s*** about the old you,” he wrote, “while you’ve healed, allowing you to evolve the new you.”

The real flex is letting people talk shit about the old you, while you’ve healed, allowing you to evolve the new you 👊🏼🙏🏻 #keepclimbing pic.twitter.com/0saY2hOCYn

Fans responded to both social media accounts, letting him know how right he was about the advice — when they weren’t commenting on what he’s been hiding under Eric’s work clothes! Then there were his daytime pals.

Bold & Beautiful‘s Krista Allen (Taylor) — whose first daytime gig was in Salem playing Billie — responded with a, “Yessssss.” And when Young & Restless‘ poor, deceased Rey, Jordi Vilasuso — who played Hernandez sibling Dario on Days of Our Lives — responded with a fist bump, Vaghaun took the time to congratulate him for his Lead Actor Emmy nomination!

But it was Martha Madison’s slew of fire emojis that ended up being the most entertaining. Fan Scott Chisholm cautioned “Belle,” writing with tongue firmly in cheek, “Careful…that’s your brother you’re looking at!” Madison’s response was the same as the rest of us: laughter!

Either way, his message is worth listening to. Who cares what others think, so long as we’re always working to make ourselves better? Thanks for the words of wisdom! And we’re pretty sure no one is complaining about the photo, either.

Take a look at our photo gallery of the life and times of Eric Brady. 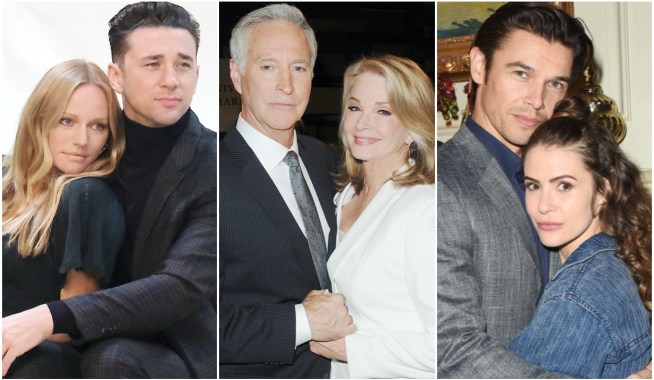 Days of Our Lives Exclusive: What Headwriter Ron Carlivati Has in Store *After* the Devil Gets the Hell Out of Salem Will Leave Fans Crying Hallelujah!

As Days of Our Lives Nears the End of the Devil's Reign of Terror, [Spoiler] Is Killed — But There's a Twist 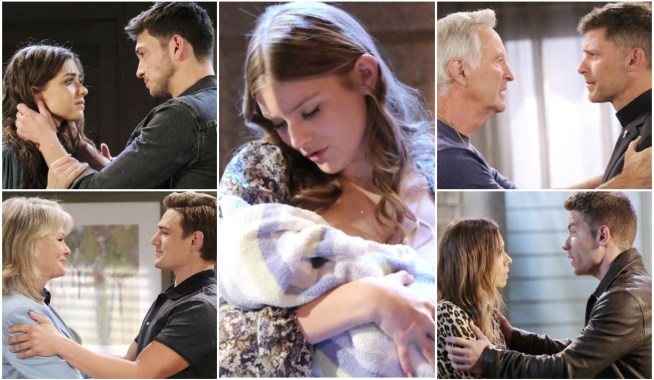