Days of Our Lives Exclusive: Gwen and Sarah Better Watch Out, ‘the Ultimate Cougar’ Could Soon Sink Her Claws Into Xander 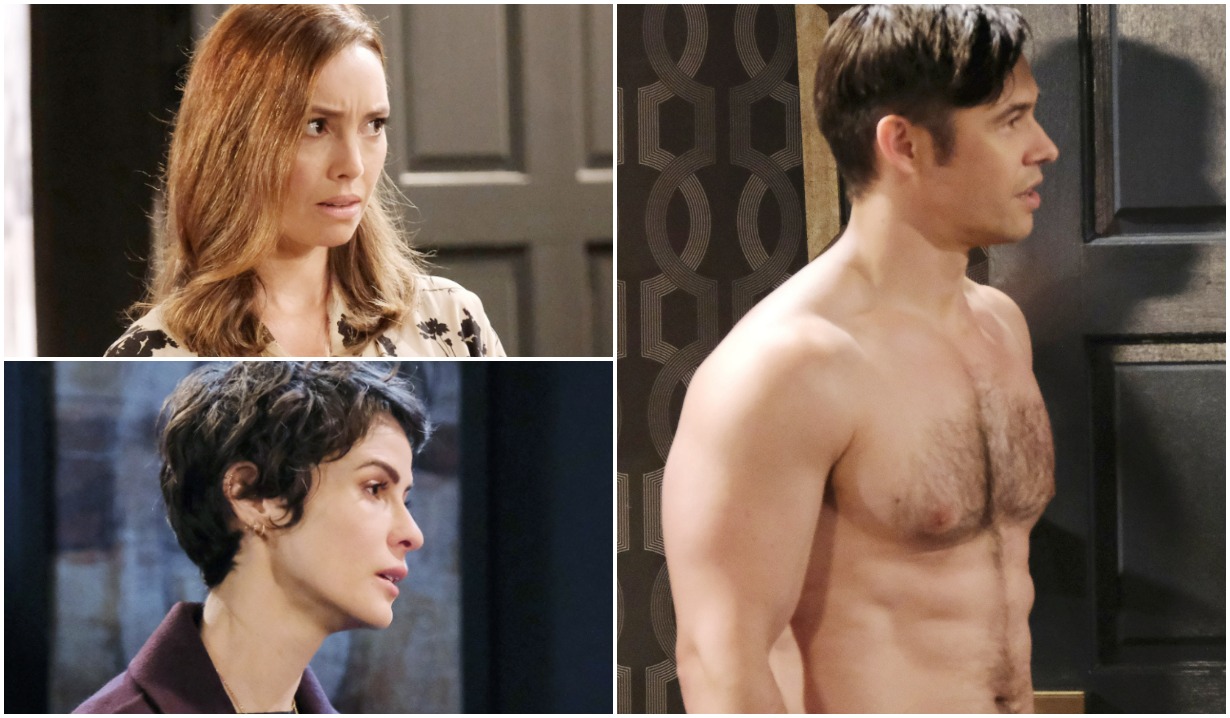 This is one encounter we’re dying to see!

Days of Our Lives‘ Xander is having a miserable time right now, what with learning that the love of his life, Sarah, will probably be lost to him forever now thanks to his consolation love, Gwen, drugging her into thinking she’s a child. Which, you know, happens sometimes.

But playing that kind of drama has got to be intense, which is why we can totally understand why Paul Telfer would be out unwinding with his wife, Broadway actress Carmen Cusack. It turns out, though, that the show they took in was performed by none other than drag legend Miss Coco Peru!

More: Remembering Bo on the anniversary of his debut

“They are the sweetest couple,” Peru shared on Instagram of meeting the duo, “and two of my favorite Coco Puffs.”

Telfer, of course, was thrilled as well, tweeting out how much of a “treat” it was to meet her, “And to see your incredible show!”

But that was just the beginning of an encounter that has several Days of Our Lives actors already plotting to get Miss Coco to Salem — which naturally prompted us to turn to the queen herself to get her take!

Such a treat to meet you Coco! And to see your incredible show!

It all started when Jackie Cox gushed on Twitter about seeing Telfer, Cusack and Peru together. The Scottish actor jumped right in, tweeting that Coco is “incredible! Let’s get her to visit you and Matty/Leo/Greg Rikaart in Salem!” He then dubbed the two queens and the con the “#LoatheTriangle,” and it couldn’t have been more perfect.

As Cox put it, “If there’s anyone who could help me with my divorce to Matty/Leo… it’s Coco!”

If there’s anyone who could help me with my divorce to Matty/Leo… it’s Coco! 🙏🏼

Rikaart was clearly on-board, responding, “Sign. Me. Up.” And that’s when Telfer decided to pull in some extra help and loop Billy Flynn (Chad) in since, “He’s got more drag-pull than me…”

He's got more drag-pull than me…

More: The ‘Bope’ reunion we’ve been waiting for

We, of course, were intrigued enough with this idea to reach out to Miss Coco Peru herself and get her take on a Days of Our Lives role. And she was kind enough to answer! Spoiler Alert: She’s all in!

“When I was very young, I got caught up in the Luke and Laura drama,” she shares of her General Hospital soap roots. “How could you not? Also, part of it filmed in my neighborhood, so it was literally everywhere.”

Wait, it did? Wow, you learn something new every day. That neighborhood, of course, is the Bronx, which is something Miss Peru thinks would be perfect to bring over to Salem!

“I’d love to play up my Bronx background and be the fun, no-nonsense Aunt who is always on the right side of things,” she notes, “even if she has to break the law every now and then to make things perfect!

“Yes, sometimes people need to disappear,” she continues, making us wonder if she isn’t actually a long-lost DiMera, “but all in the pursuit of a better world. If they gave me telekinetic powers, even better. I could see myself tossing people across a room with my mind and then saying innocently the tagline, ‘Oops, butterfingers me!'”

Wait, wait, telekinetic powers? Isn’t that a bit out there? How about just having her run off with Xander? Or is that also too farfetched?

“Farfetched,” she scoffs. “Have you seen the show? Coco has powers and is the ultimate cougar. Xander running off with me would be inevitable! Plus, Paul and I would be perfect together playing that up! Such a funny guy who appreciates camp.” 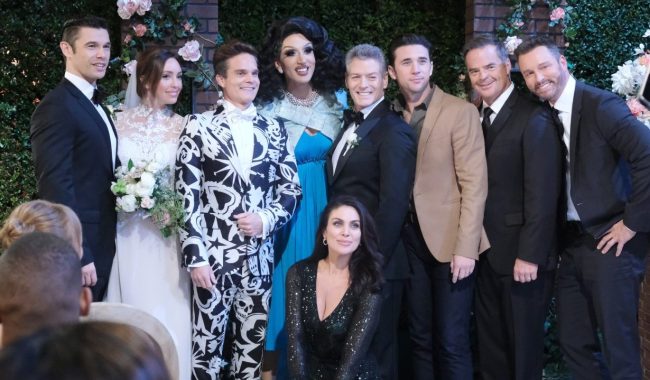 It doesn’t get much more camp than that wedding! Well, the first part of it. The second was just tragedy…

OK, that’s actually a great point. The devil, after all, has powers and uses them for far less consequential things than tossing people around and seducing Xander. Actually, now that we think about it, maybe Miss Peru could be the perfect way to make Satan, as she put it, disappear! All while she helps Jackie Cox with her divorce and maybe sets things right with a few couples in trouble, of course.

Actually, Chanel seems like she’ll probably need some help sorting through her love life any day now! And there’s only so much Paulina can do for her daughter. Or is there? Put Paulina and Coco together, and we’re pretty sure they could sort through Chanel’s suitors in no time!

“Jackée Harry is iconic,” Peru exclaims at the thought of teaming up with Paulina. “I’d just be honored to be in her presence. There are certain women that just have that something special that resonates with the drag queens and Jackée is the queen!”

So, there you have it! Take note, Days of Our Lives, and make some room for another queen to join your ranks. Heck, after that wedding blowup, we are definitely here for more!

Take a look at our photo gallery of Xander’s scandalous misadventures — there’s always room for more! 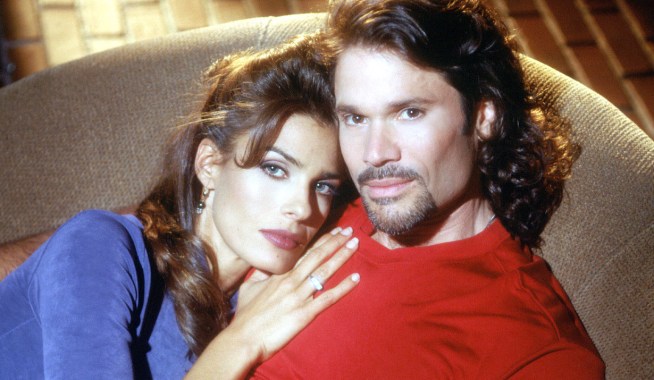 Days of Our Lives: Remembering Our Hero On the Anniversary of Peter Reckell's Debut as Bo Brady

Days of Our Lives' Ron Carlivati and Peter Reckell Spill Beyond Salem Secrets, Including How and Why Bo Returns 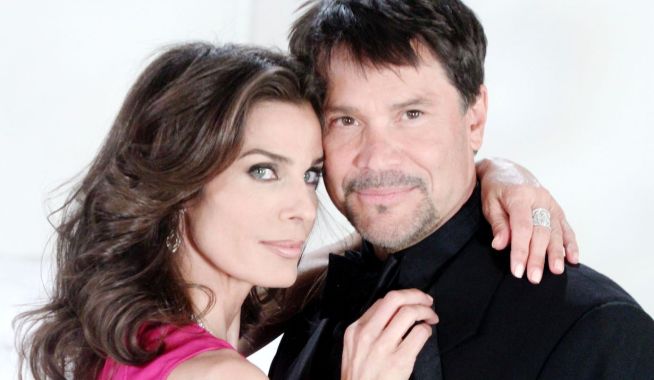