With One Shocking Reveal, Days of Our Lives May Be Setting the Stage for a Feud to Rival Sami and Nicole’s 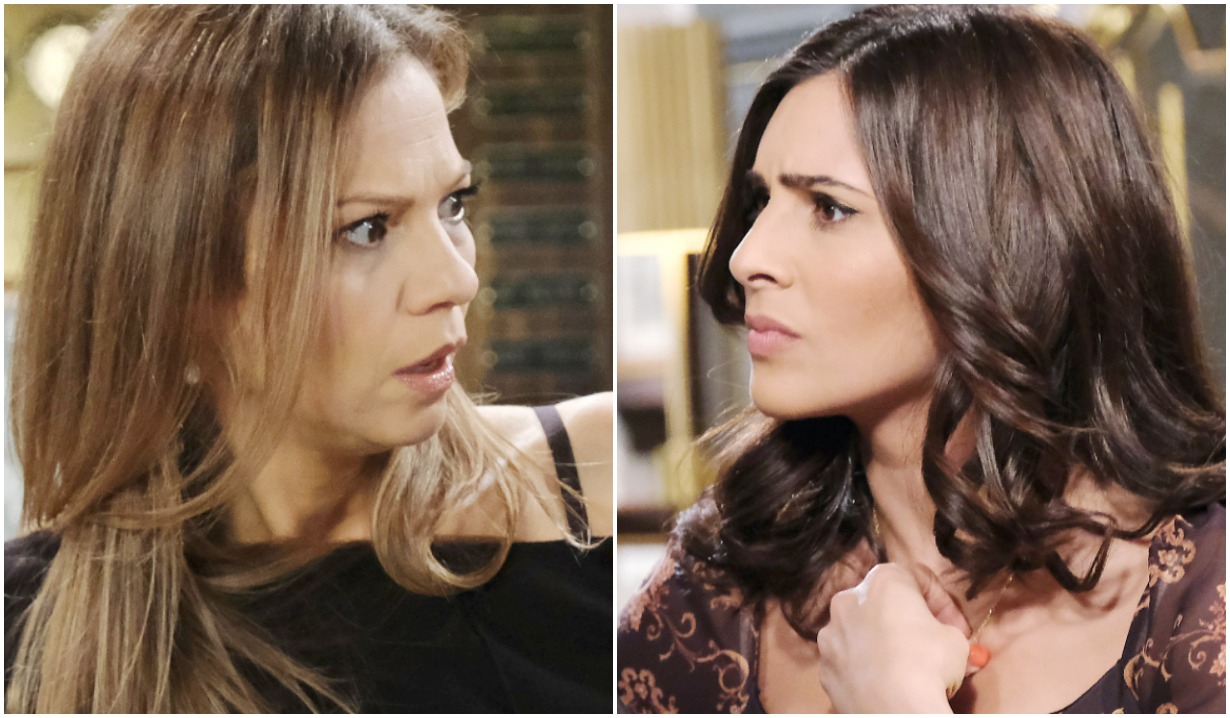 We may have just witnessed the birth of a rivalry for the ages.

What is it about Days of Our Lives‘ DiMera men that cause the ladies to go wild? Actually, we could probably think of a few things that’d do that. Have you looked at them?

But clearly, despite how horrible EJ’s treated them, something’s kept Nicole and Sami going back to him and to tearing each other apart in the process. And now it looks like Ava and Gabi may be about to head down the same path with Jake!

With these two ladies, though, that path may be even more wild than EJ’s loves.

Gabi just convinced Rafe to help her get her hands on some dirt to take Ava down. He may be constrained by the law, but she sure as heck isn’t. And we’re hardly surprised that this is the direction Gabi’s taking after her reaction to finding Ava in Jake’s bed. She went over to make nice with her DiMera beau only to find the woman who framed Rafe shacking up with Jake? Unacceptable.

Plus, much like Nicole and Sami, Ava clearly delighted in tweaking Gabi’s nose over the whole situation. And that’s something she pointed out to Rafe when he suggested she was just doing what she usually does and making everything about her!

If it was anyone else but Gabi, they’d feel the sharp sting of jealousy, sure, but then they’d probably pull back and handle this a bit more maturely. Rafe’s little sis, though, just had a conversation with Gwen last week about how they’re both prone to overreacting to situations and making poor choices in retaliation. 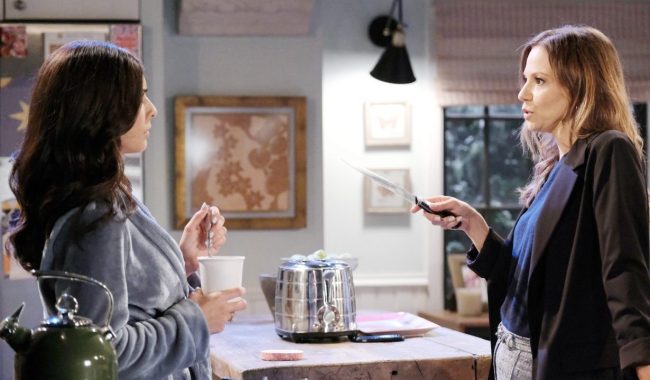 More: A bluntly honest review of the devil saga

Ava seems destined to start something for real with Jake. Judging by her delight at upsetting Gabi, there’s probably a 50/50 chance Ava would sleep with him just to tick her off. Plus, after that little massage session, is there anyone with the slightest bit of doubt that they’re going to be getting far more handsy in the near future?

But whether they do or not, she’s already set herself in Gabi’s sights. And if Jake’s ex does act out, that, in turn would cause Revenge Queen Ava to hit right back.

Does Gabi have a leg to stand on? Not even remotely. And that’s why she may just be the perfect foil for Ava. Rafe’s a cop. No matter how sure he is that Ava set him up, he’s not going to do anything unless he can dig up some solid proof. But now that some of that tenuous proof is in the hands of his far less scrupulous sis… all bets are off.

Gabi’s well versed in lying, conning and manipulating to get what she wants. Blackmail, setting people up, she does it all, just like Ava. And while the Vitali mob princess may have loads of illicit ties, right now, Gabi’s running the empire of Salem’s late, great supervillain, Stefano DiMera.

Gabi’s got the resources, the temperament and the skills to do whatever needs to be done to take Ava down for both herself and her brother. But even if she does, we’re pretty sure that anything short of Ava’s death will just be the start of many years of misery to come. And where those two are concerned, Salem itself might not be able to survive their battles.

Put on your boxing gloves as you check out 25 of daytime’s most memorable rivalries. 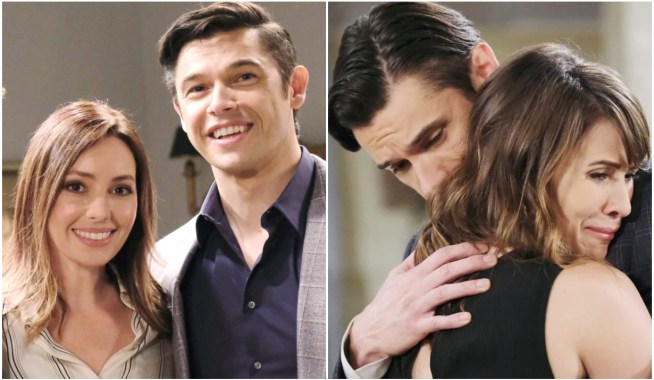 Days of Our Lives Exclusive: As Xander and Gwen Get Engaged, Paul Telfer Shares a POV That's Sure to Raise Eyebrows — Brace Yourselves, 'Xarah' ’Shippers 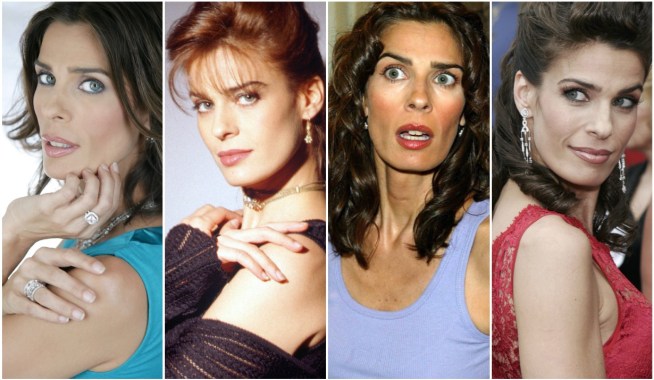