Days of Our Lives Exclusive: On the Anniversary of His Debut, Paul Telfer Warns That Gwen and Sarah Fans Are Going to Be ‘Purposefully Tortured’ — Plus, Xander’s Unbelievable Life… in Photos! 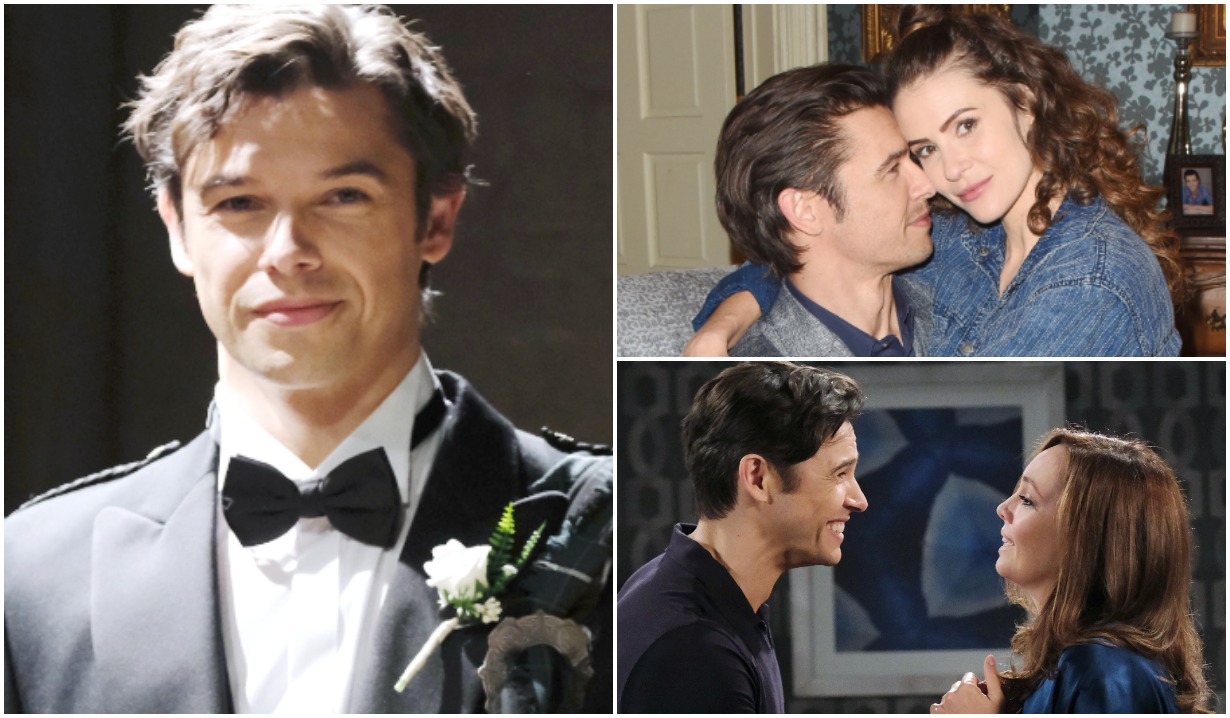 “You can nearly murder half the town, as long as you do it with a twinkle in your eye.”

Days of Our Lives‘ Paul Telfer may be marking the 7th anniversary of his debut as Xander on March 24, but being a soap star was something he never planned on doing. It all began, though, he says, “A long, long time ago, back when James Scott was playing EJ.” The show needed an understudy, of sorts, for a week to step in if Scott wasn’t able to shoot his scenes. “He had a health issue, so I guess they just went, ‘Get me a tall British person, stat!’”

All Telfer had to do was study the scripts for each day and wait to see if he’d be called in by 11 am to take Scott’s place. If not, then he’d be free for the rest of the day. The best part? He was getting paid no matter what. He figured he’d stay with a buddy in Los Angeles and lounge by the pool all day learning the dialogue. But then the scripts started arriving.

More: The struggle is real for Robert Scott Wilson

“I was like, ‘This is impossible,” the incredulous Scotsman exclaims. “I honestly thought it was a joke!” He was trying to “smash” as much into his head as he could, but as 10:30 rolled around each morning, he’d just be dreading the call asking for him to come in. “I think on Wednesday,” he admits, “I just gave up. There was just no way! If they call me, I’ll just… I don’t know! I guess it would be my worst anxiety dream ever!”

Finally, it hit 11:01 on Friday and his agent called and told him to collect his pay. “It was the best thing ever!” Telfer declares.

Days of Our Lives executive producer Greg Meng handed Telfer the check himself and asked if he’d like an actual role. The actor’s response was a panicked “No!” and he all but ran out of there. The show, though, persisted, offering to work with him to make it fit into his life and his wife, actor Carmen Cusack’s, schedule. Eventually, he agreed to test the waters as one of Victor’s henchmen back in 2015. That lasted a few episodes, and once it was over, the show offered Telfer a contract for a new character.

This time, he said yes.

From Rogue to Romance 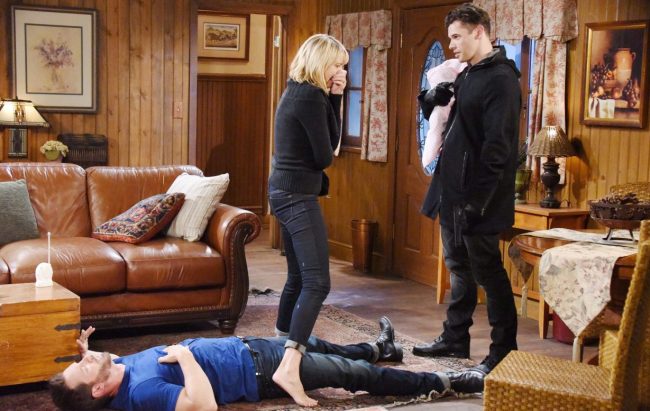 Above: Back in the day, it didn’t get much worse than Xander. Just ask Nicole!

“When Xander was explained to me,” Telfer notes, “they said he was a ‘charming psychopath. He can be interacting with someone and be the most friendly, loving person ever, and then he’ll walk in the next room and be a chilling monster. And I was like, ‘Perfect!’ When things fit, it’s a lot easier to memorize. It takes away a lot of the tricky parts if you don’t have to force every aspect of the performance.”

Now, with seven years of practice, learning his scripts has become far easier. And as Xander’s found love with Sarah and Gwen, he’s become far less psychopathic. Except… not really.

“This shift into a ‘softer, gentler’ Xander,” Telfer notes, isn’t quite accurate. He says many fans tell him, “‘Oh, I used to hate you, but I love you now!’ But I’m the same! My schtick is pretty much the same! It’s this cheeky psycho nonsense!”

Xander’s still very capable of being a monster, his portrayer insists, so long as he thinks he can get away with it, say, behind Sarah’s back. The difference now is that thanks in large part to her, Xander’s been humanized. After Telfer had been let go from his first contract, he was brought back for a time as a recurring villain to shake things up from time to time. Eventually, the show figured he should be brought back on contract again. He said yes once more, thinking, “OK, now I’m gonna be the bad boy around town.” Think again!

“‘Actually,'” he laughs, imitating the showrunners, “‘you’re going to fall in love with somebody who is your biggest enemy’s ex-wife, and then you’re going to raise his baby for him, but no one’s going to know, but you actually had stolen that baby, and then guess what? The baby’s going to get cancer and almost die!’ That really wasn’t what I was expecting!”

But it worked. The writers, Telfer acknowledges, know what they’re doing. “You can’t help but feel sympathetic for people in that situation,” he muses, “even if Xander was a terrible person. He was being terrible in order to try to protect Sarah’s feelings. These are very relatable things.” 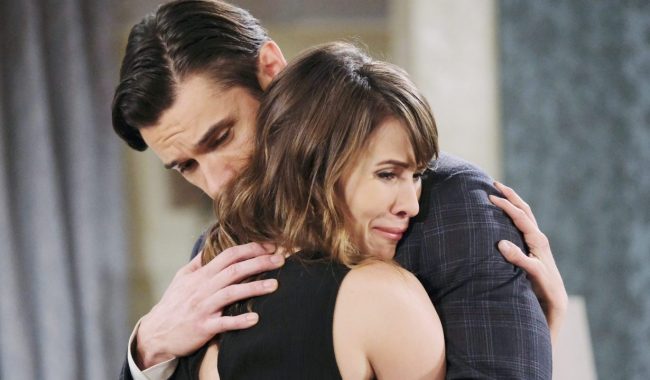 Above: Will these two ever have it easy, or is the pain part of what makes them work?

More: What has been the point of JoDevil?

Fans could now accept him not as a villain, but as a core character. They had a reason to look beyond him as Telfer gleefully ticked off, “trying to cook Eric and Nicole alive. Or keeping Nicole in a cage. Or menacing Eve or any of the other repeated, awful things… Shooting Brady in the chest! Shooting Marlena whilst aiming for her son!” OK, when you put it that way, that’s a lot to work past… As Xander’s portrayer explains it, “You have to put a few layers of pain over that stuff.”

As for what the future holds now that Xander’s with Gwen and Sarah’s returned thinking she’s Renee? The show shoots six months in advance, so Telfer knows — but he’s not going to tell! Do not however, expect a smooth ride.

“Watching the destruction of Xander and Sarah,” Telfer begins, “and then building Xander and Gwen, and then the whole thing that’s going to happen now…” The writers “kind of purposefully torture people.” But there’s a point! Telfer’s come a long way from his days as a panicked daytime newbie. Though at times he claims to still be mystified by the genre, he actually understands it well. The fans may be upset that their faves are being thrown into turmoil, but “this,” he says, “is exactly what [the writers] are trying to illicit.”

Getting upset means you care about these people. And all that “torture” makes the payoff so much more satisfying in the end. So, buckle in and enjoy the ride, because we know that if nothing else, when Xander’s involved, it’s going to be a blast!

Check out a gallery of Xander’s scandalous misadventures on Days of Our Lives below! 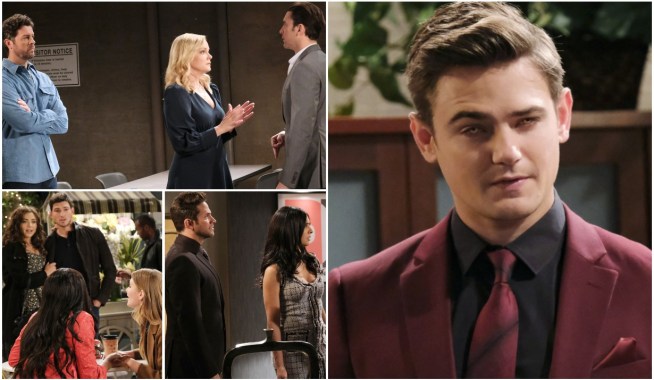 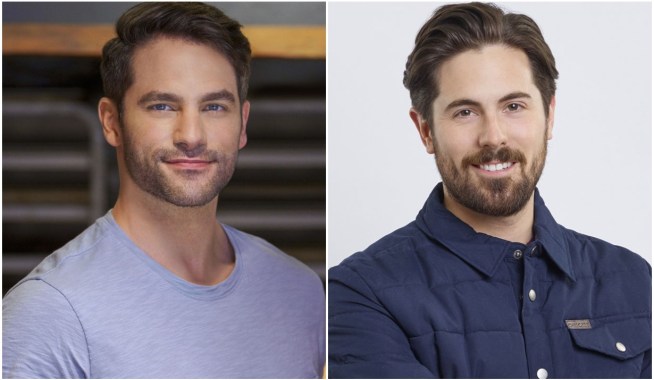