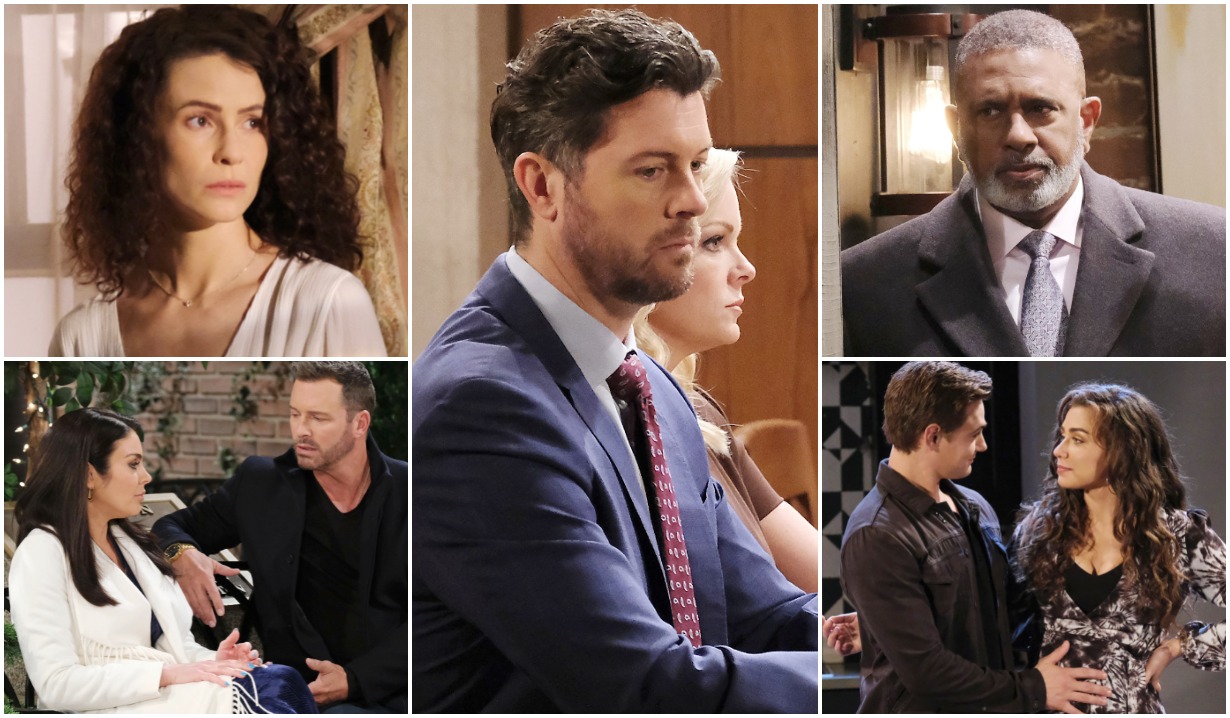 Get ready to dive back into Salem on Monday, February 21!

It’s been a long two weeks since Days of Our Lives was on our screens, so with the Olympics just about wrapped and the soap returning on Monday, we thought it would be the perfect time to dive back into Salem and catch up with what was happening before the break!

The Trouble With TR 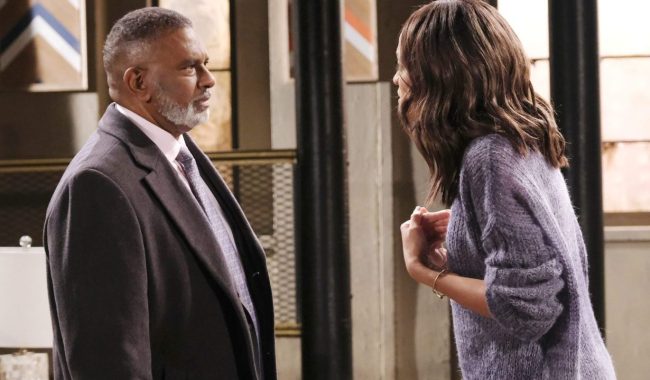 More: Deleted scenes may hint at the show’s future

Paulina’s worst nightmare came true when her ex (and Lani’s father), Ray, showed up in town. Now, though, he’s going by TR, and his popping up in Salem up had nothing to do with Paulina. He came to make sure Johnny’s movie was moving forward as scheduled, even if that meant threatening the devilish filmmaker, Allie and Chanel all with lawsuits.

It didn’t take long for him to shift his focus, though, once Chanel let slip that Lani was Paulina’s daughter. He put two and two together and rushed off to introduce himself to his kid. He seemed sincere in his insistence to both Paulina and Lani that he’s changed, but the second the two of them tried to throw him out, he threatened to be Lani’s father whether they liked it or not. So, that wasn’t encouraging.

Still, his dark turn doesn’t look like it’ll stop him from trying to woo Paulina again once the show’s back, though we’re really hoping that’s not the case. But with Eli coming back to town and Paulina turning to Abe for help, at least the ladies won’t have to deal with TR’s return on their own. 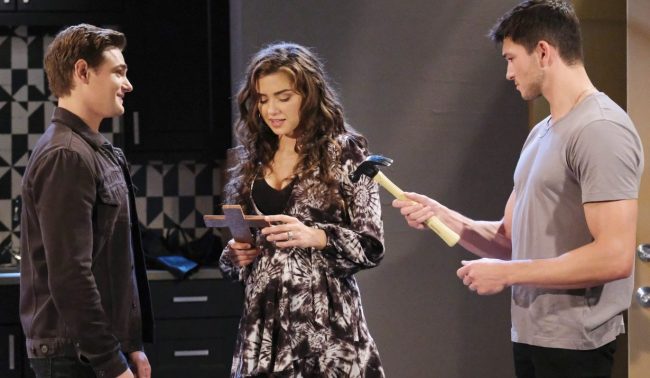 More: Is Victoria Konefal out of Salem?

JoDevil’s been moving forward with plans that apparently involve giving a creepy cross to Ciara and Ben that keeps flipping upside down. Maybe it’s a demonic birth alarm of some kind? Because with Ciara about to go into labor when the show returns, there’s a good chance JoDevil might be making a move on their tot sooner, rather than later!

Outside of the demonic baby world, Johnny was laying down an (un)healthy mix of uncomfortable flirting and forcing himself on Gabi. Though she’d been resisting his attempts to turn her against Jake, that seemed to fall apart just before the break when Gabi overheard JoDevil impersonating her beau and throwing her under the bus with Maggie. Now she claims to be Team Johnny and says she’s ready to take the town by storm with her devilish new partner.

Chanel, meanwhile, is planning on taking her soon-to-be-ex-husband for all he’s worth, though Johnny overhearing her and Allie talking about their night together could throw a wrench in those plans. It could also screw up Tripp’s plans to propose to Allie — something he’s already talked to Roman and Ava about! And though there’s been plenty of quips about Johnny’s “devilish” new personality, no one seems to have figured out that they should be taking that a bit more literal yet.

Sarah’s Back! Sort Of 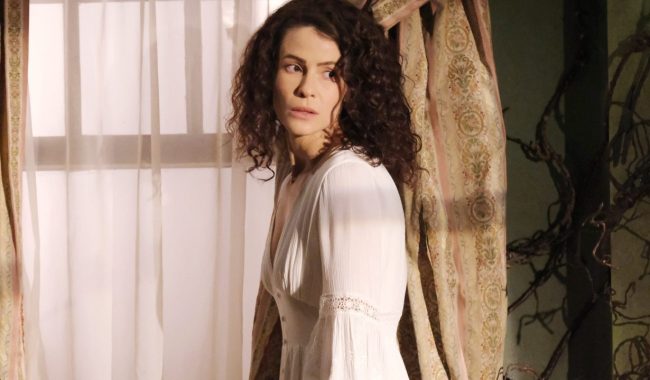 After Ava’s Salem joyride in her Sarah mask, we finally got a glimpse of Xander’s real missing love being held captive on Kristen’s island. At least, we think she’s a captive. Something definitely seemed off with Sarah as she greeted Kristen more like a savior than a kidnapper. Plus, there was all that paranoia as she clearly believed she was hiding from someone. Still, now that we’ve located her, a genuine “Xarah” reunion is finally coming!

After figuring out Ava and Gwen’s Sarah-mask scheme, Abigail also got dumped on that island (along with Steve and Kayla), so Kristen may soon be reaching a tipping point of captives. Keeping one or two under control is all well and good, but once you kidnap half the town, an escape attempt is just around the corner! Back in Salem, Xander, too, seemed a bit suspicious of his encounter with “Sarah” after she brushed him off, but he still proposed to Gwen, making us wonder if he has some scheme up his sleeve. 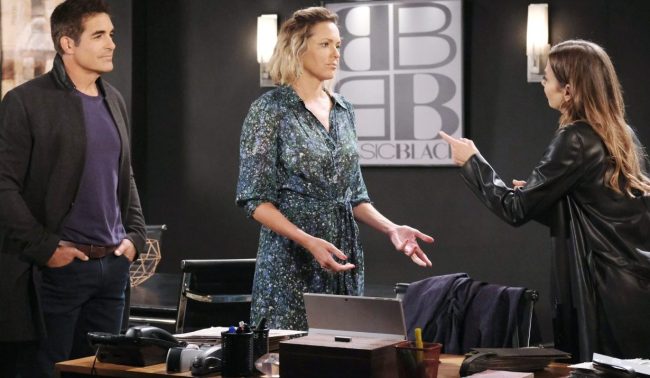 Not even Abigail’s unmasking of “Sarah” could ruin Ava’s good mood as Rafe’s life fell apart thanks to her efforts in framing him. But as the cop’s about to go to trial for corruption, Shawn, Rafe and Nicole are all on to Ava, and they’re more than ready to call her out. Then again, Shawn might be a bit preoccupied once he finds out about Jan’s baby bump from their inadvertent roll in the hay!

EJ, meanwhile, wrapped up his own trial, and was sentenced to 10 years in Statesville for orchestrating Sami’s kidnapping. Now, he’s about to meet his cellmate, and it’s the last person he wants to bunk with! Of course, Lucas was actually the one doing the kidnapping, so it’s a sure bet that there’s going to be some uncomfortable fireworks when he and Sami finally get back to town! 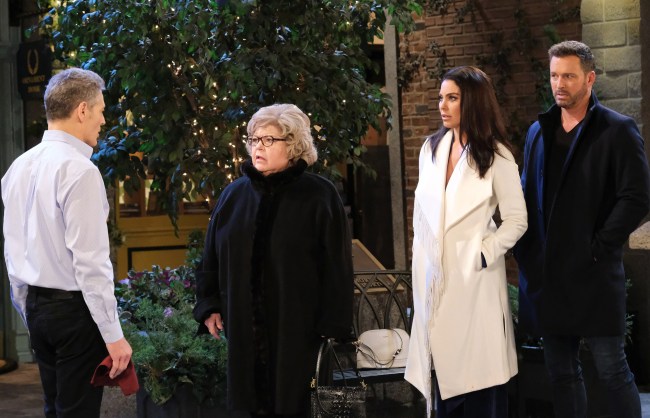 More: The comeback that could make “Broe” happen

Craig came clean about his affair with another man to Chloe and Nancy, though he insisted that his marriage was real. But Nancy wasn’t having it as she declared both their marriage and Craig dead to her. Then again, that shouldn’t sting too badly, since he’s already found love with someone else… who we should be meeting shortly! (Fingers crossed it’s not a returning Leo, but at least he’s coming back with Sonny and Will.)

Craig’s infidelity may have torn his marriage apart, but it’s pushed Chloe to lean on Brady more, and the showrunners assure us that we’ll be seeing them grow even closer once the show’s back from its break. Things might go a bit off the rails, though, once they try going on a double date with Craig and his mystery beau!

And now that you’re all caught up, why not stick around and dive into a gallery deconstructing the EJ/Sami/Lucas triangle that’s been burning at the heart of Salem for ages. We’re pretty sure that when the show returns, the fireworks from it will be spectacular. 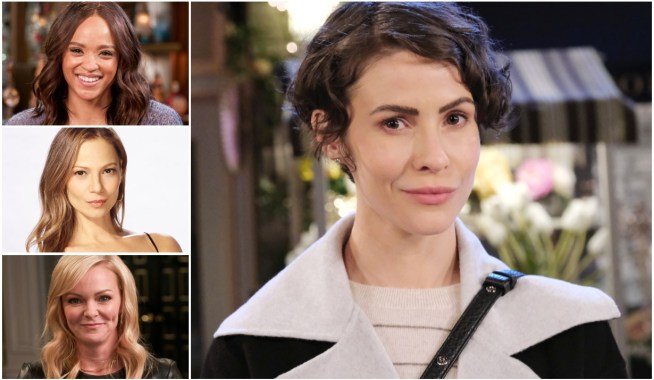 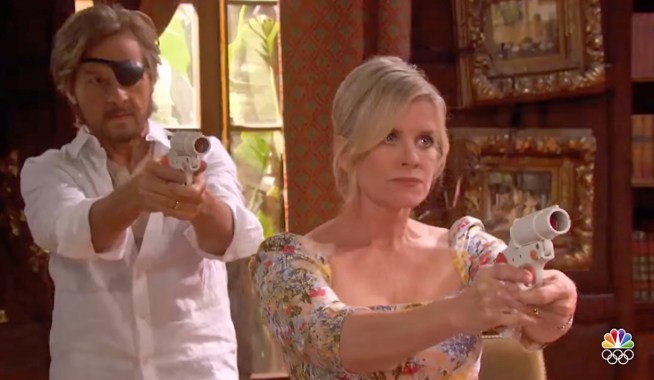