Days of Our Lives’ Winter Preview: Shocking Twists, a Killer Mystery and a Return So Unexpected Even MarDevil is Blown Away! 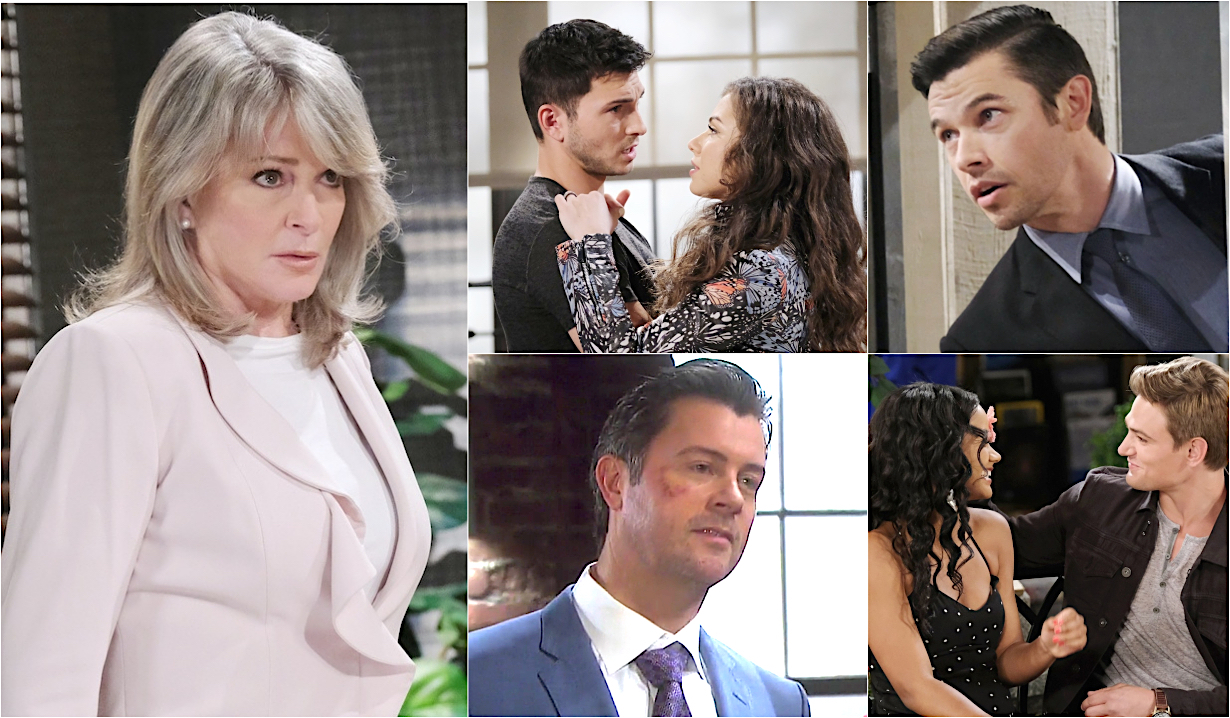 Plus, the fight for Ben and Ciara’s baby heats up!

Well the weather outside is frightful, but what’s coming up on Days of Our Lives is delightful… when it’s not shocking, titillating and even a little bit terrifying! Thanks to a newly-released promo, we know that the coming weeks will see several fan favorites return (including one we never expected), a gruesome crime being investigated and several devilish twists.

The teaser reminds us that when it comes to the holidays, home and hearth always come to the fore on Days. (After all, it wouldn’t be Christmas without the annual placing of the Horton family ornaments on the tree.) As previously reported, Melissa Reeves’ Jennifer will be back in time for the celebrations, and it looks as if Sami, too, will make her way back to Salem… just in time to find estranged husband EJ in bed with her longtime rival Nicole!

Perhaps the strangest moment is one which comes early in the promo: Belle walks in to find hubby Shawn in bed with… Belle? (Something tells us this is the devil causing trouble again, but in this town, one never really knows!) 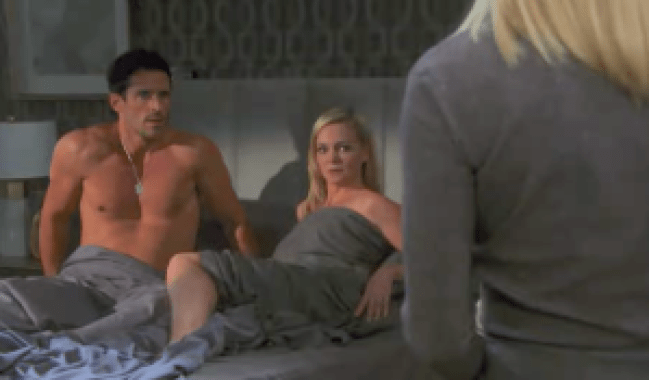 Above: Not quite pictured? The other Belle, who’s definitely shocked by this particular tableau.

More: What we know about the Days Christmas movie

Elsewhere, Chanel and Johnny prepare to reveal a secret, Duke the Bear has a rather unfortunate encounter, Paulina’s attempt to reconnect with Lani results in the visual equivalent of a needle scratching across a record, and Xander clues in to the fact that Sarah isn’t where he thought she was (let alone with whom he believes her to be with).

It’s all building to an epic showdown showdown between MarDevil and the residents of Salem, with Doug finally exposing Marlena’s dark passenger, Ben vowing to fight the devil “with everything in my soul” and the return we should have seen coming but didn’t as Greg Vaughan steps back into Eric’s shoes… and his priest’s collar!

Check out the full promo above, then hit the comments below with your thoughts about all the crazy twists and outlandish plots revealed within. Then check out the gorgeous cast portraits below, featuring all your favorites dressed to not only the nines but the 10s as well!

Days of Our Lives Preview:...

On the 22nd Anniversary of Nadia...