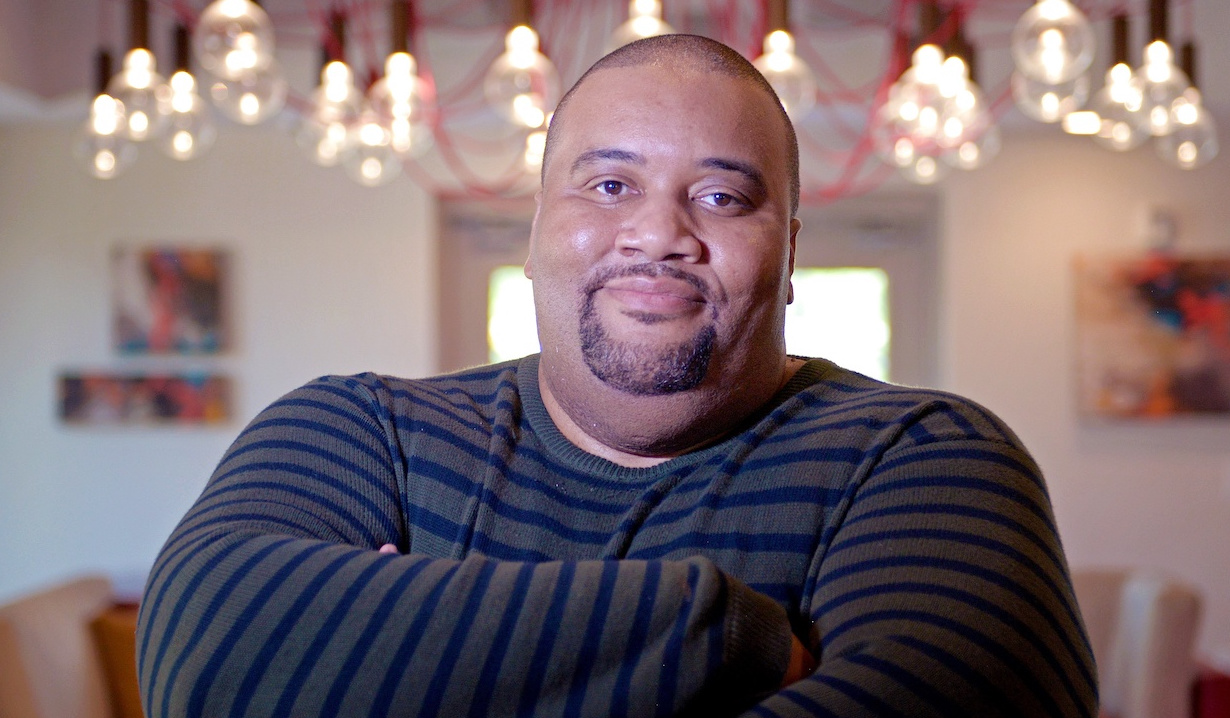 Beyond Salem will be a big even in more ways than one.

Generally speaking, the only time you hear about changes to the writing team of a soap is when the person filling the top spot changes. But this week, a whole lot of fans were excited to learn that Days of Our Lives had added Jamey Giddens to their team of scribes as a breakdown writer… and with good reason.

Why this particular hiring means so much is actually best explained by the tweet with which Giddens announced his new gig. “In 1991,” he wrote, “I was faking a stomach flu to stay home from high school to watch [Days of Our Lives]. Now, I’m writing for them.”

In 1991, I was faking a stomach flu to stay home from high school to watch @nbcdays. Now, I’m writing for them. Thanks to Ken Corday, Albert Alarr and @carlivatiron! 1st episode airs Sept. 10 as part of #DOOLBeyondSalem! #BeyondSalem #DAYS @peacockTVhttps://t.co/YDCiBovZVk

Over the years, more than a few soap fans have fantasized about taking over the show they love. We complain about storylines, we discuss what we’d have done different. In essence, we think that given the chance, we could do better. We wish that our voices could be heard, our opinions valued.

We wish we had a seat at the table. But rarely does that actually happen.

More: Are you ready for the Cin honeymoon?

With Giddens, it’s as if one of our own has been granted that extremely rare privilege. We know him. We’ve listened to him on the Daytime Confidential podcast. We’ve gotten into sometimes heated debates with him on Twitter. We know that like us, he is a fierce defender of the medium we love.

And we’ve seen what he can do. In 2019, Giddens, alongside Will Packer, created the primetime sudser Ambitions for OWN. While it lasted only one season, the Atlanta-set series proved that Giddens didn’t just talk the talk, he could walk the walk. Over the course of 18 episodes, Ambitions not only told old-school stories (like the love quadrangle at its heart) but ones incorporating everything from sexual fluidity to racism.

Ambitions was, in many ways, that old bridal tradition brought to life: Something old, something new, something borrowed and something not afraid to occasionally be blue.

More: Everything we know about Beyond Salem

Now, Giddens will bring that same flare to Days — as well as spinoff Beyond Salem — where he’ll begin his daytime journey as a breakdown writer… the very same position current headwriter Ron Carlivati occupied for several years at One Life to Live.

After the launch of Ambitions, Giddens told World of Wonder about the early days of his obsession with all things soap. “Once the shows were over every day during summer breaks,” he said, “I would go outside in my grandparents’ backyard and pretend I was the headwriter, continuing where the storylines left off.”

While he may not have risen to quite that height yet, we can’t help suspecting it’s only a matter of time. And we can’t wait to see what he brings to the table.

Now, hit the comments section to join us in congratulating Giddens on his exciting new gig. Then, flip through the photo-packed gallery below in which we revisit the long and storied history of Salem.

<p>As evil twins are wont to do, Samantha Evans (Andrea Hall-Gengler) — aka the sibling rival with which sister Marlena was saddled — stole the shrink’s life out from under her. Briefly.</p>

<p>OK, technically, we don’t know if Abe ever picked up brother Jonah (Thyme Lewis) to know how much he weighed.</p>

Image: NBC/Courtesy of the Everett Collection
62/99

<p>Alice could see it written all over the face of her son, Mickey (Clarke here). And she’d told him not to write on his face <em>so</em> many times already.</p>

<p>Oh, who are we kidding? You’d never have to <em>frame</em> Kate Roberts (Lauren Koslow) <em>or</em> Sami — they commit plenty enough crimes on their own.</p>