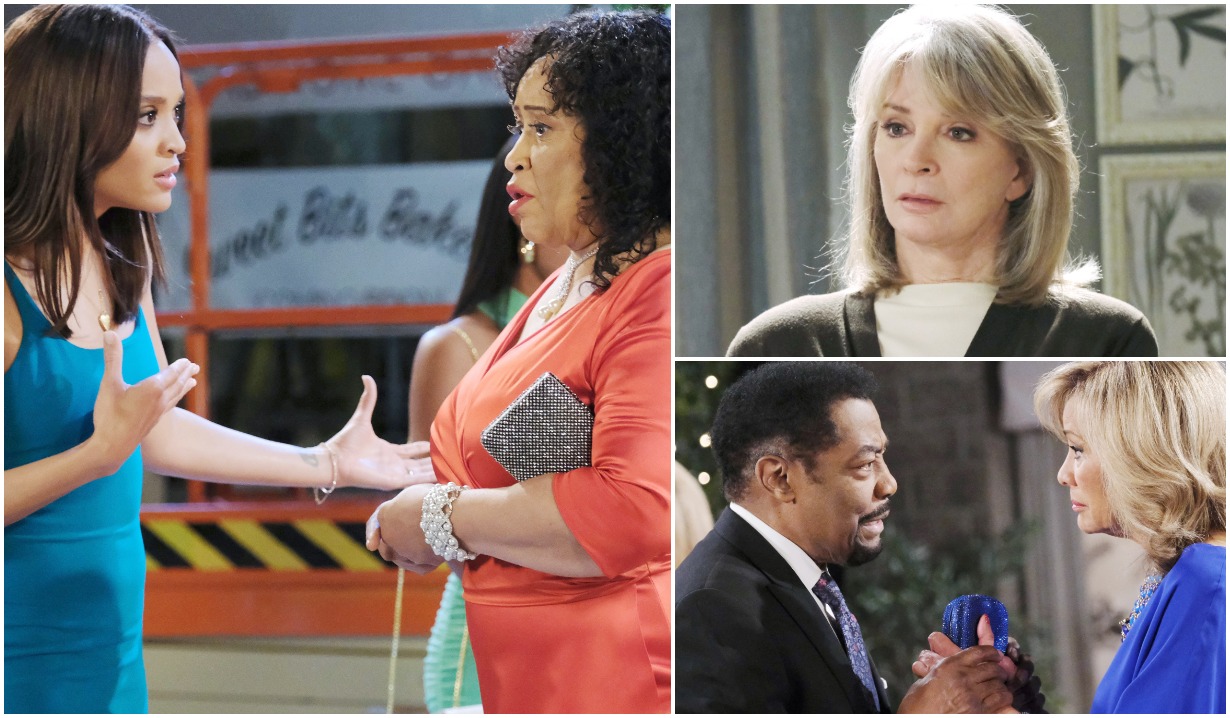 Twists within twists surround the bomb Olivia’s arrival set off.

We knew from the start that when Marla Gibbs joined Days of Our Lives as Paulina’s mom, Olivia, trouble would soon follow. After all, the actress warned us that Liv’s whole reason for coming to town was to prevent an explosive secret from coming to light. What we didn’t realize was just how quickly we’d learn that Paulina, not her sister Tamara, is Lani’s mom!

So far, Lani remains in the dark. But Gibbs also let slip that as usually happens on a soap, the truth won’t stay hidden forever, which means there’s big drama ahead for everyone involved. 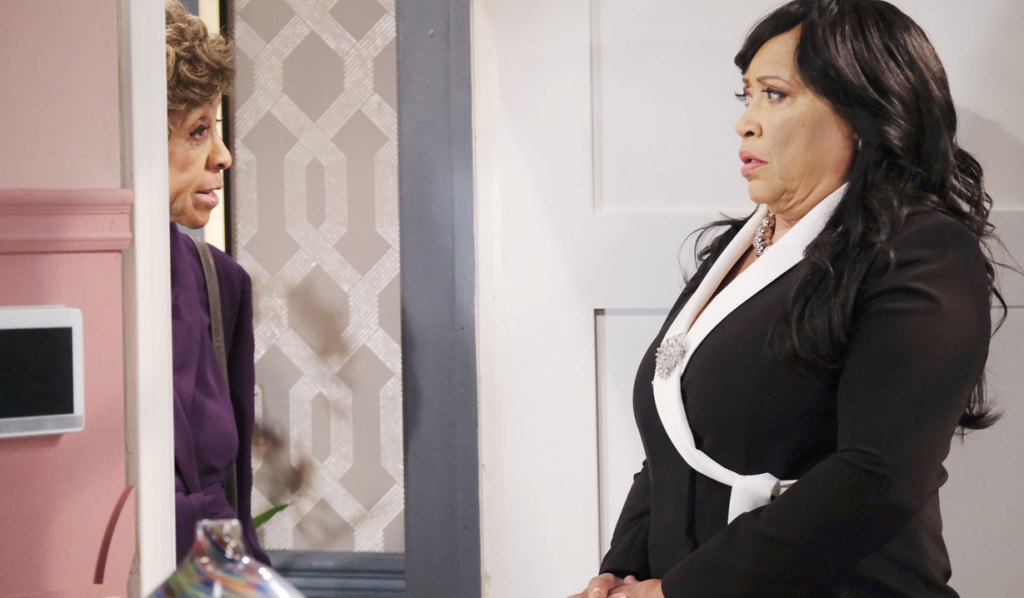 There are also, however, some big questions which need to be answered! Sure, it makes sense that Paulina handed over her child in order to protect Lani from her abusive dad. What’s not so clear is why Tamara would years later lead Abe and Lani to believe they were father and daughter. Might Marilyn McCoo make another appearance so that Tamara can explain her actions… and be made to face the consequences of her lie.

And oh, there will be consequences when the truth comes out, especially for Lani and Abe. How will they react to the news that they’ve been deceived? While Lani might finally have a better understanding as to why Paulina blew in and out of her life over the years, will she be able to forgive her supposed aunt, let alone accept her as a mother?

Along those same lines, Abe — who has only just begin to thaw toward Paulina following the whole Price Town incident — will no doubt be rocked by this devastating secret’s reveal. (Although truth be told, he’s likely to be angrier at Tamara for her lie than at Paulina, whose motives he’ll be more likely to understand).

Meanwhile, something tells us that Lani’s biological father, Ray, may soon make an appearance. After all, what’s the point of telling us about the abuser if not to set in motion a storyline in which he comes to town… perhaps in the form of recently-cast Passions alum Richard Steinmetz. 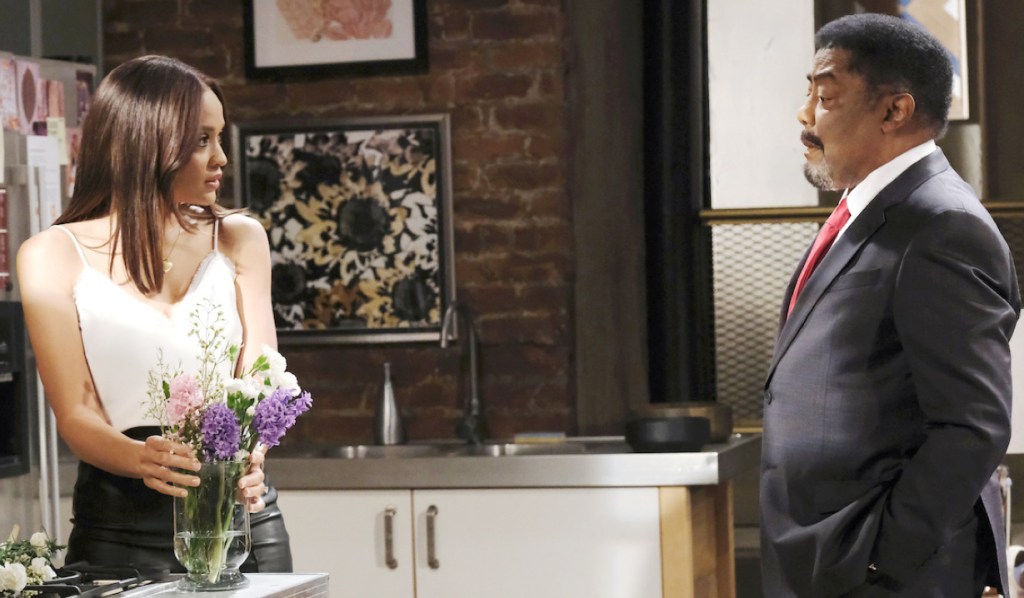 One yet-to-be revealed aspect to the secret is exactly who knew about the life-altering lie Paulina and Tamara set in motion that fateful, long ago day. Slowly but surely, evidence appears to be mounting that one of Salem’s most beloved citizens — Dr. Marlena Evans — was clued in.

More: Days star opens up about past trauma

Consider this: In a recent interview with Soaps.com, Deidre Hall teased that Marlena would be involved in something the fans might not expect from the usually moral Dr. Evans. Her exact words were: “You’re going to go, ‘I don’t even know if I can go for that!’” Considering Paulina looked up to her sister Tamara’s college roommate, we have to wonder if Marlena’s questionable behavior will involve yet another reveal — that she knew about the ruse all along and let Abe falsely believe he was Lani’s father for the past few years. Poor Abe is bound to feel betrayed on several levels. 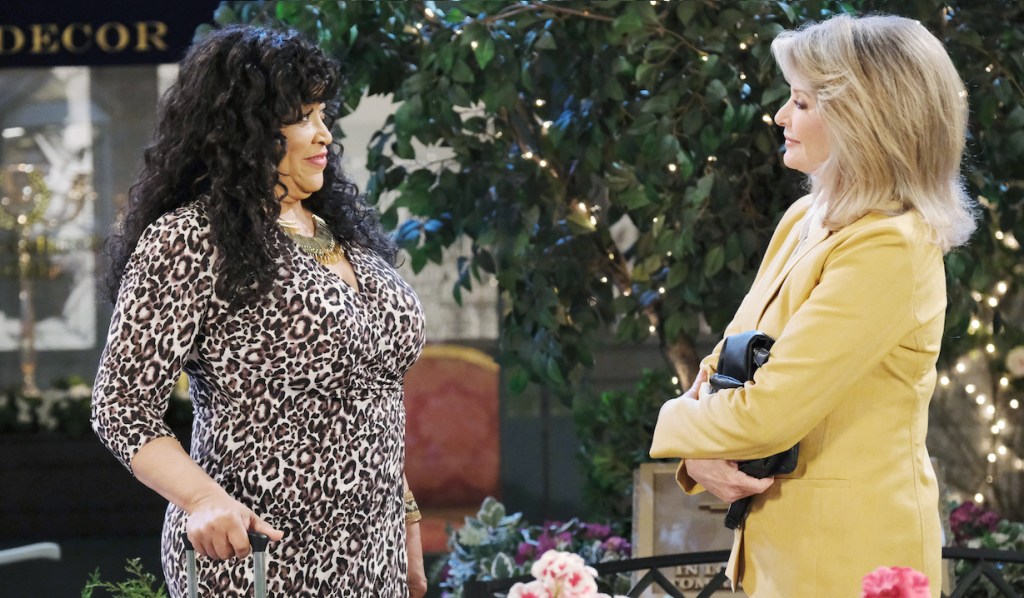 Now it’s your turn to chime in on the unfolding drama. How do you think the explosive secret will come to light… and how will it change the lives of those involved? Share your thoughts in the comments and then look through our photo gallery of soaps’ craziest storylines. Get your free daily soap-opera fix for Days of Our Lives — and all of the other daytime dramas — delivered straight to your email inbox by signing up for Soaps.com’s newsletter. 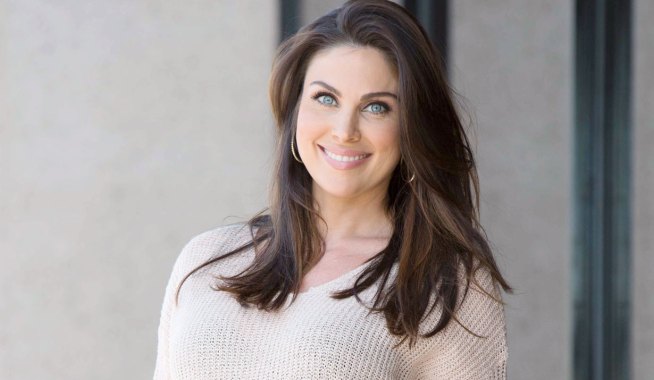 After Two Weeks Away From Days of Our Lives’ Nadia Bjorlin, Her Real-Life Love Thanks Two Special Guys for ‘Looking After My Wife’