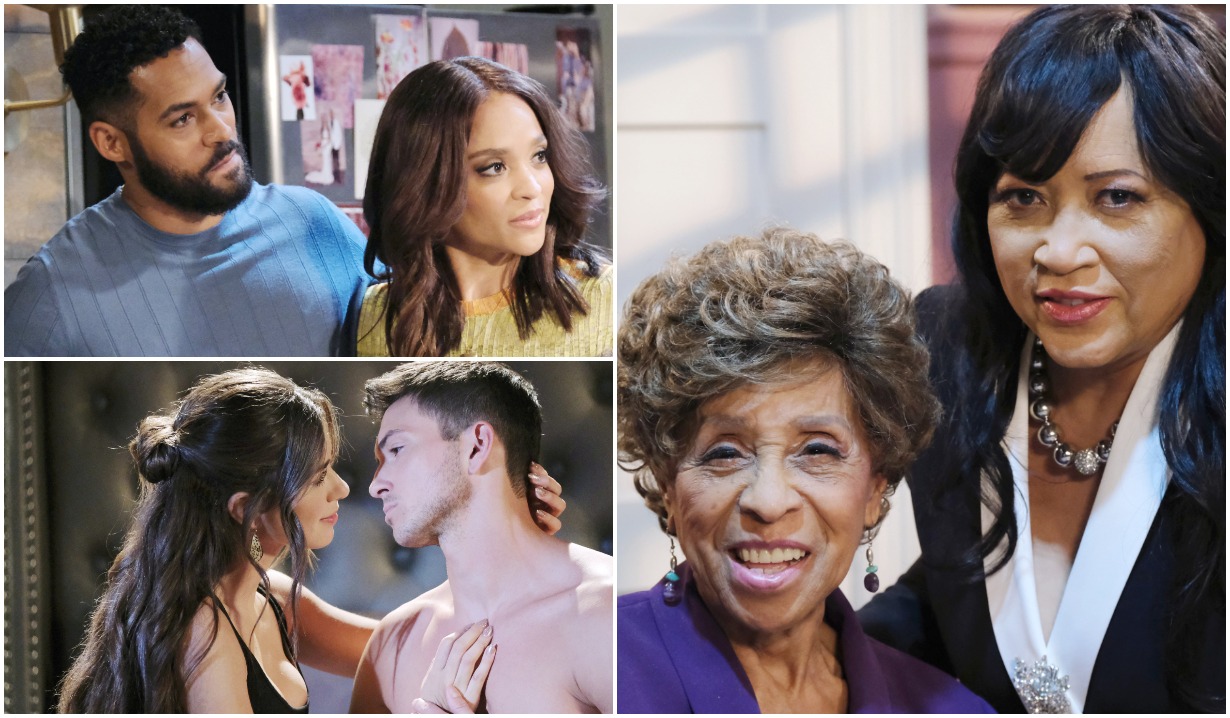 “It would destroy the family!”

Having been a longtime fan of Days of Our Lives, Marla Gibbs knows that secrets inevitably come out. Despite this, when she joins the cast as Paulina’s mom, Olivia, on Monday, August 16, her character will be doing everything in her power to keep the truth from being revealed.

“Paulina has always been headstrong,” says Gibbs of her TV daughter. “She does what she wants to do, and it’s hard to control her. But in this case, I don’t want to control her, I want to get her to keep her mouth shut about things that she should not revealing because it would destroy the family!”

As usual, however, Paulina’s priorities are out of whack. “She’s only thinking about herself,” says Gibbs. “I have to constantly remind her that if she does reveal the secret, she’s going to lose the people she loves!”

Fortunately, Paulina eventually comes to see that mother knows best. “Of course, as soon as she agrees with me, there’s a disaster,” sighs Gibbs.

Playing Olivia has not only reunited Gibbs with her former 227 castmate Jackeé Harry (who played Sandra opposite her Mary), but has given her the thrill of working with some very familiar faces. “I’ve been watching Days for years,” she shares… adding that she recently came darn close to giving it up for a reason many viewers will totally relate to.

“When Ben lost Ciara and it looked as if she wasn’t going to be coming back, I was annoyed,” she admits. “I even said, ‘If they aren’t bringing her back and letting those two be together, I’m not watching anymore!'”

And like her fellow Cin-ers, Gibbs is thrilled that the pair has finally reunited. “It’s good to see people being happy once in a while, even on a soap,” she laughs. As for how long we can expect to see Olivia sticking around, the actress says she’ll stay “as long as they’ll have me!”

As we wait for the Price family secret to be revealed, hit the comments section with your thoughts on what it might be. Then let Victoria Konefal (Ciara) regale you with some of her favorite stories about life on the set of Days of Our Lives via the gallery below.

Days of Our Lives' Bryan Dattilo...

After Two Weeks Away From Days of...