Days of Our Lives Fans Hope Against Hope That the Show Is About to Unmake a Devastating Mistake: ‘Stranger Things Have Been Known to Happen in Salem!’ 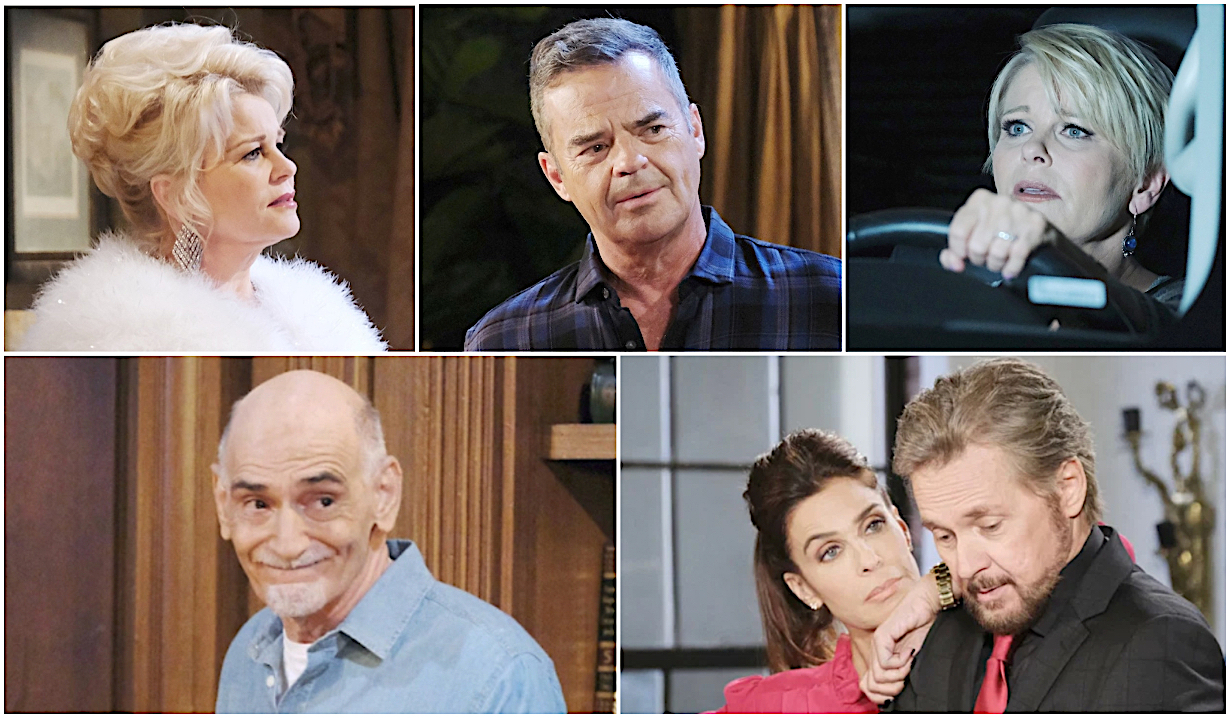 Will Justin get the shock of his life when the NBC soap returns from hiatus?

It was hugely devastating when Days of Our Lives’ time jump revealed Adrienne had died in the car accident involving Sarah and Maggie. That devastation led to surprise when Justin started to develop feelings for his late wife’s doppelganger, Bonnie. To top it all off, the insta couple is now engaged. That development has sparked a lot of reaction amongst the fans who just don’t get Justin and Bonnie’s pairing.

They did not sacrifice Adrienne just to have Justin and Bonnie did they? 🤔 #Days pic.twitter.com/wnNte0y1pq

Twitter poster Joanie’s question above is one many a Days fan has pondered, leading to speculation that Bonnie is, in fact, Adrienne.

On such fan, Rahcelg11106 asked the question in Soaps.com’s message boards: “What if what happened to Steve with him turning into Stefano happened to Adrienne?” Theorizing that Dr. Rolf kidnapped Adrienne and Bonnie, she wonders if the mad scientist could have transferred their essences via a brain chip, just like when he turned Steve into Steveano in early 2020. And let’s not forget Rolf also turned Hope into Princess Gina. 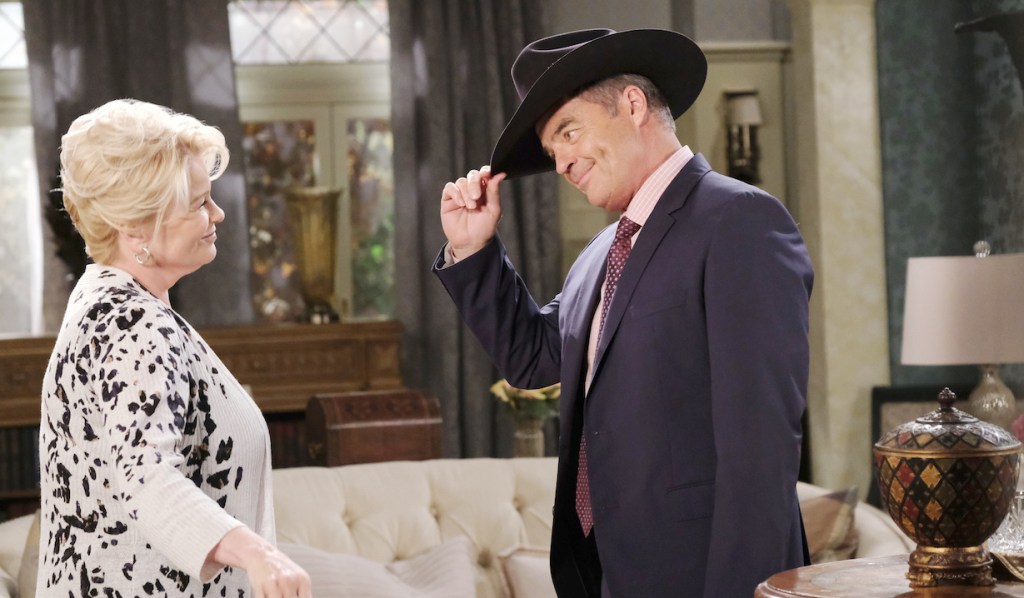 While message boarder Blice replied in the thread, “Stranger things have been known to happen in Salem!”, Tracy Theresa mused under the recaps, “Rolf would never do a risky procedure on Stefano without testing it first. Bonnie and Adrienne made the perfect test subjects.” She further speculated, “Bonnie will make the ultimate sacrifice for Justin by agreeing to have the chip removed (essentially dying) in order to reunite Justin with Adrienne.”

That would certainly be soapy in a Days kind of way. But Bonnie being Adrienne would also help explain why Justin felt this inexplicable pull towards the woman who once orchestrated a life swap with Adrienne. If this theory were to come true, all Justin’s talk about Bonnie being family and how much he loves her and actually popping the question would make a lot more sense if Bonnie was actually the love of Justin’s life. 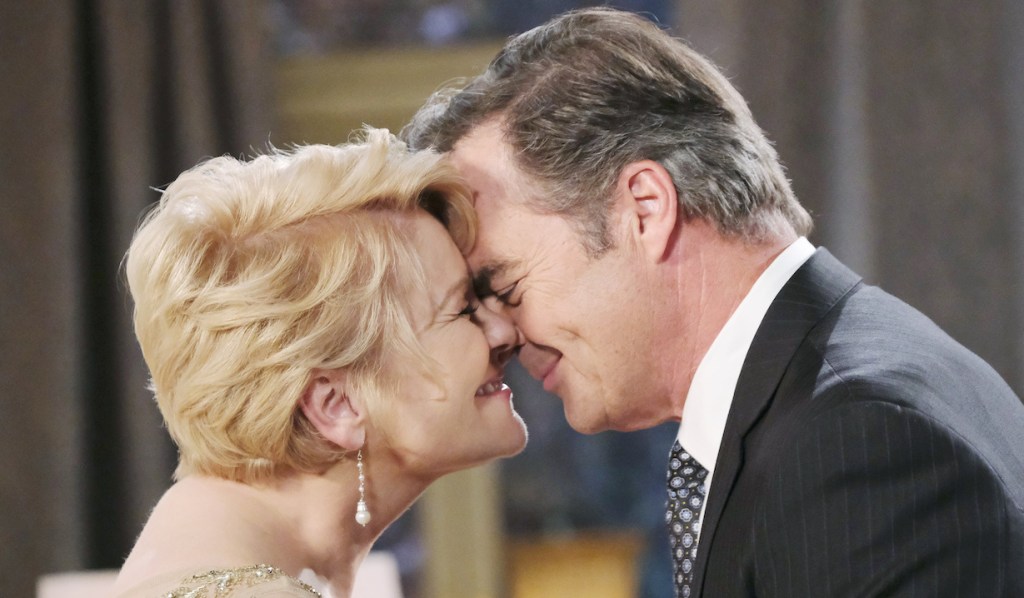 What do you think? Could Bonnie’s sudden desire to be a good person for Justin mean Adrienne is trying to break free and reclaim her life? Are you hoping Bonnie is actually Adrienne or are you enjoying Justin’s romance with the wilder Bonnie? Sound off below and then look through our photo gallery of the many daytime stars who have played dual roles on the same soap. Get your free daily soap-opera fix for Days of Our Lives — and all of the other daytime dramas — delivered straight to your email inbox by signing up for Soaps.com’s newsletter. 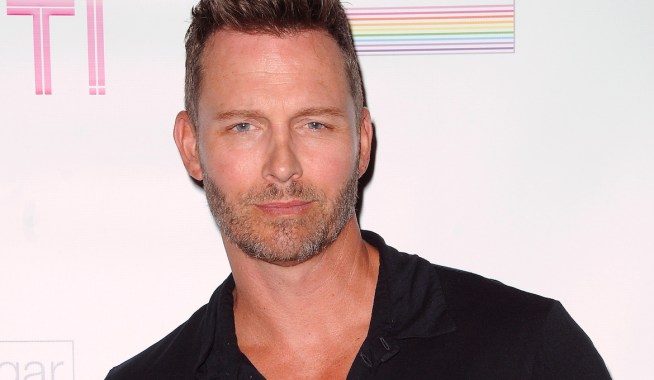 Days of Our Lives' Eric Martsolf Drops a Beautiful Family Portrait to Celebrate His 50th Birthday — Plus, When Did His Boys Grow Up?!?

Watch Out, Sami! Days of Our Lives' Wickedly Delicious Revenge Plot May Find EJ Making a Secret Weapon of [Spoiler] 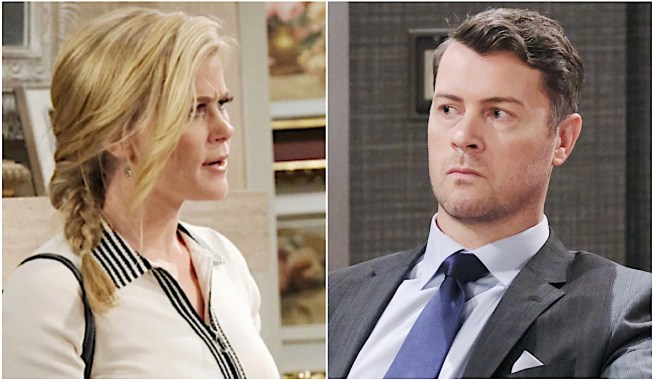