Days of Our Lives Weekly Preview: Sami Resorts to Desperate Measures to Keep EJ from Learning of Her Affair — but Kristen Won’t Give up Trying to Expose the Truth! 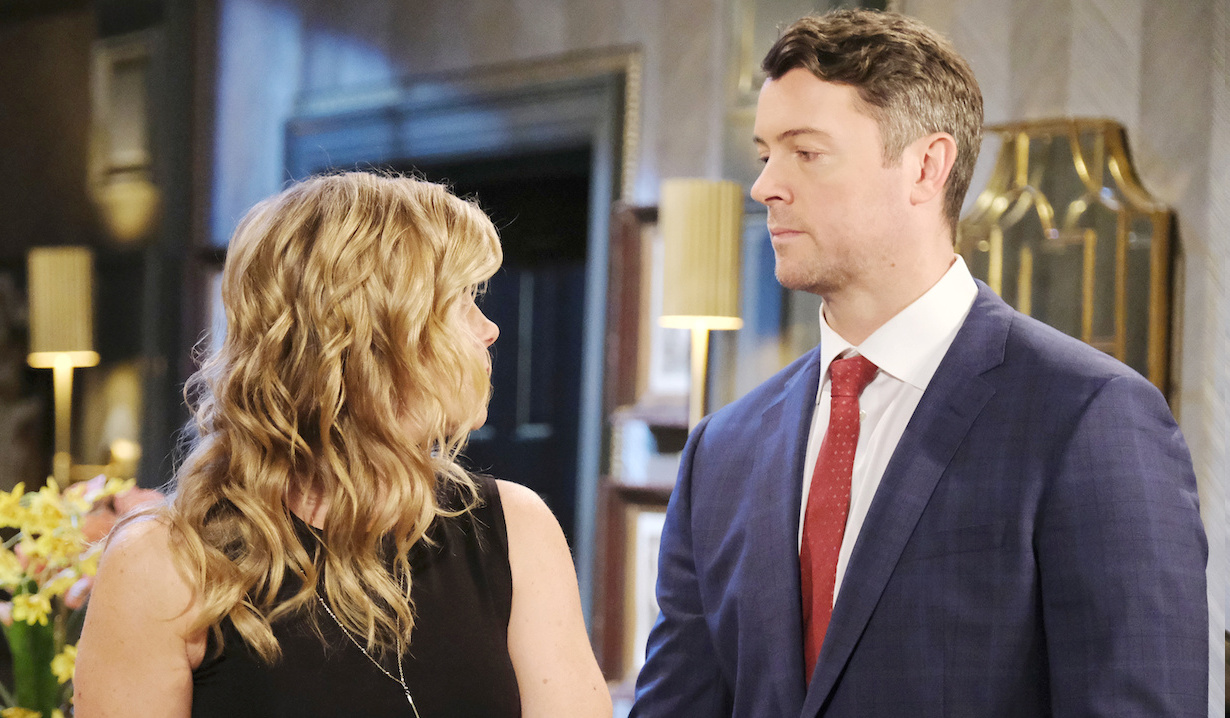 History is repeating itself as Brady and Philip compete for Chloe.

In the Days of Our Lives weekly preview for July 5 – 9, it’s only a matter of time before Sami is busted. Read on for the scoop.

Ciara and Theo returned, and Ciara visited Ben to ask why he hadn’t returned the divorce papers. When he told her that he burned them, she didn’t seem surprised and brought an extra copy for him to sign… shocking him by revealing that she and Theo were engaged. We’re guessing Ben still won’t sign the papers because Ciara calls him obsessed in this preview, though Ben suggests another word fits better.

Chloe has been trying to decide between Brady and Philip. After a talk with Belle, who reminded Chloe that Brady comes with a lot of baggage, especially a crazy ex, Chloe appeared to be leaning towards Philip. However Brady tends to be tenacious when he wants something, and he tells Chloe that he wants them to be together and pulls her into a kiss. We doubt that Philip, who witnesses the exchange, is going to roll over and give up on reuniting with Chloe.

Lucas made it clear to Sami that he wanted her back, but when EJ returned to Salem, Sami was determined to make her marriage work. The only problem? Kristen knows about her and Lucas’ affair, and she’s not the only one as Nicole has her suspicions as well.

When EJ gets a surprise call from his sister, Sami panics and hangs up his phone! However, that likely won’t stop Kristen, who has also penned a letter to EJ spelling out Sami and Lucas’ betrayal. From this preview, it appears someone intercepts and burns the letter, but who? And in predictable soap fashion, if it’s Sami, did she get it in time before someone else saw it?

Read the Days of Our Lives spoilers to learn who helps Nicole find out what Sami is hiding. Then get your free daily soap-opera fix for Days of Our Lives — and all of the other daytime dramas — delivered straight to your email inbox by signing up for Soaps.com’s newsletter Also, be sure to check out our gallery of soap stars embracing their own ages.

Days of Our Lives and Another World...

On the Anniversary of Jen Lilley's...