Days of Our Lives Preview: The Kiss That Absolutely *No One* Saw Coming — Plus, [Spoiler] Admits, ‘I’m Jealous’ 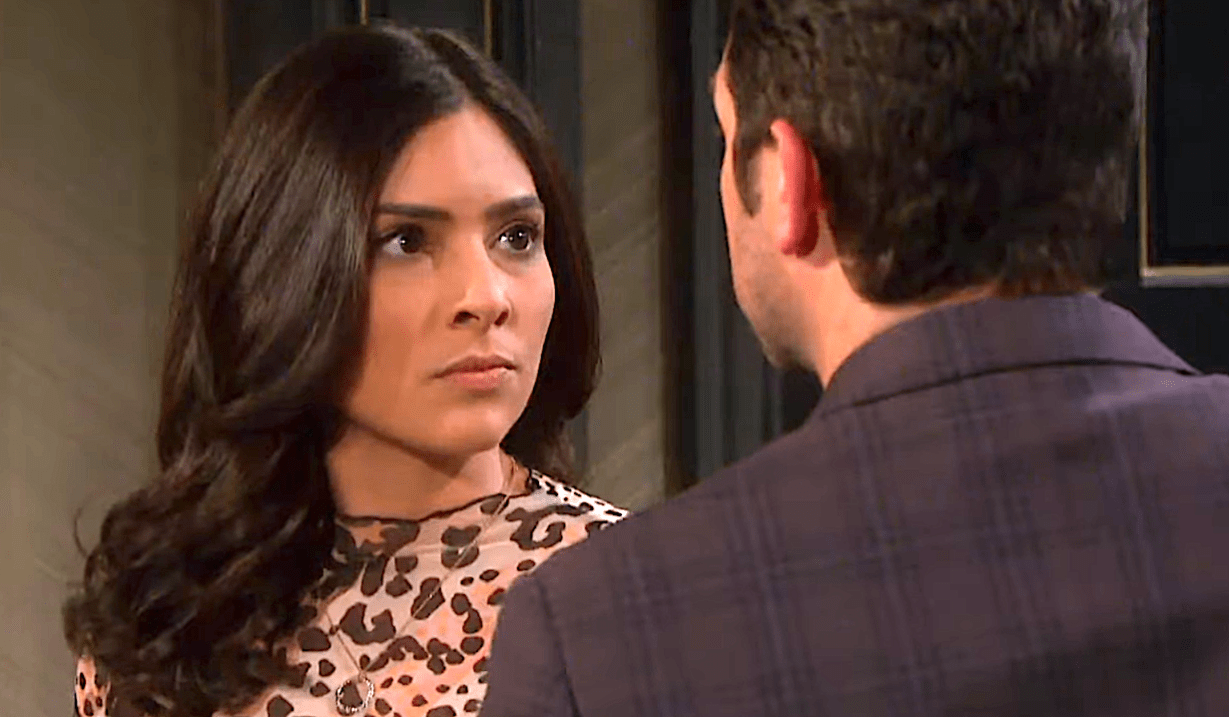 The reaction shot in the clip below says it all: Whaaat?

Passions are flaring left, right and center in the preview that NBC dropped for next week’s Days of Our Lives on April 30.

As Ben doles out sage romantic advice — we’re guessing to buddy Jake — we get a glimpse of Kate  (well, Kristen as Kate) telling her boy toy that they’re kaput, followed by the kind of fiery interaction between him and Gabi that can only end one of two ways: in a slap or sex.

Actually, feisty as Gabi is, both might be a possibility. 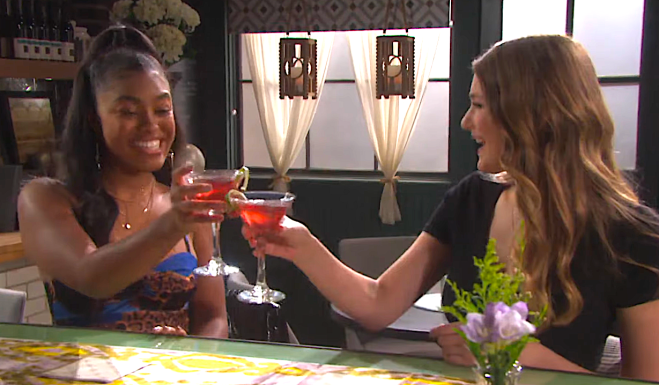 More: The great debate over Ciara’s exit — and imminent return

Elsewhere in the video, which you can watch in full below, no sooner has Rafe confided in Nicole that he’s going on a date with Ava than Eric’s wife admits, “I’m jealous.”

But the big shockeroo in the clip is the scene into which Tripp walks. One second, Chanel and Allie are clinking glasses full of cosmos, the next they’re locking lips! Are the young women just having a little pink-drink-fueled fun, or could Tripp have a rival for Allie that neither he nor we expected?

On your way to the comments, stop off at the below photo gallery for a laugh, why don’t you? It’s a collection of hilarious bloopers and outtakes from what were supposed to be super-serious shoots with stars like James Scott (ex-EJ), Alison Sweeney (Sami), Nadia Bjorlin (Chloe), Peter Reckell (ex-Bo), Kristian Alfonso (ex-Hope) and more. 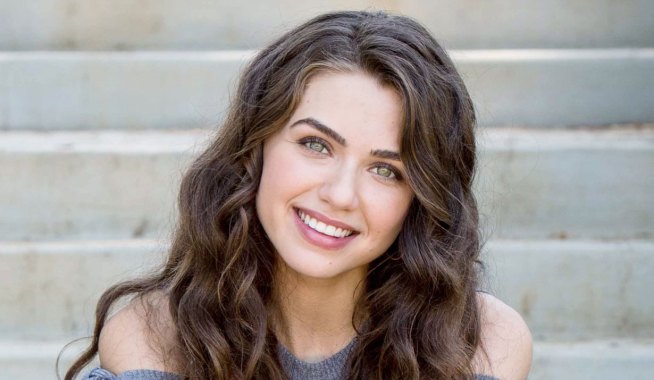 As Days of Our Lives' Ciara Exits, Headwriter Ron Carlivati Promises Frantic Fans That Victoria Konefal Will Be Back 'Sooner Than You Know' 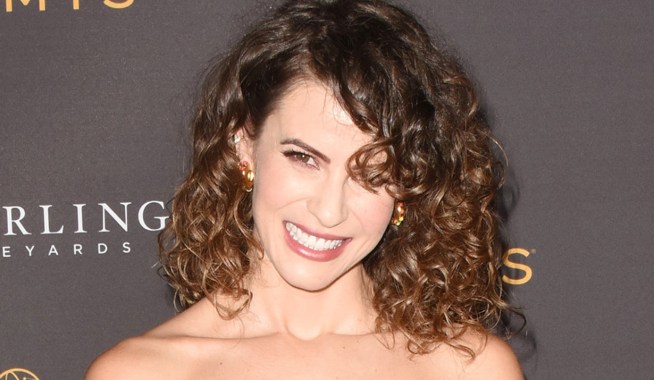