Days of Our Lives’ Ben Is Setting Himself Up for the Most Horrifying Realization: Ciara’s Right About Him! 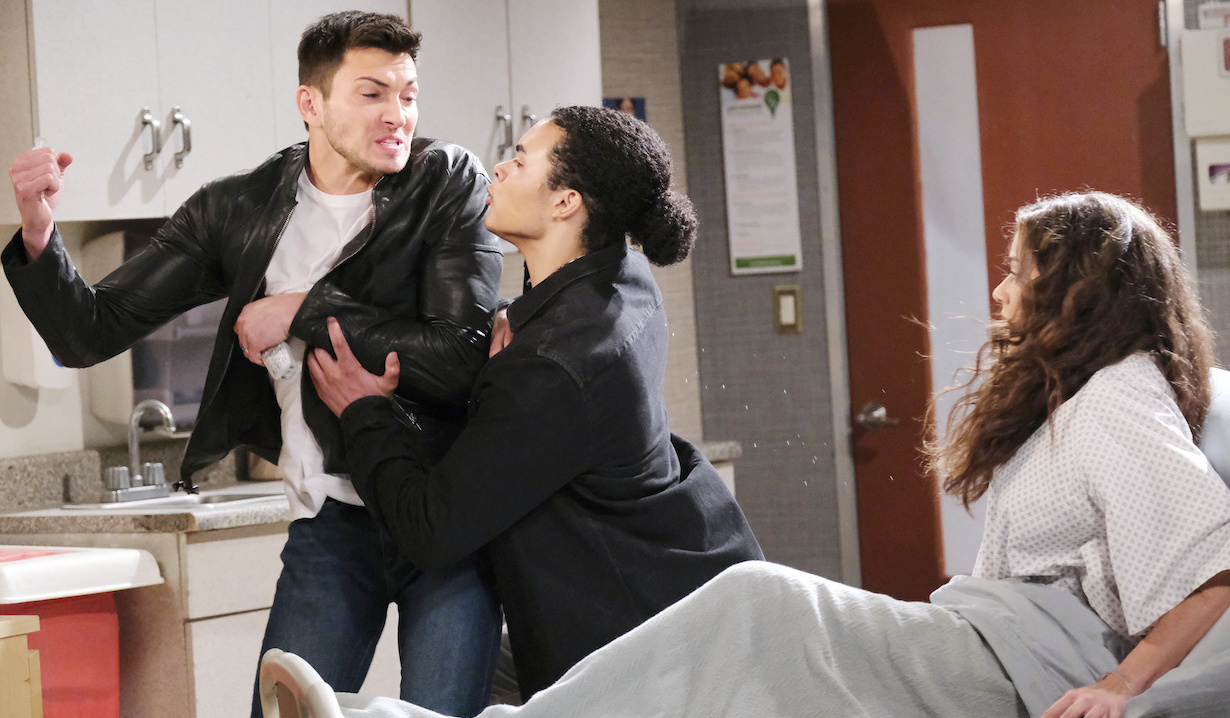 Ben’s been desperate to get Ciara to remember their love ever since he found her amongst the glass cage’s rubble. It’s understandable. He moved heaven and earth to find her only to discover she now thinks of him as the serial killer he used to be. It’s devastating for sure but he’s not exactly handling it well.

In fact, his actions are only proving her point.

Just about everyone in town (except maybe Chad and Abigail) has defended the former Necktie Killer to his amnesiac bride. But Ciara isn’t buying what they’re selling. She isn’t even trying to understand how she could have fallen in love with Ben.

That’s a huge hurdle for Ben to clear, only made worse by his desperate need to get Ciara back. Kind of like when he couldn’t imagine losing Abigail, who he kidnapped and tormented (when she was played by Kate Mansi, as seen in the photo below). 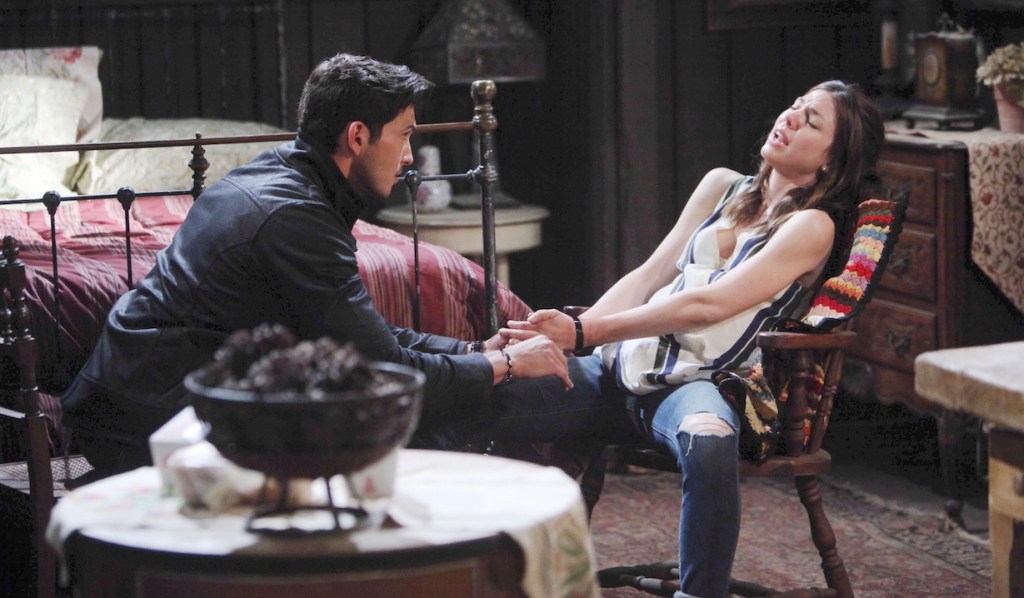 None of the wedding pictures, psychically connected novels, or engagement washers Ben throws in her face are making Ciara warm up to him. That would make most people back off, especially after seeing the look of fear in her eyes, but not Ben. Instead of giving his beloved the time and space she needs, he took Jake’s absolutely terrible advice to use Dr. Rolf’s serum on her.

Sure, he rejected Jake’s initial pitch to do it, citing concern for Ciara’s health. But then he decided, “Hey, why not? Hypnosis didn’t work, so let’s try an unreliable drug created by the mad doctor Rolf.”

What’s the worst that could happen?

More: Who will win Kristen and Sami’s battle? 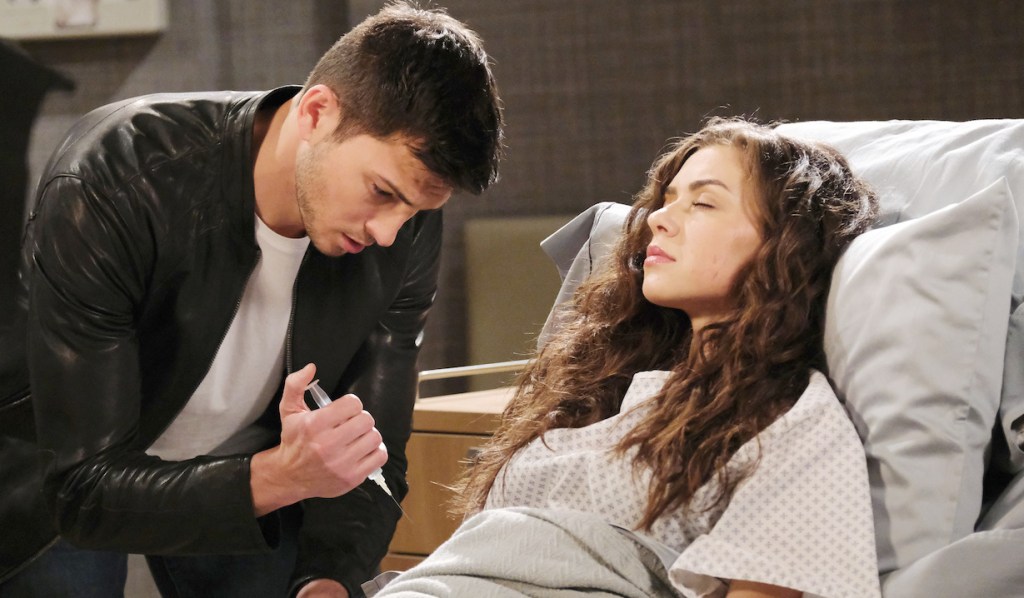 Not only did Ben want to use the drug but he tried to force it on her without her consent. Which honestly, is very on-brand for Days of Our Lives, but it’s not exactly the actions of a reformed man. Instead, they’re actions of a man Ciara already fears. We’re just glad Theo was there to stop Ben from injecting a sleeping Ciara.

It’s hard to believe that after years of writing Ben’s redemption story Days would have him slide back into villain territory. But if they are, this seems like the first step in that direction. If not, hopefully, it’ll be the wake-up call Ben needs to let Ciara go so she can work things out for herself.

What do you think of Ben’s actions? Tell us below.

Relive Ben and Ciara’s Romeo and Juliet dream in the photo gallery below and then, get your free daily soap-opera fix for Days of Our Lives — and all of the other daytime dramas — delivered straight to your email inbox by signing up for Soaps.com’s newsletter. 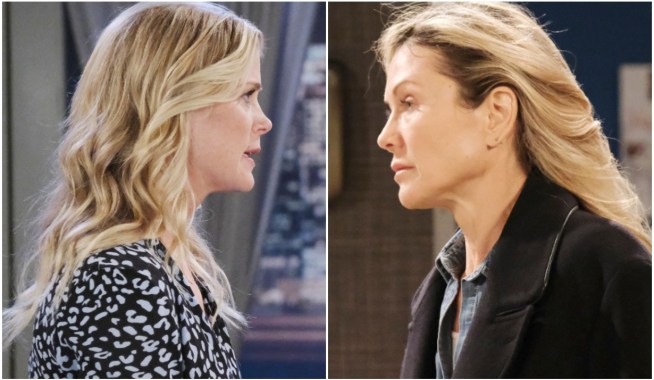 Days of Our Lives' Sami Vs. Kristen — Who’ll Win the Battle of the Rhymes-With-Witches?

Days of Our Lives Preview: Ciara's Leaving Town With Theo — and Someone Is Arrested for Charlie's Murder! 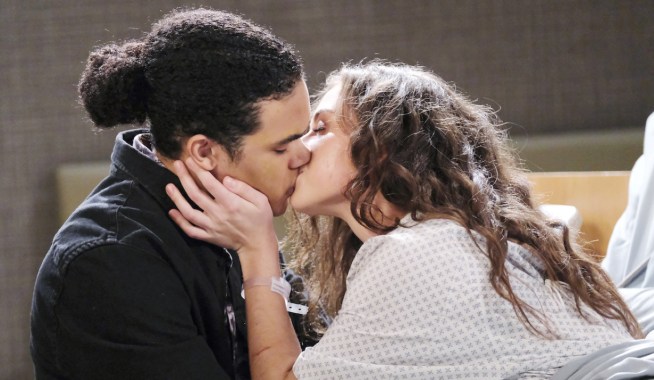