Days of Our Lives Weekly Preview: The Shocking Reunion You Didn’t See Coming — Plus, Ciara Remembers! 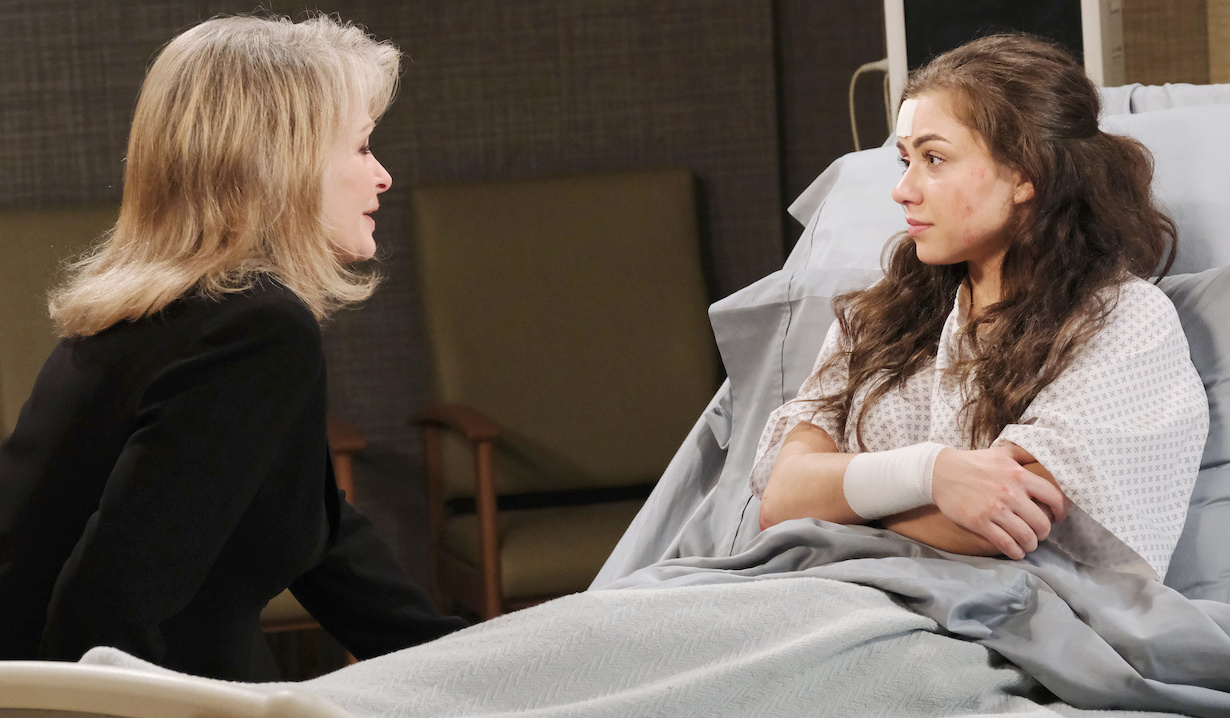 Look who is kissing who!

In the Days of Our Lives weekly preview for April 5 – 9, get ready for a rollercoaster week in Salem as former lovers reunite, new love may be found, and a lost love may be remembered! Continue on for the scoop…

Free from jail after Rafe proved she didn’t kill Charlie, Sami unburdens herself on her former flame Lucas. She makes a shocking confession about the state of her relationship, or lack thereof one, with her husband EJ. Well, one thing leads to another, and the former lovers reunite! Of course, Lumi fans will be thrilled, but EJami fans don’t give up! We know EJ is returning and there is already an unconfirmed report of the actor taking over the role of EJ. If Sami and Lucas do reunite, it likely won’t be for long!

Since coming to Salem, Paulina has had her eye on a number of things. First is bringing her business to Salem, and second is the mayor Abe Carver. Paulina wastes no time in mixing business with pleasure this week.

Ever since being dumped by who he thought was Sarah, Xander’s hit the bottle pretty hard. Now it seems he’s found a friend to join him in his misery, as he offers a drink to Paulina’s spoiled daughter Chanel. What trouble will these two find themselves in? And what would the real Sarah have to say about it?

Theo has been one of the few bright spots in Ciara’s life recently, seeing she can’t remember the last few years and thinks she still detests Ben and Claire. Ben hasn’t exactly been thrilled with Theo, who hasn’t been fighting for him with Ciara. Instead, she remembers her feelings for Theo, and Claire begins to wonder if Theo still has feelings for her. That would make things pretty messy, considering his other ex Chanel is in town and nobody seems to know they were an item.

Theo’s feelings may not matter though, because Ciara finally consents to let Marlena hypnotize her… and it looks like she is remembering! But will she remember that she loves Ben, or fears him even more? Or perhaps the only thing she’ll remember is Claire trying to set her on fire!

Read the Days of Our Lives spoilers to learn who comes forward with information on Charlie’s killer to Rafe. Then get your free daily soap-opera fix for Days of Our Lives — and all of the other daytime dramas — delivered straight to your email inbox by signing up for Soaps.com’s newsletter. Also, be sure to check out our gallery of soap stars and their children.

Days of Our Lives' Loss Could Be...

In Loving Memory of the Days of Our...