Days of Our Lives Exclusive: What’s Next For a ‘Disillusioned’ Xander — Plus, the Xarah Scene You Didn’t See 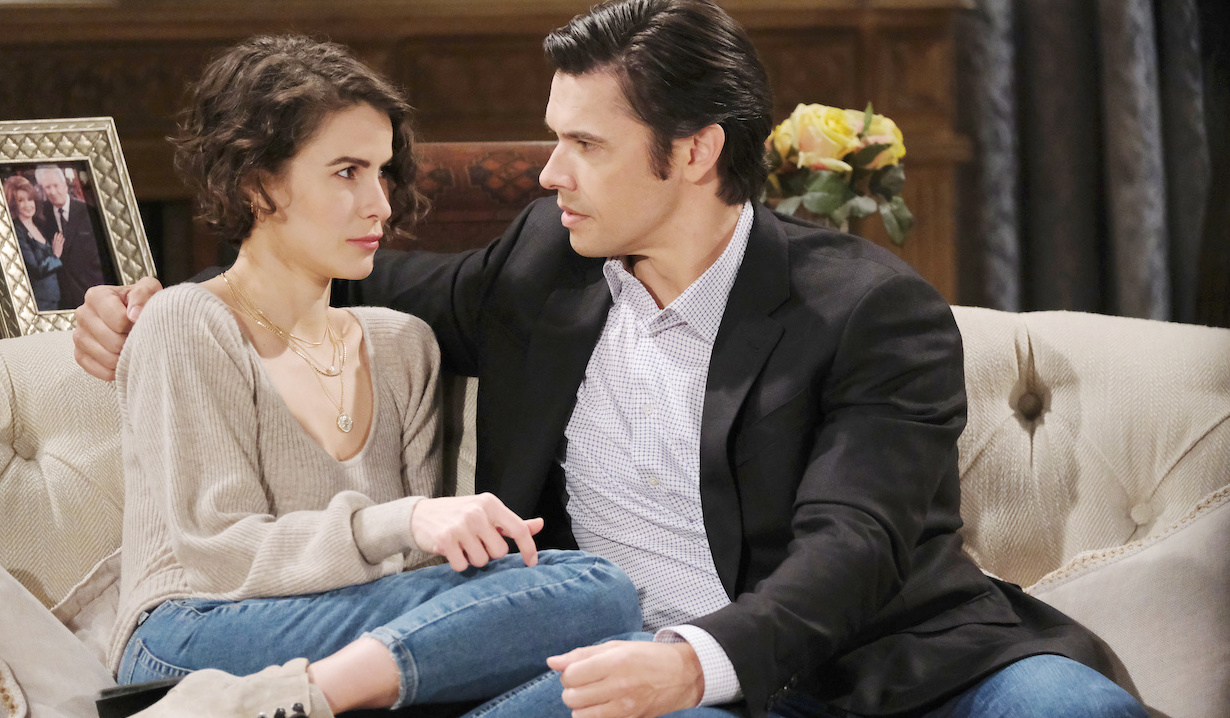 Xander might have struck out with Victor, but all is not lost for the reformed Days villain.

After months of trying to prove himself worthy to Victor, Uncle Vic confirmed he will always choose his son, Philip, over his nephew. It was a slap in the face to Days’ Xander, who finally had enough. Rather than continue sharing the CEO position with his money-laundering cousin, he quit Titan.

So, where does that leave Xander now? There are spoilers ahead, so only keep reading if you want to find out. 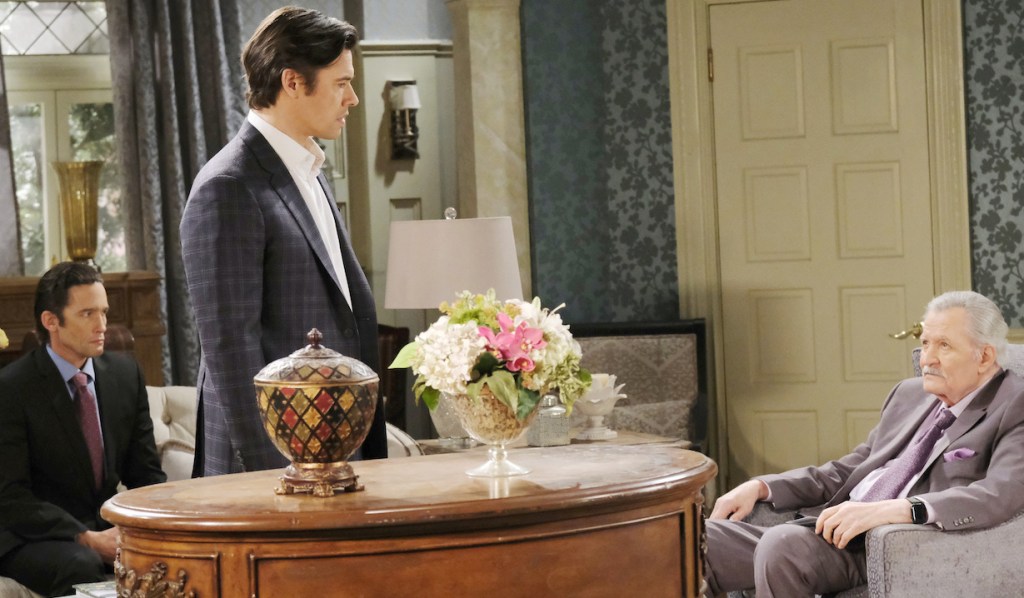 No word on his professional prospects, but Days of Our Lives’ headwriter Ron Carlivati tells us, “He’s disillusioned. You know, it’s the thing that he wanted most and suddenly, he’s like, ‘Do I really want this?’ He’s very disappointed in Victor, which is an interesting reversal, in that, Victor has usually been the one disappointed in Xander.”

Even though Victor let him down, that doesn’t mean Xander’s all alone. There is one person who has his back, despite all the misguided things he’s done over the past few years.

“His focus has been Titan,” Carlivati said, “and now it’s going to be on Sarah. She’s the person who stood by him through all of this. She was there even when it seemed as if he was being irrational where Philip was concerned. Others might have thought, ‘Come on, Philip is a good guy, he wouldn’t be doing what you’re accusing him of.’ But she stood by him and helped him get to the truth. So now, he wants to put a ring on it!”

Yep, Xander’s proposing. With how happy and in sync they’ve been lately, it seems likely Sarah will say yes, but will they get a happily ever after?

Soap fans should probably know better than that, as Carlivati teased, “Because it’s a soap, maybe it won’t be quite that simple.” 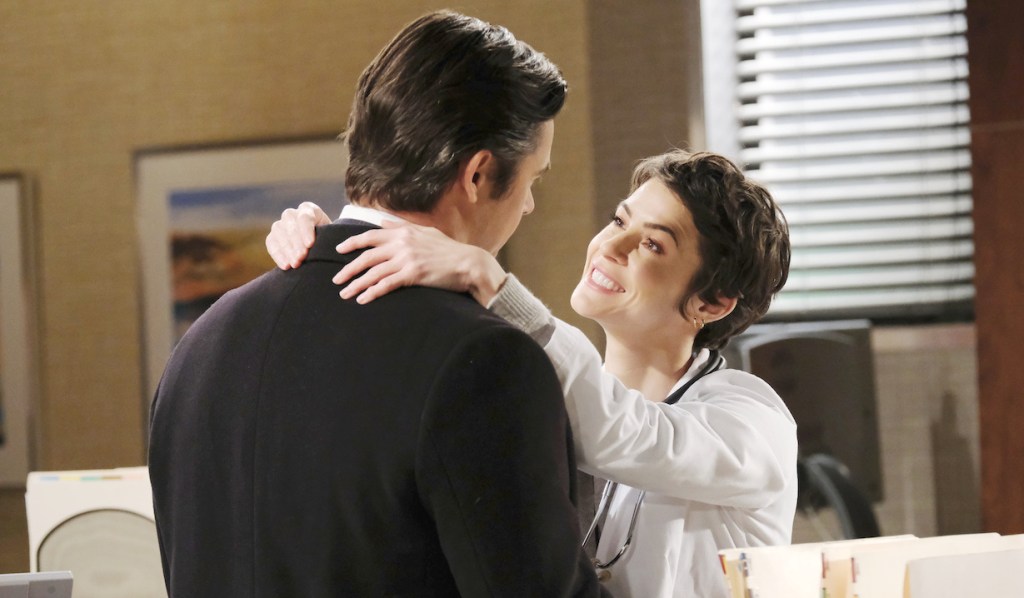 In addition to the above scoop, the headwriter also recently gave Xarah fans a little treat. When asked on Twitter about a missing scene from Tuesday’s show, Carlivati explained a scene was cut for time. However, he shared what viewers would have seen:

They had one scene cut for time: “Xander finds Sarah, tells her: I just quit. Sarah: You what? Xan: Maybe the old me would have been happy begging for scraps, but the new me, the me you helped me become, I feel like he’s worth more. Sarah wraps her arms around him… cont’d

Sarah: I think you became “the new Xander” all on your own, and I for one am very proud of him. As she kisses him passionately… #days #xarah #cutscene

The sweet, romantic dialogue feels like it would have nicely cued up the proposal that is supposed to happen next week. However, with pre-emptions, due to the impeachment hearings, it’s all very tentative.

For when the proposal will happen, keep an eye on the Days spoilers (which we’re regularly adjusting) and tell us what you want to see for Xander’s future — with Sarah and beyond.

To relive their romance, look through our photo gallery of Sarah and Xander’s timeline and then get your free daily soap-opera fix for Days of Our Lives — and all of the other daytime dramas — delivered straight to your email inbox by signing up for Soaps.com’s newsletter. 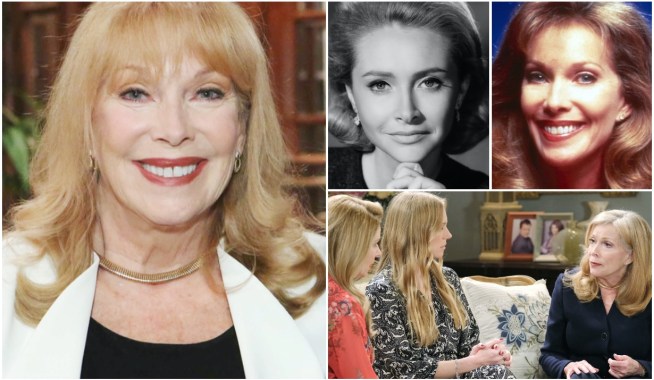 As Days of Our Lives Kills Off Jaime Lyn Bauer’s Laura Horton, We Gotta Ask… Um, Why? — Plus, the Updated List of All the Stars Who Have Passed Through Salem’s Exit

Days of Our Lives' Robert Scott Wilson Breaks the Internet by Showing Off His Best Travolta Moves — and Not From Saturday Night Fever, Either 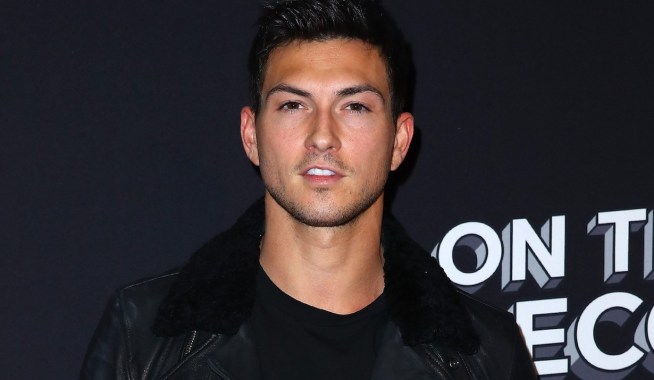