Days of Our Lives Weekly Preview: Laura Returns and Drops a Bomb on Her Family — Plus, Someone Is Poisoned! 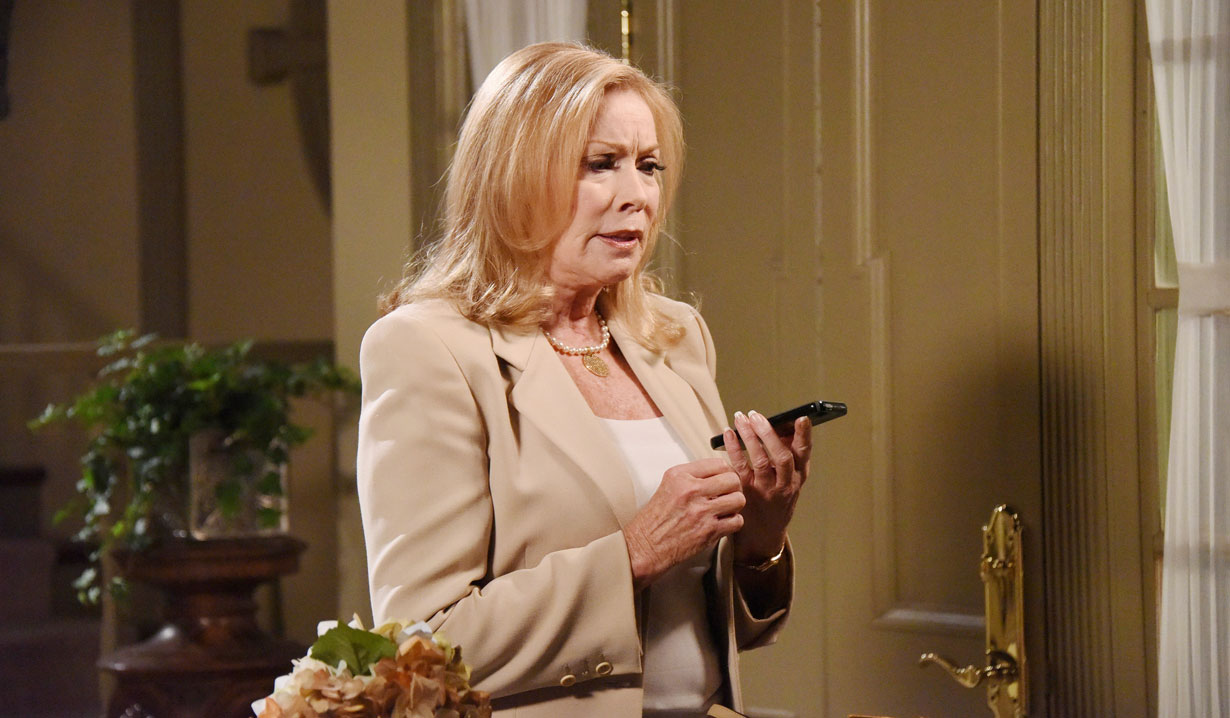 It’s a week of big returns and revealing secrets.

In the Days of Our Lives weekly preview for February 1 – 5, Laura Horton is back in Salem, and she’s not the only one. Susan Banks returns with huge news, and Vivian Alamain resurfaces and daytime diva Linda Dano is taking over the role. Keep reading for all the juicy details!

Gwen, the devious DiMera nanny, finally spilled the beans that she was Jack’s long lost daughter that he threw away after a one night stand with her mother, and then paid her mum off for years to stay away. Jack didn’t deny he could have fathered Gwen but refuted her claims that he met with her mother later on and paid her to go away. This week, Laura is back and Jennifer fills her mother in on all the drama, including that Jack is going to get a paternity test done. We are guessing things don’t go well for him by Gwen’s reaction in the video when she returns the little gift that Abby gave her last week.

Laura tearfully opens up to Jennifer and Abigail about a huge secret she never expected to tell them. Just what does Laura have to do with nannygate? Meanwhile, Chad, who still hasn’t been forgiven by his wife, wastes no time putting Gwen on notice that he’ll move heaven and earth to be rid of her. Gwen, who is feeling mighty full of herself right now, decides to take on Julie of all people. That would be a mistake, and one Jack is forced to intervene in. Check out the video to find out how that one goes!

Elsewhere in Salem, Chloe was guilt-ridden over not listening to Brady about protecting Philip from the mob, which resulted in Brady getting shot. Well, it appears she’s moved on from that guilt and is moving on with someone surprising. As for Brady, he has a few choice words for Kristen, who is back in prison after breaking out to visit him.

Viewers were surprised to see Ciara alive and being held captive by one of Vincent’s henchmen in a creepy plexiglass cell decorated like a room from the Salem Inn. Back in Salem, Ben opened up to Claire that he feels Ciara is alive and has been making contact with him on a spiritual level. Little does he know he’s right, and someone surprising returns to Salem to confirm that Ciara is alive. She might not be for much longer though. Ciara makes an attempt to escape, but as the video shows, it doesn’t end well for her. Time could be running out for Ciara!

More: Is Vincent really the one holding Ciara hostage?

Finally, Eli and Lani have a huge lead on who took their twins, and it points straight to Lani’s nemesis Vivian Alamain. Vivian has long had it out for Lani after she accidentally shot and killed Vivian’s son Stefan. Vivian was later stunned when Jake turned up in Salem and learned that she had twins years ago and never knew it because Ivan hid one of the babies. With Lani just having given birth to twins it was probably too much for Vivian to handle. And speaking of her other son, Jake pays a visit to Gabi to discuss her proposal and finds himself tongue-tied at the sight of her in a towel. It appears Gabi was right to claim Jake might not be as over her as he says he is.

Read the Days of Our Lives spoilers to learn who is at Brady’s side when he wakes up. Then get your free daily soap-opera fix for Days of Our Lives — and all of the other daytime dramas — delivered straight to your email inbox by signing up for Soaps.com’s newsletter. Also, be sure to check out our gallery of John Black through the years.

<p>At a time when John and Marlena should have been enjoying a relatively peaceful stretch of togetherness, they couldn’t, not really, because an aneurysm had turned him into an emotional wreck — and we don’t just mean that he cried at only <em>modestly</em> sad movies, either. He became so unstable that — whereas everyone else at what were supposed to be the nuptials of Belle and ex-husband Shawn Brady only <em>thought</em> about strangling wedding crasher Jan Spears — John actually <em>did</em> it!</p>

Days of Our Lives Mystery: Is...

Exclusive Days of Our Lives February...