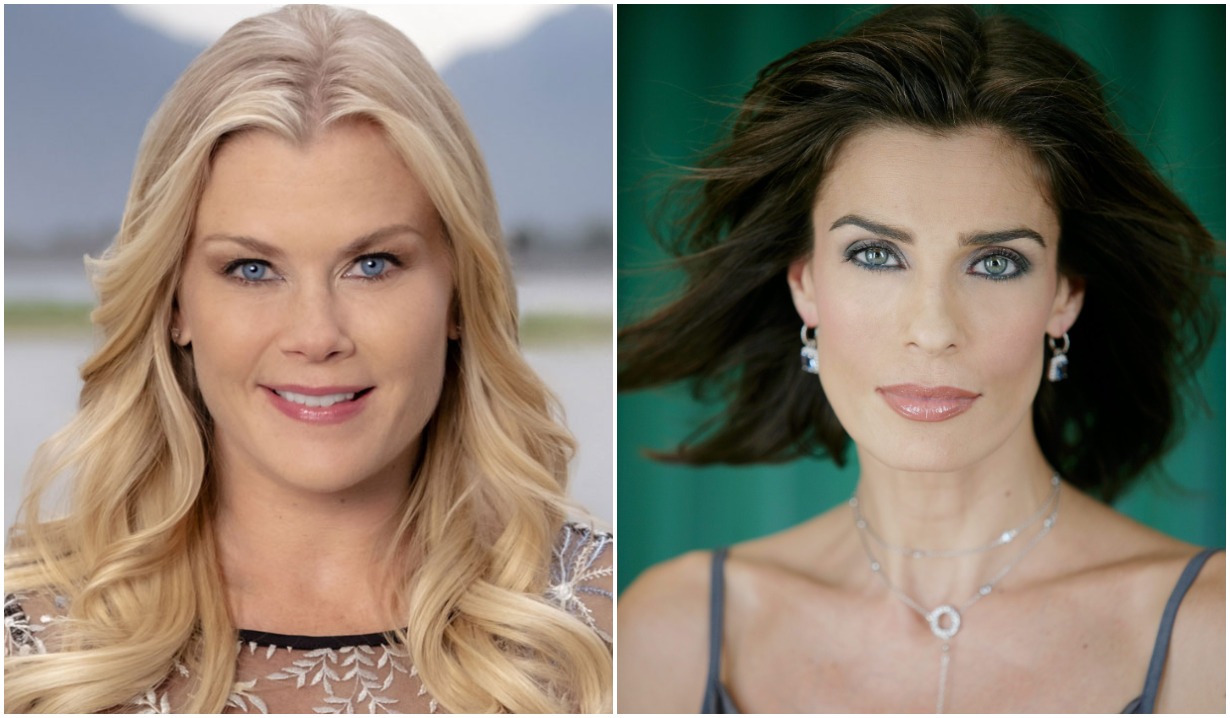 Two popular Days of Our Lives actors — who happen to be very good friends — in one suspenseful new movie.

For a few months now we have been highlighting behind the scenes tapings of Hallmark Movies & Mysteries’ fifth installment of Alison Sweeney’s (Sami) series, and now we can announce the premiere date for Chronicle Mysteries: Helped to Death, as first noted by ET. On Sunday, February 21, at 8 pm, not only will viewers get to watch true crime podcaster Alex McPherson (Sweeney) team up with her colleague Drew Godfrey (Benjamin Ayers) in the latest case, they will recognize a very familiar face in the extended cast.

As we reported last October, Sweeney shared a photo from the set to announce that fellow Days of Our Lives actress Kristian Alfonso (ex-Hope) had joined the cast. “So excited that @kristianalfonso is able to join us for a @chroniclemysteries movie!!! Welcome to the @hallmarkmovie family!!!”

She went on to admit that they’d had some wet weather during filming — but nothing that slowed them down. “Rainy days in Vancouver on @chroniclemysteries. But we don’t let it slow us down!!!”

Alfonso revealed that she would be playing a role, much like her Salem character, as a local sheriff.

And she followed with several posts from the set, one that stated, “Working beside my #dear #friend @alisweeney on @chroniclemysteries @hallmarkmovie #canada.”

Plus another referring to her Salem character’s notorious trademark look — the sideways glance! “Hmmm …#oh noooo #lol the #sideways #glance 😳! Is she buying what he’s #selling ?? 😉@hallmarkmovies.” Incidentally, Alfonso left her Days of Our Lives role in November 2020.

So, what’s the latest mystery involve this time around? When people go to a self-help retreat the last thing they expect is to die… but in fact, the premise in question, is exactly the backdrop for that — death. Look for Alex and Drew to investigate the facility where not only current deaths have occurred, but past ones are uncovered as well.

And Sweeney shared the movie’s art by saying, “We can’t wait to share the next @chroniclemysteries with you!! One month from today Helped To Death premieres on @hallmarkmovie – so many wonderful performances in this!”

We always look forward to seeing Sweeney on Hallmark and can’t wait to watch Alfonso in action. Watch the full promo below. Oh, and did you hear? Alfonso can also be seen in Lifetime’s upcoming film adaption of V.C. Andrews’ Landry saga in the role of Gladys Tate this March.

Are there other soap opera actors that you would like to see do these types of movies? We’ve listed 10 stars from The Bold and the Beautiful, Days of Our Lives, General Hospital and The Young and the Restless who should totally be doing Hallmark movies — view them all in the photo galley below! 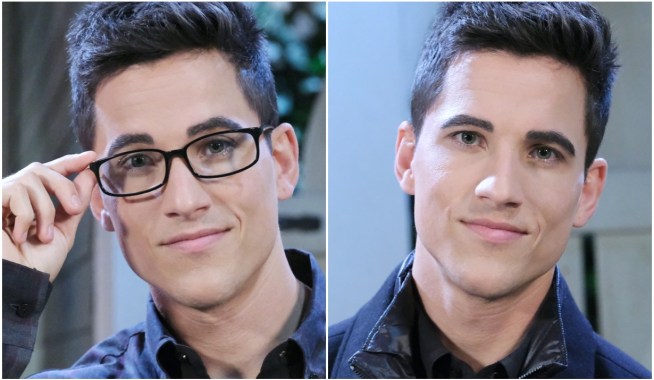 Days of Our Lives' Kate Mansi Teases Her Hush-Hush Return to TV: 'I Can't Say Anything More' — Ah, But *We* Can! 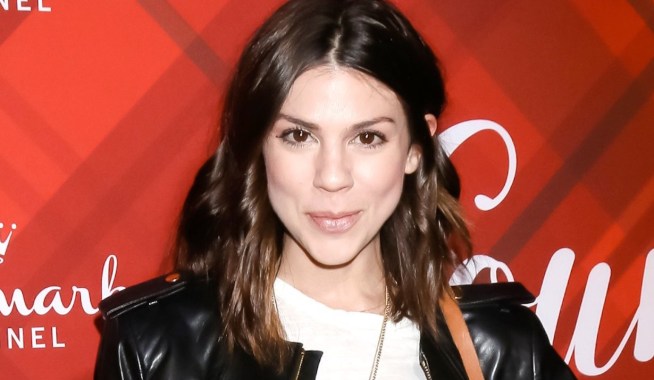