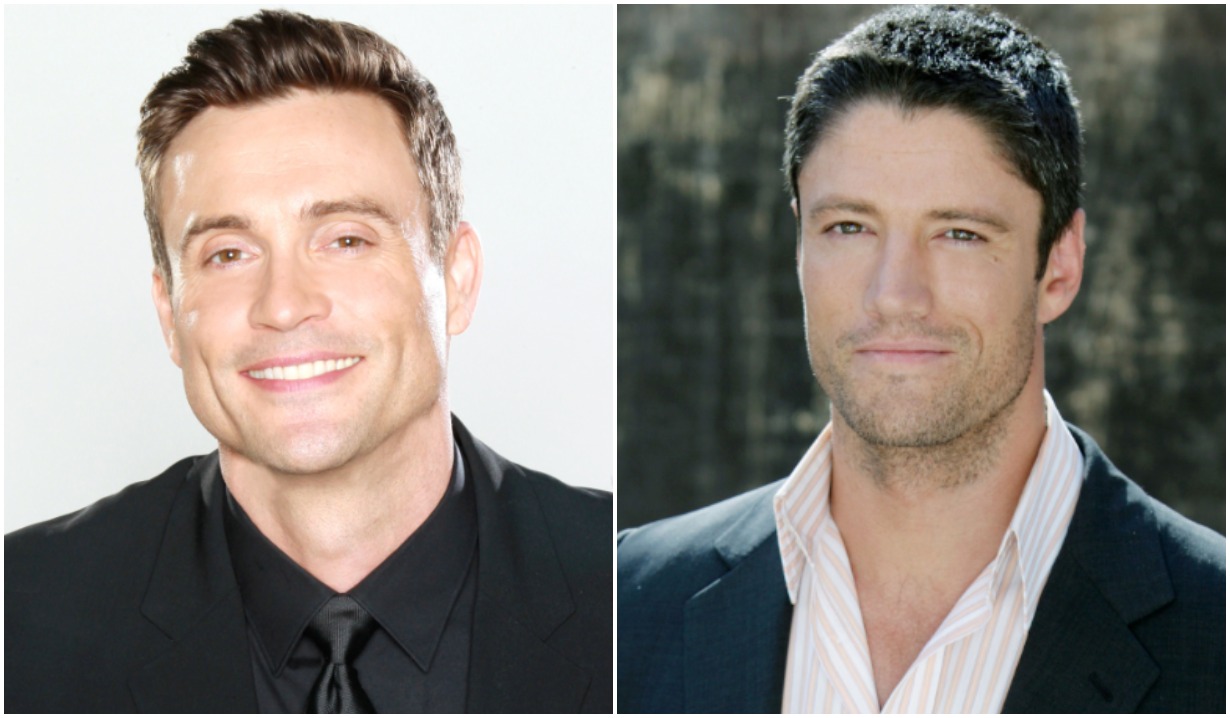 Without even meaning to, we caused a bit of a stir!

By now, you’ve probably heard that Daniel Goddard — formerly Cane on The Young and the Restless — has been cast as the new EJ on Days of Our Lives, and that he’ll first appear when Alison Sweeney’s Sami returns to the canvas later this year. You may even have heard that he got in a bit of trouble by tweeting out the news and then deleted the social-media message but not before it could make the rounds.

The only problem? None of it is true. How do we know? Well, because we’re sorta accidentally responsible for the confusion! 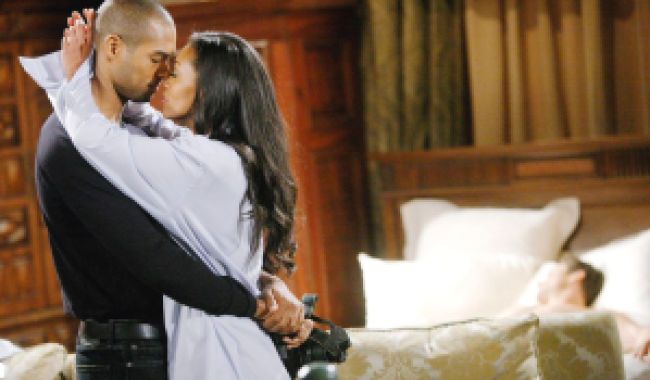 On Young & Restless, Archey’s Mason conspired with Mishael Morgan’s Hilary to break up the marriage of Goddard’s Cane… seen here sleeping like a baby behind the duplicitous pair!

The confusion started when we wrote a story offering up our wild predictions about what might unfold in the coming year on the soaps. In the article, we speculated as to who fathered Steffy’s baby on The Bold and the Beautiful, to whom General Hospital‘s Jason might turn during his separation from Sam and the aforementioned notion that Goddard might step into the shoes vacated by EJ’s former portrayer, James Scott, who has made it clear he has no intention of returning.

Upon reading the story, Goddard shared it on Twitter with the words, “Well, hello, Days of Our Lives.” Quicker than you can say “shocking recast,” the Internet — taking his words as confirmation — began offering up their congratulations.

Fans weren’t the only ones excited by the supposed news. Lamon Archey (Eli, Days) — who’d played Mason opposite Goddard’s Cane when both were appearing on Young & Restless — extended an excited welcome to his supposed new castmate… only to have a viewer fill him in on what had really gone down.

Hahaha!! Well damn, sounded good to me! We doing April Fools in January I guess. 🤣 https://t.co/h8JwPkWkfg

Turns out, it also sounded good to a whole lot of other people. Before long, the Internet was overflowing with people offering Goddard their congratulations on his supposed new role. Apparently realizing that people had taken his tweet as a casting confirmation, Goddard deleted it… but that did little to stop the rumor’s spread.

Could what started as a rumor wind up turning into truth? The fact is, Sami will be coming home soon, and the show has confirmed this won’t simply be a short visit. Given that she has been devoting all of her time to caring for EJ, rumors of whose demise were greatly exaggerated following his supposedly fatal shooting back in 2014, the show will have to either recast the role or find a way to explain his absence.

While Goddard was not among the actors we suggested might take on the part when first we played casting director last fall, he was among the contenders put forth by fans. And based on reader reaction to our 2021 prediction, it would seem that you still like the idea.

So what say you, Days of Our Lives fans… could you see Young & Restless‘ erstwhile Cane stepping into the role of Chad’s big brother? Share your thoughts (and we know you’ve got ’em!) in the comments, then check out the gallery below in which we count down Salem’s 35 most memorable characters of all time. And yes, you’ll definitely find both Sami and her back-from-the-dead mate among them. 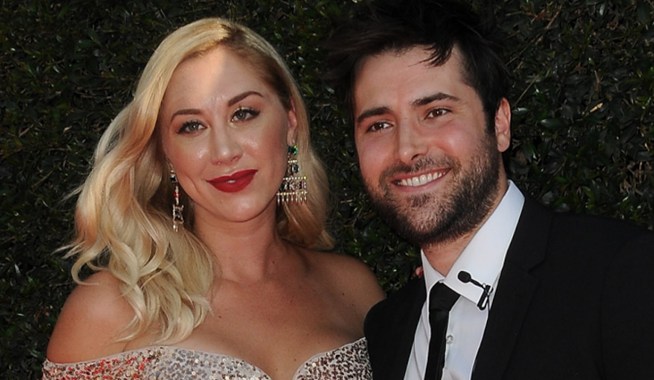 Days of Our Lives' Freddie Smith and Alyssa Tabit Ring in the New Year as Newlyweds: 'In Such Uncertain Times, the One Thing We Were Certain of Was Our Love'

Does Laura Horton’s Return to Days of Our Lives Mean What We Think It Does for Gwen? 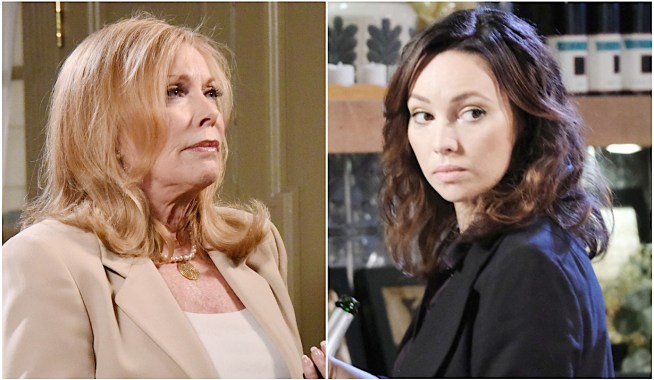