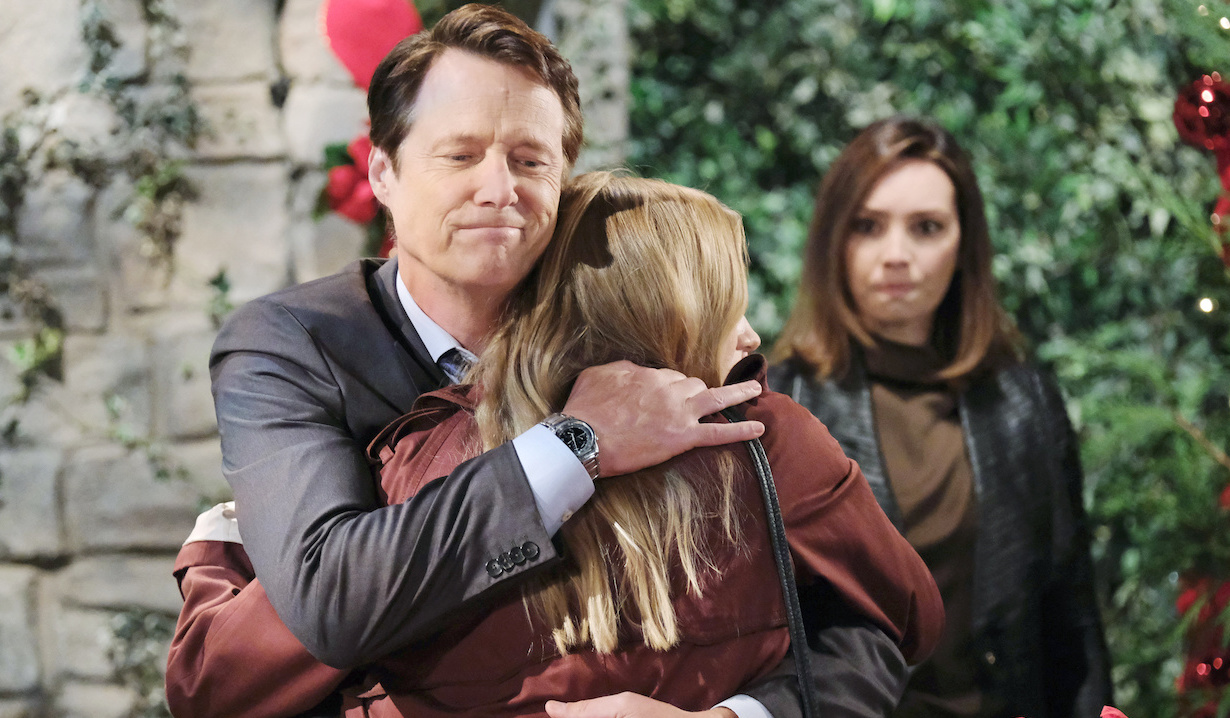 Don’t miss the holidays in Salem.

In the Days of Our Lives weekly preview for December 21 – 25, it’s Christmas in Salem, which means a time for reunions and rejoicing. Will returns to town to visit Allie and his family, and Ben joins the Hortons as they gather to decorate the tree with the Horton Christmas ornaments. Ben has been having a hard time moving on after Ciara’s death, and the season is bound to be tough for him.

In what’s become a holiday tradition for Steve, he dresses up as Patchy Claus to hand out presents to the children at Salem University Hospital. You can be sure that someone will also read The Christmas Story to the kids.

Chloe, who has been doing a bang-up job at Basic Black working with Brady and Nicole, joins Philip for Christmas at the Kiriakis mansion. Seeing that Victor despises her with a passion, we doubt he will be feeling very merry. He’s also slowly catching on to the fact that Philip is up to no good at Titan, but as of yet, nobody has figured out he’s laundering Ava’s money there. And if Chloe wasn’t enough to give Victor a headache, Bonnie joins Justin at the mansion for the festivities.

After their last wedding was thwarted by Jan kidnapping Belle and taking her place, Shawn surprises Belle with a proposal and a spontaneous wedding. Hopefully, this one will go off as planned.

With Eli and Lani still estranged after Eli betrayed his wife and put her bestie Kristen behind bars, Lani goes into labor. Valerie and Abe are on hand to welcome their grandchildren into the world. Can Christmas, and the birth of their children, bring Eli and Lani back together?

Finally, the holidays work their magic with reunions for Kristen and Brady, and Ben and Ciara… but both may simply be a Christmas dream. You’ll have to tune in to find out.

Read the Days of Our Lives spoilers to learn what Marlena asks of John. Then get your free daily soap-opera fix for Days of Our Lives — and all of the other daytime dramas — delivered straight to your email inbox by signing up for Soaps.com’s newsletter. Also, be sure to check out our gallery of past soap opera Christmas episodes.

As Days of Our Lives Airs Its...