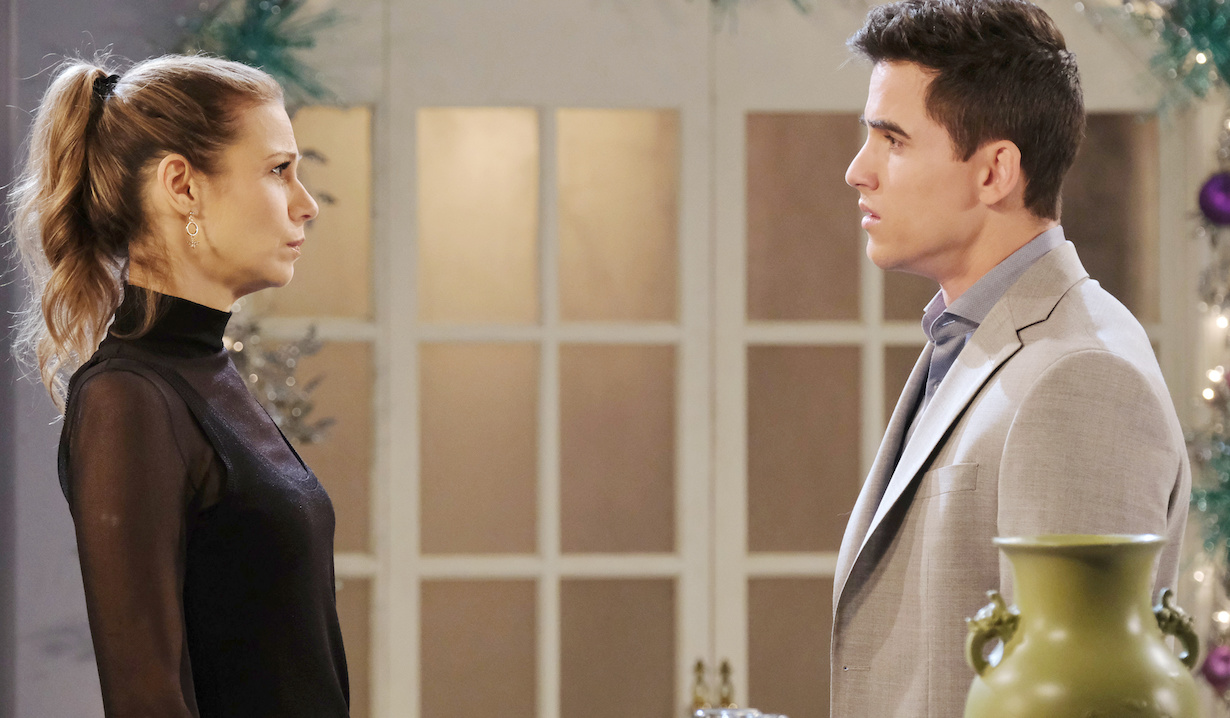 We knew it was coming, but it still felt like a sucker punch.

When Days of Our Lives‘ Ava opened the door at the end of the December 14 episode to find Charlie standing on the other side, we pretty much knew what was about to happen. But rather than rip the bandage off, the soap gave us one more day to revel in the adorableness of the guy who had only just made Claire his girlfriend.

The following episode, however, affirmed what we’d long suspected about Titan’s adorkable intern. Of course it wasn’t a coincidence that he showed up in Salem just as Tripp was insisting he hadn’t sexually assaulted Allie in London. While headwriter Ron Carlivati admits he “was surprised how quickly people began connecting the dots,” even those who’d failed to do so could no longer deny the truth when Ava flat-out accused Charlie of having raped Allie.

He tried to deflect the accusation, but she laid out her case succinctly. Like Tripp, Charlie had been in London at the time of the attack. In fact, he’d been there at Ava’s behest, keeping an eye on Tripp while she played dead to escape prosecution on charges of having kidnapped Kayla.

Three people being in the same city at the same time? Could be a coincidence. After all, as Charlie pointed out, London is a big city. Plus, the DNA connecting Tripp to Allie’s baby seemed to confirm that the wannabe doctor was lying about what had happened that night.

“You and I both know that someone else shares a lot of the same DNA, and that is you, Charlie,” an angry Ava practically spat. “You share DNA because you and Tripp are brothers!” For most viewers, it wasn’t so much a shock as it was confirmation of what they’d long suspected and, for those who’d come to care about Charlie, feared.

More: Charlie’s portrayer is braced for your anger

But that single twist has raised multiple questions, including who, exactly Charlie is. While we now know that he and Tripp share DNA, just how connected are they to one another? Were the young men separated at birth — making Charlie not only Tripp’s brother but Steve’s son — or is mom Ava the tie that binds them?

The fast-approaching holiday season will be difficult for everyone involved. Watch for Ava’s situation to spiral out of control as she winds up in over her head. And after Steve has a conversation with Allie — hearing directly from her what happened that night in London — he might see things differently.

More: How Chad is ticking off some viewers

Then there’s Claire, who has opened her heart to Charlie. After everything the young woman’s been through, how will she deal with the revelation and its fallout? And what of the two people who’ve been at the heart of this drama since first it began unfolding, Tripp and Allie?

What’s your take on this twist, and what do you think should happen next? Is this the end of the road for Charlie? Hit the comments with your thoughts, then visit the gallery below to relive some of daytime’s other shocking reveals.

Days of Our Lives’ Brandon Barash...

As Days of Our Lives Airs Its...