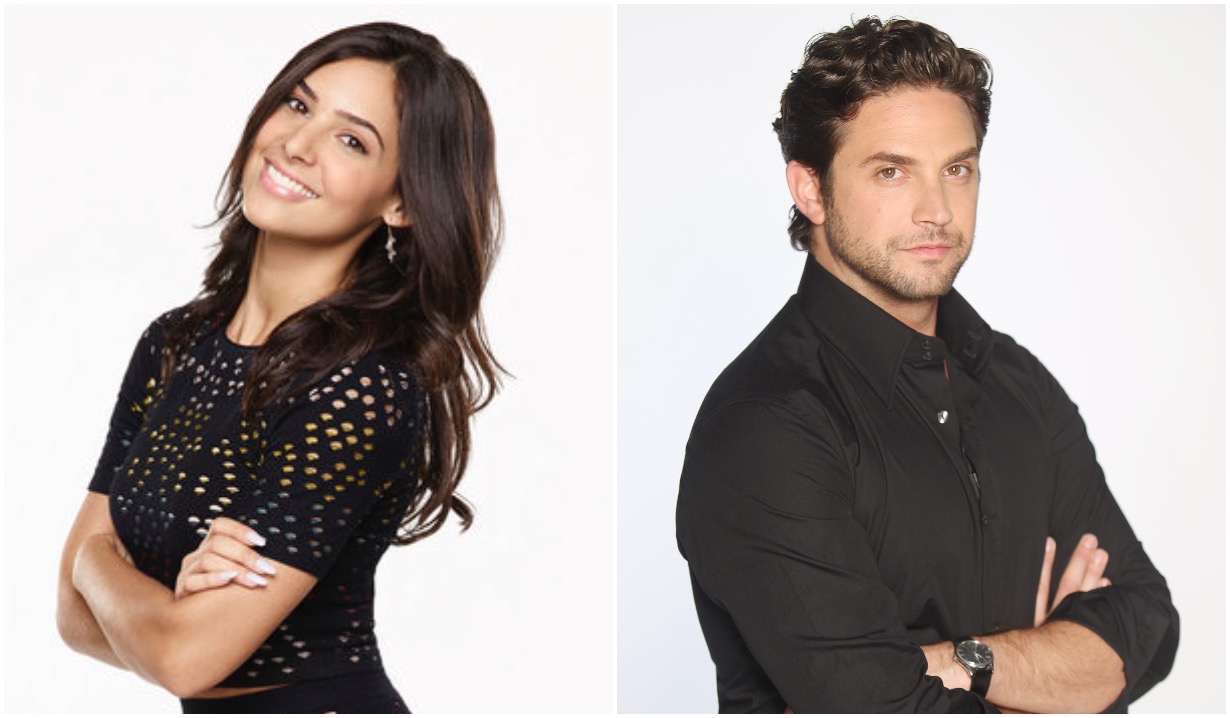 Did she just challenge us to a game of Where’s Waldo?… only without Waldo?

Oh, Camila Banus, you sure know how to get our attention. On October 20, the Days of Our Lives star, who’s soon to return to the show as Gabi, posted some backstage shots with a twist: Embedded in one of them was a spoiler about her iconic scamp and new love interest Jake — you know, the heretofore-unknown twin brother of her late husband, Stefan. (Hey, it could happen!)

More: All the stars returning to Days [PHOTOS]

“Some [behind the scenes images] from the latest shoot at Days,” she captioned her post. “Can’t believe it’s been a decade for me.” Us, either, not unless we review our photo-filled timeline of her storied stint as Gabi. (If you’re so inclined, you can do so by clicking here.)

Mind you, Banus wasn’t just waxing nostalgic and sharing a glimpse of what it’s like backstage for her and leading man Brandon Barash, who played Stefan before being given a new lease on life as Jake. “Slide to the last pic,” the actress suggested, “and zoom in for a Gabi and Jake surprise.”

Some BTS from the latest shoot at @nbcdays ! Can’t believe it’s been a decade for me 💜💜💜 slide to the last pic and zoom in for a Gabi & Jake surprise 😍 @brandonjbarash #nbcdays #dool #gabichic #10yearsofgabi #photoshoot #fallcolors #guess

We did exactly that, and we’ll be damned if we can tell for sure what Banus expected us to see. Judging from the deliberate way that her hand is placed on her co-star’s leg, we’re guessing that we oughta be catching a glimpse of a ring — as in maybe Gabi and her late husband’s brother are about to get super serious super fast. But some commenters on the post had other ideas — or should we say… hopes? “I would love if Gabi came back from Mexico pregnant with Jake’s baby,” wrote tammym422. “That would make it very interesting.”

That it would. What do you think is the surprise we’re supposed to be spotting? Do we need to get our glasses adjusted — and also get glasses? On your way to the comments, be sure to check out our recent interview with the scene stealer above and stop off at the photo gallery below to review our countdown of Days of Our Lives’ all-time greatest characters. Even if you hate the order in which we’ve put your faves, you’re sure to love the gorgeous pictures.

Days of Our Lives' 'Friends Forever'...

Days of Our Lives' Tamara Braun...