Kristian Alfonso’s Days of Our Lives Castmates Do Their Best to Let Go: ‘This Is So Long, Not Goodbye’ 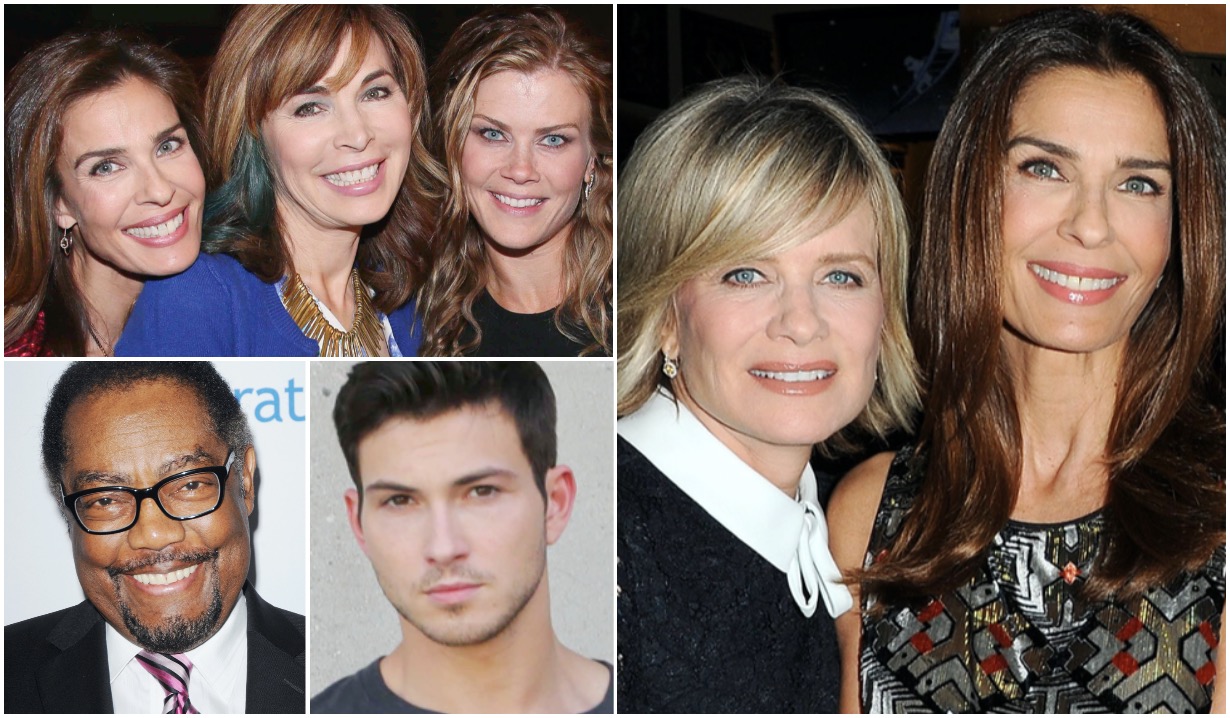 As hard as it’s been for viewers to know that Hope won’t be appearing on the NBC soap today or again, imagine how tough it is for her beloved portrayer’s co-stars to know she won’t be back at the set.

No sooner had the October 14 episode of Days of Our Lives ended than the messages began appearing on social media: Since it was the last time that Kristian Alfonso would ever appear as Hope Williams Brady, the heroine she’d played on and off for 37 years, her colleagues at NBC’s one and only daytime drama wanted to pay their respects and say goodbye as best they could.

“Words cannot express how grateful I am to have [Alfonso] as my friend,” Instagrammed Alison Sweeney, who is set to return to the show as Sami through most of 2021. “Kristian is such a talented and dedicated artist, a hard worker, a motivator, a listener and a chocolate connoisseur. She’s a wonderful mom and a caring friend. I can’t wait to see what this incredible woman does next.”

Today is my dear friend @kristianalfonso ‘s last air show as Hope on @nbcdays – words cannot express how grateful I am to have her as my friend. Kristian is such a talented and dedicated artist, a hard worker, a motivator, a listener and a chocolate connoisseur. She’s a wonderful mom and a caring friend. I can’t wait to see what this incredible woman does next!! 😘😘

Kate Mansi (ex-Abigail) extended her congratulations on what she called “quite a run.” Lauren Koslow (Kate) went a step further, acknowledging Alfonso’s “remarkable body of work” and adding, “You are truly inspirational in your work ethic and devotion to family. Wishing you an extraordinary next chapter as your final episode airs.

Congratulations @kristianalfonso on your remarkable body of work at @nbcdays you are truly inspirational in your work ethic and devotion to family – wishing you an extraordinary next chapter as your final episode airs . still …. Can’t help missing my next door dressingroom neighbor ! !! ❤️U #friendsforever #grateful #days #goodtimes #ofwhatispastorpassingortocome #mindfulness #laughteristhebestmedicine 😘❤️ “One of the most beautiful qualities of true friendship is to understand and to be understood.” -Seneca

James Reynolds (Abe) seconded that emotion. “I will miss this wonderful woman and castmate,” he wrote. Mary Beth Evans (Kayla) tried not to focus on how much she’d miss the actress she called her “girlfriend and sister.” Instead, Evans simply marveled at the “so many years we have known each other” and reassured herself that they’d team up again. “I know this is not the end.”

Girlfriend and sister @Kristianalfonso ….. soo many years we have known each other…I know this is not the end. We will work together again (somewhere). #loveyou!

Evans’ leading man, Stephen Nichols (Steve), wrote that he’d miss Stevano’s Princess Gina on the set. Alfonso, in his estimation, was “always cheerful, inventive and prepared… I’m pretty sure this is so long, not goodbye.”

Kristian, I will miss you on set. Always cheerful, inventive and prepared. From our very early days, my "Sweet thing" to "Stevano's" Princess Gina. Many, many sweet memories . I'm pretty sure this is so long, not goodbye. Love you. ♥️♥️♥️

Tamara Braun, who is on her way back to Days of Our Lives as Ava, posted that she hoped Alfonso was “enjoying every moment of your time with your beautiful family. As much as I and everyone else miss you, we also respect your choice.” On-screen daughter Victoria Konefal (ex-Ciara) said in a recent interview that she, too, had to be supportive of Alfonso’s decision to leave. (You can read why here.)

Melissa Reeves, currently on leave from her role Jennifer, reflected upon the fact that she and Alfonso “have shared so many joys and sorrows and lessons in life growing up together on this incredible show. Today was your last air show, but behind the scenes, the love is even deeper. I have been blessed, sweet cousin… to have grown up with you in the somewhere in the USA town of Salem.

“You have a fierce loyalty to your family, friends and work,” she went on, “and now others will get the blessing of knowing you. It is just the beginning of new adventures for you, my sweet friend.”

Oh my the incredible Days of Our Lives❤️ @kristianalfonso we have shared so many joys and sorrows and lessons in life growing up together on this incredible show❤️ today was your last air show but behind the scenes the love is even deeper❤️I have been blessed sweet cousin “cuz” to have grown up with you in the somewhere in the USA town of Salem❤️ you have a fierce loyalty to your family, friends, and work and now others will get the blessing of knowing you. It is just the beginning of new adventures for you my sweet friend🥰 love you cuz forever ❤️ xoxoxo ciao bella

In an Instastory, Days of Our Lives son-in-law Robert Scott Wilson (Ben) thanked Alfonso “for blazing the trail.” Picking up on that theme, a story posted by Freddie Smith (ex-Sonny) credited the MVP with helping to “pave the way for so many others to live their dreams.”

Echoing a familiar sentiment, Martha Madison (Belle) said that she considered herself lucky to have shared the stage with Alfonso and added that Days of Our Lives “won’t ever be the same without you there. Wishing you endless joy and all the magic!”

I feel so lucky to have shared the stage with you, @kristianalfonso! #Days won’t ever be the same without you there. Wishing you endless joy and all the magic! 💫 With gratitude, M

Meanwhile, headwriter Ron Carlivati took to Twitter to bid a fond farewell not only to Alfonso but Melissa Reeves (Jennifer). “Saying goodbye… for now,” he wrote. “Wishing them both the best.”

Saying goodbye…for now…to @kristianalfonso and @missyreeves4, whose final episodes aired this week on @nbcdays. Wishing them both all the best! #days pic.twitter.com/kVdooW7aJT

If you’re so inclined, you can drop your own adieu in the comments below. And while you’re here, check the photo gallery below for the latest list of Days of Our Lives actors making tracks out of Salem.

Kristian Alfonso's Last Days of Our...

Days of Our Lives Hunk Shares a...