On Days of Our Lives, Allie’s Accusations Against Tripp Not Only Raise Concerns, They Open the Door for Important Conversations 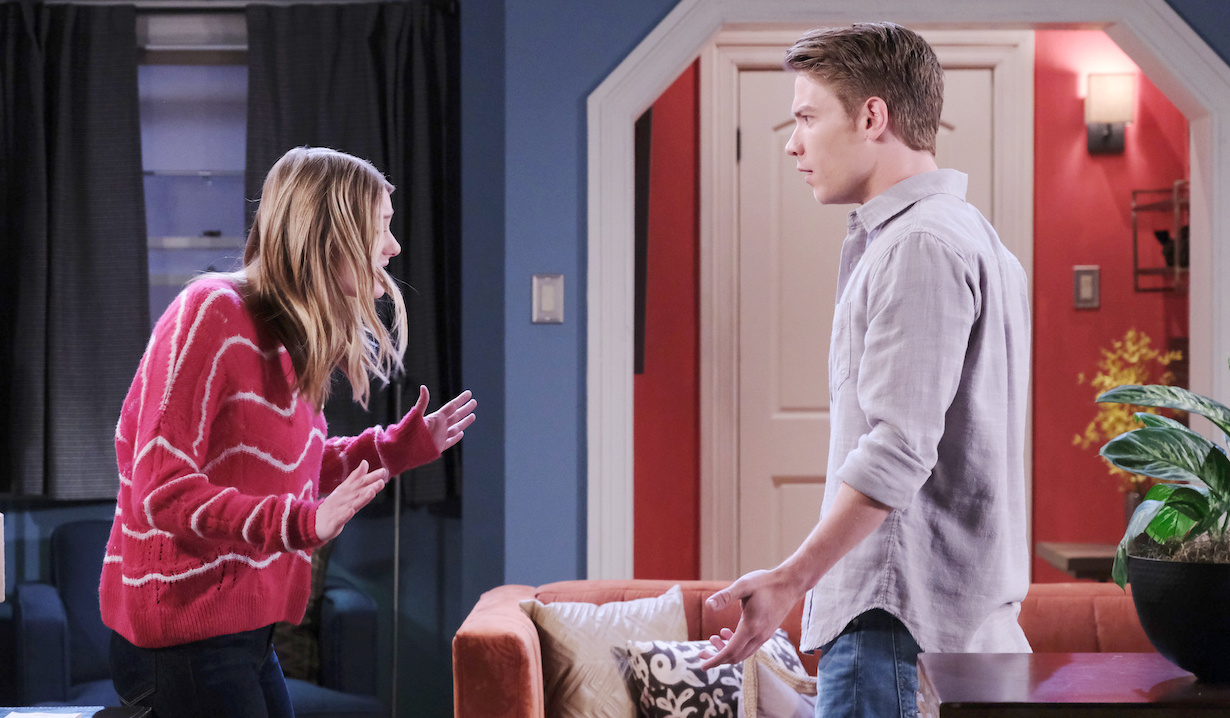 The sensitive, timely storyline should be given the respect that it’s due.

As Days of Our Lives heads into a two-day pre-emption due to the French Open, the NBC soap’s viewers are left wondering who is telling the truth — Tripp or Allie. This week saw Allie report Tripp to the Salem PD for raping her in London. She’s facing an uphill battle getting justice in her hometown, considering that the crime happened out of the country. But that might not be her only hurdle. Not only does Tripp flatly deny raping her, but he insists that he didn’t have sex with her, period.

It seems an easy way to prove Tripp’s innocence or guilt is to have baby Henry’s DNA tested — at least since Allie claims that he’s a product of that fateful night. Since this is Days of Our Lives, though, it probably won’t be that simple. But the bigger issue is that, with so many women in the real world not being believed and even verbally attacked when they bring forward rape allegations, it’s hard to hear Allie repeatedly called a liar by both Tripp and Steve. To have it drilled into us that Allie was blacking-out drunk, indicating her story might be unreliable, feels like the wrong message to send, especially if it turns out that she is, in fact, wrong.

We are fairly sure that Tripp’s name eventually will be cleared, but even should someone else prove to be guilty, that person — who either is or undoubtedly will show up in Salem — is likely to avoid being charged, given that the crime took place in another country. This would make the perpetrator — no matter who it might be — the latest in a long line of Days of Our Lives rapists who have been allowed to roam free and even find supercouple type love the way Jack, Kristen and Stefan were able to do. Ditto for serial killer Ben and baby-stealing, woman-caging Xander. Then there are Leo and Bonnie, whose predatory behavior has been played for laughs. Bonnie even raped a drunk-out-of-his-mind Lucas, who thought that she was Adrienne; now, the opportunist is cozying up to an increasingly receptive Justin.

The best way to avoid Tripp becoming another abusive anti-hero is to make Allie’s rapist someone we don’t know. This leads us to oft-spilled-on intern Charlie. He came to town just as this story kicked off, and he just had a meet-cute with Claire, whose cousin is the victim and whose ex is the alleged culprit. We have many theories about who Charlie could be, but Allie’s rapist is the frontrunner.

We also speculated that Charlie could be a Vitali. That would make him related to Tripp, which could have an effect on that potential name-clearing DNA test. The men don’t appear to be identical twins, so their DNA wouldn’t be an exact match, but we have faith that Days of Our Lives can explain that away.

A classic DNA switch could also mess things up for Tripp if he is to be believed. But, as has been mentioned repeatedly over the past few days, Tripp does have a shady past. He might seem clean-cut now (not that that matters in cases of rape), but he did try to avenge his mother Ava’s death by threatening Kayla with a scalpel, and he tried to set up Ben for the cabin fire. Is he violent enough to have raped Allie? She certainly believes so.

Days of Our Lives has opened the door for many nuanced conversations about consent and alcohol when it comes to sex. The show introduced the topic of toxic masculinity in Wednesday’s episode by having rape survivor Kayla point out that women and men often view assault differently. Of course, it turned into Steve berating Kayla for not immediately believing his son, but hopefully, more important and substantive conversations are coming down the pike.

What is your take? How will this story play out, and what do you think of the way Days is handling it so far? Share your thoughts below and then take a look through our photo gallery of the most memorable characters on Days of Our Lives, at least a few of whom should be behind bars. (Just sayin’.) While you’re at it, get your free daily soap-opera fix for Days of Our Lives — and all of the other daytime dramas — delivered straight to your email inbox by signing up for Soaps.com’s newsletter.