Days of Our Lives Spoiler Video: Charlie, the New Guy in Salem, Wastes No Time in Asking [SPOILER] on a Date 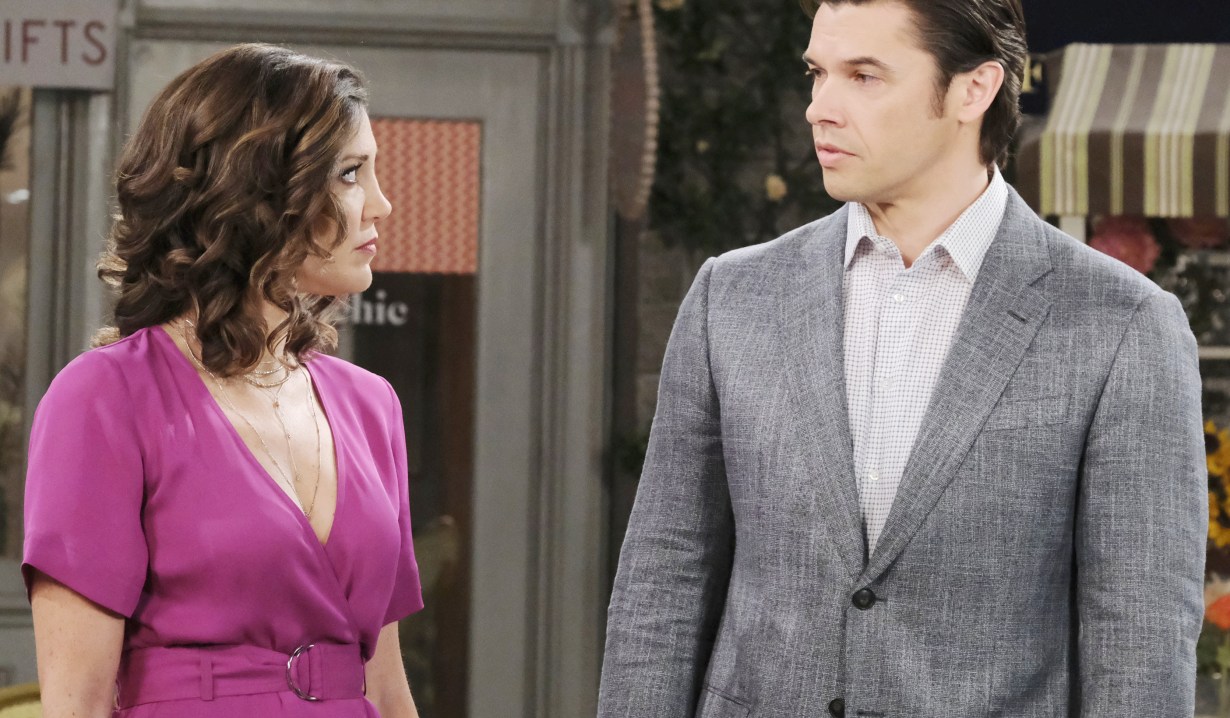 In the Days of Our Lives extended spoiler video for the week of October 5 – 9, Allie accuses Tripp of raping her, and he’s brought into the Salem PD where he denies the charge. Later, Tripp confronts Allie, as Kayla tells Steve it’s possible Tripp is guilty, leaving Steve in shock. Trask asks Eli to get her a taped confession of Kristen admitting to stabbing Victor so she can put her away. Eli confronts Kristen, who admits she feels horrible for what happened, but he doesn’t give a damn. Xander hands Jan what appears to be cash, and then Philip accuses Xander of putting Jan up to having him arrested and calls him a dumb mother … and Xander quickly tells him to watch it. In Horton Square, Claire accidentally spills her coffee on the new guy in town, Charlie (played by Mike C. Manning) and he immediately asks her on a date, a proposition she finds intriguing.

Read the Days of Our Lives spoilers to learn who seeks forgiveness, and who offers someone an olive branch. Then get your free daily soap-opera fix for Days of Our Lives — and all of the other daytime dramas — delivered straight to your email inbox by signing up for Soaps.com’s newsletter. Then browse our gallery to get your first look at this year’s Hallmark Christmas movies.

Days of Our Lives’ Galen Gering...

On Camila Banus' 10th Anniversary as...

Cheap Trick’s ‘Out to Get You! Live 1977’ Is a Gloriously Raucous Blast From the Past

Performer of the Week: Naomie Harris