Days of Our Lives Spoiler Video: After Being Accused of Rape, Tripp Confronts Allie 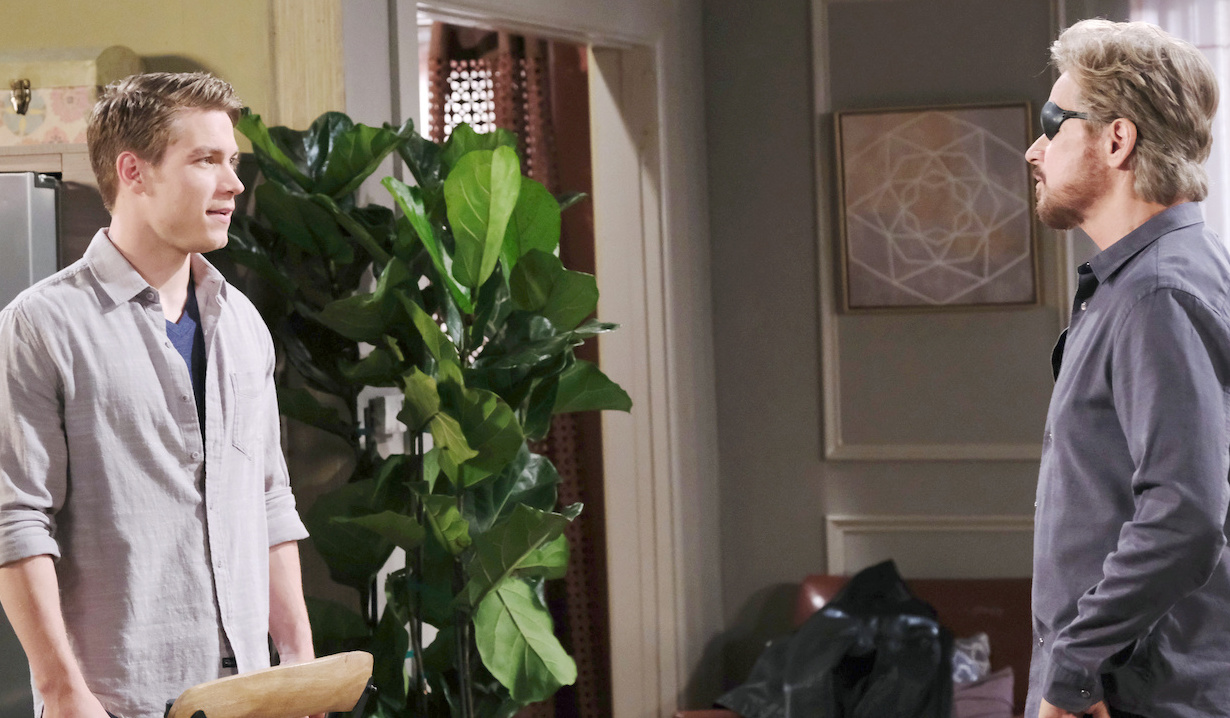 In the Days of Our Lives spoiler video for the week of October 5 – 9, at the Salem PD, Steve believes there has to be a mistake as this is his son. Allie insists to Claire that Tripp raped her. Tripp swears Allie is lying. Kayla tells Steve that Tripp might be someone who can’t take no for an answer, and Steve can’t believe Kayla thinks Tripp did this. And a furious Tripp turns up at Nicole’s apartment to confront Allie.

In a recap of what happened last week, Tripp was stunned to find Allie, who he knew from London, in Salem. Later a troubled Allie confessed to Nicole that she met Tripp at a party, got blackout drunk, and he took her home and raped her. Meanwhile, Steve questioned his son if he could be the father of Allie’s baby, but Tripp said it was impossible because they never had sex. Melinda Trask had video evidence against Lani proving she helped Kristen DiMera flee town after Kristen confessed to stabbing Victor. She told Eli she would not pursue charges against Lani if Eli brought her undeniable proof of Kristen’s guilt. Xander and Jan conspired against Philip, and Jan accused Philip of threatening her life, forcing Shawn to arrest him. Sarah suspected Xander’s involvement and warned him that if he resorted to his old ways it would be over between them. Hope and Ben were able to locate and bring Vincent back to Salem and hoped to finally get answers as to Ciara’s fate. And Gwen began to watch Chad and Abigail’s kids, further inserting her into their lives.

Read the Days of Our Lives spoilers to learn who is fired. Then get your free daily soap-opera fix for Days of Our Lives — and all of the other daytime dramas — delivered straight to your email inbox by signing up for Soaps.com’s newsletter. Then browse our gallery to get your first look at this year’s Hallmark Christmas movies.

Is Days of Our Lives Getting Ready...

Days of Our Lives’ Galen Gering...