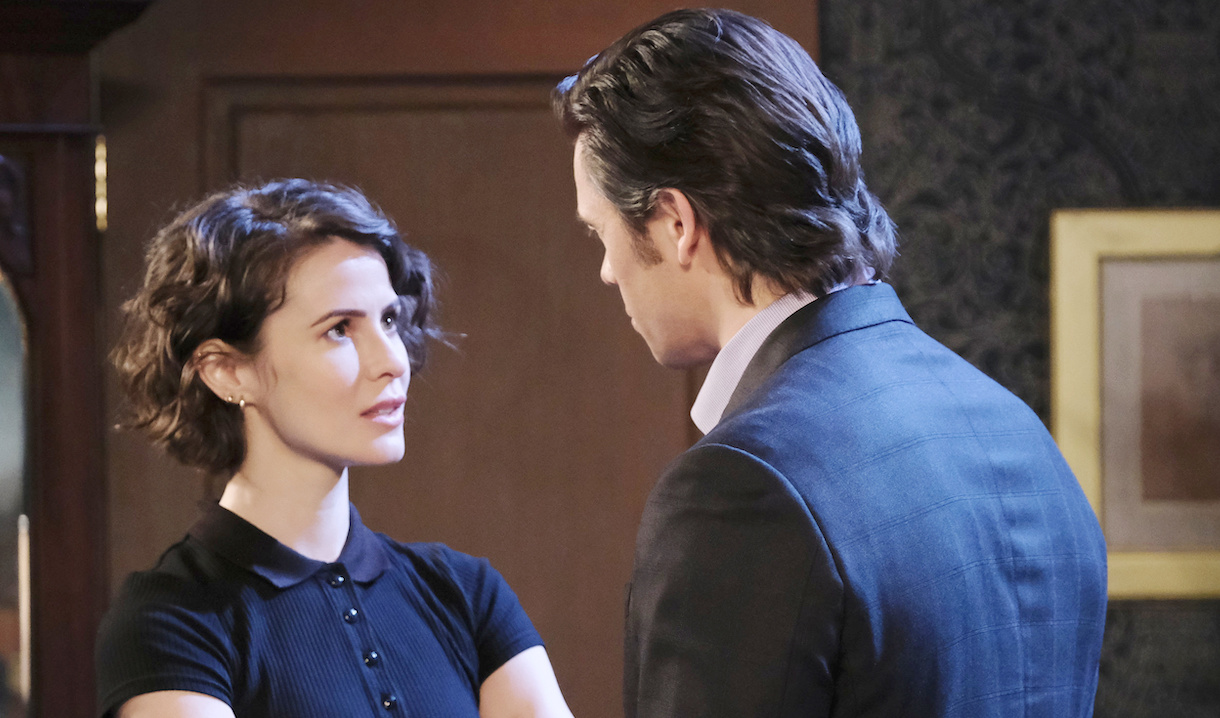 The sexy bad boy may finally have crossed a line his good-girl girlfriend can’t forgive!

Having long ago proven that opposites attract, Days of Our Lives’ Sarah and Xander will this week drive home the point that sometimes, that’s not enough to make a relationship work! Thanks to the events that unfold at the dinner designed to welcome Philip back into the Kiriakis fold, Sarah’s plenty ticked at her boyfriend… and ready to let him know it!

It should come as no surprise that Philip would be the catalyst which causes trouble in “Xarah” land. Since returning to Salem, we’ve seen less evidence of Philip’s supposed business acumen than of his ability to push Xander’s buttons. Look up the word “entitled” in the dictionary, and you’ll likely find a photo of Philip grinning smugly (likely at his off-camera cousin/co-CEO). The battle for control of Titan, the Kiriakis empire and — to a lesser degree — Victor’s approval has pitted the men against one another. But this week, things get personal when Xander’s attempt to stir up trouble has consequences both intended (Philip is arrested!) and un- (Sarah’s furious reaction!). 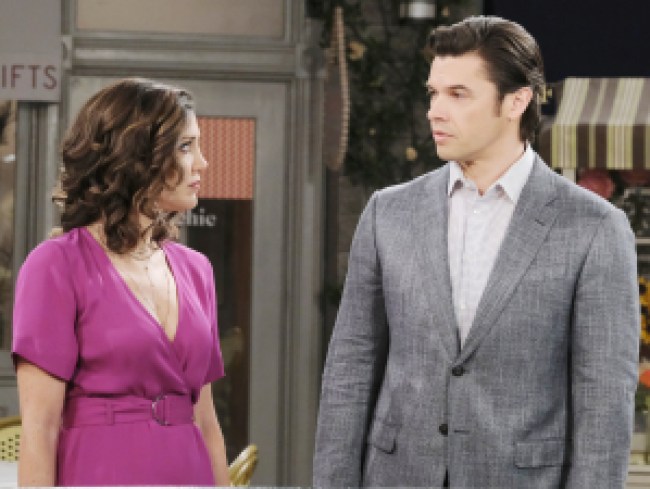 There’s a certain irony to Philip being a source of tension in Xander’s relationship, given that he seems to have no romantic interest in Sarah. (Although should he want to hit the Aussie below the belt — literally and metaphorically — what better way than to woo his true love away?) At the moment, Philip’s arduous inclinations seem entirely focused on another local lass, although she’s even less available than Sarah: his ex-wife Belle, who is currently happily married to Shawn!

More: Would you kiss, marry or kill Days’ Xander?

While this complex mashup of heated emotions hardly needs another player, it has one… and she’s exactly the kind of pot-stirrer you just knew you’d find at the beating heart of this mess: Jan Spears. (See, even hearing her name makes your blood boil just a little bit, doesn’t it?) She may have come to town to “help” Sami win custody of Henry, but she’s stuck around to torment all the folks who made her high-school “Most Likely to Bring Out My Cray-Cray” list. As a result, she is now playing a crucial role in the drama unfolding between Xander and Philip, with the former having pushed Jan to press charges against the latter.

Furthermore, Jan’s already succeeded in driving Belle into Philip’s arms (if only for a hug) by bonding with Claire! Although Belle explained to her husband (who of course witnessed the former spouses’ clinch) that it was a “just friends” situation, the look in Shawn’s eyes made us think he’s every bit as suspicious of Philip’s intentions as any wise person would be!

Will Xander’s actions wind up costing him the person he loves most? Or were he and Sarah the kind of star-crossed lovers who were doomed from the start? Before sharing your thoughts in the comments section, consider visiting the photo gallery below which proves that when this couple is happy, there’s nothing sweeter! And to make sure you get all the breaking news from around the daytime dial, make sure to subscribe to our absolutely free Soaps.com newsletter here!

As Kristian Alfonso's Final Days of...

Bachelor Alum Colton Underwood Comes Out as Gay on GMA: 'I Ran From Myself for a Long Time' (Watch)