Days of our Lives Spoiler Video: Shawn Is Forced to Arrest [Spoiler] 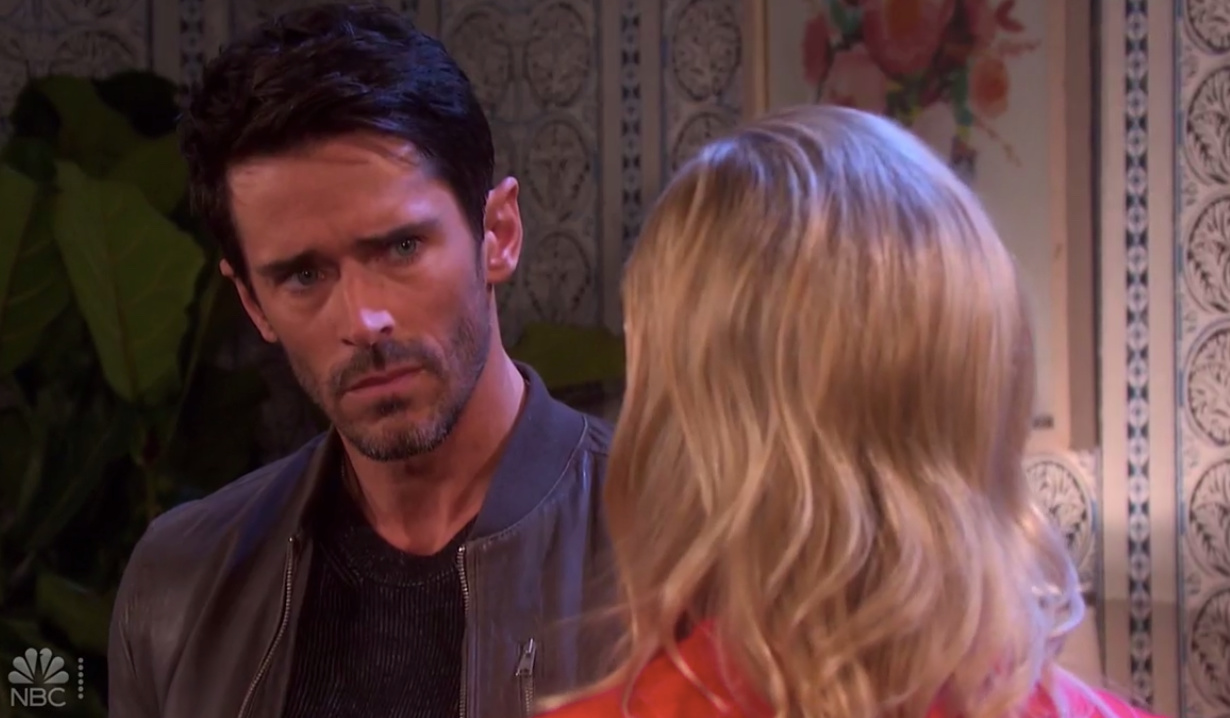 Trask is out for blood.

In the Days of our Lives extended spoiler video for the week of September 28 – October 2, Allie recalls what little she can the night she got pregnant, but she was drunk and blacked out. Trask is furious with Eli over Lani helping Kristen escape. Lani goes to Abe and asks her father to fire Trask. Jan tells Shawn that Philip threatened to kill her, forcing Shawn to arrest Philip. Sarah suspects Xander had something to do with Philip’s arrest and warns him if he goes back to his old ways that it will be over between them. And Vincent is brought into the PCPD where Ben attacks him and orders him to talk or he’ll kill him.

In a recap of what happened last week, Allie returned to Salem and moved in with Nicole and her son, while Sami was called back to Europe to tend to an emergency with EJ. While running an errand, Allie was shocked to bump into Tripp. Lani and Eli remained at odds over Kristen’s arrest. Ben was finally released from the hospital, and Claire told him that Hope had gone searching for Vincent and suspected Ciara could still be alive. And Philip had words with Jan, giving Xander an idea on how to deal with Philip.

Read the Days of our Lives spoilers to learn who comes Kristen turns to for help. Then get your free daily soap-opera fix for Days of our Lives — and all of the other daytime dramas — delivered straight to your email inbox by signing up for Soaps.com’s newsletter.

Five Days of Our Lives Spoilers We...