Days of Our Lives’ Big Gwen Shocker and How it Will Destroy Chad & Abigail! 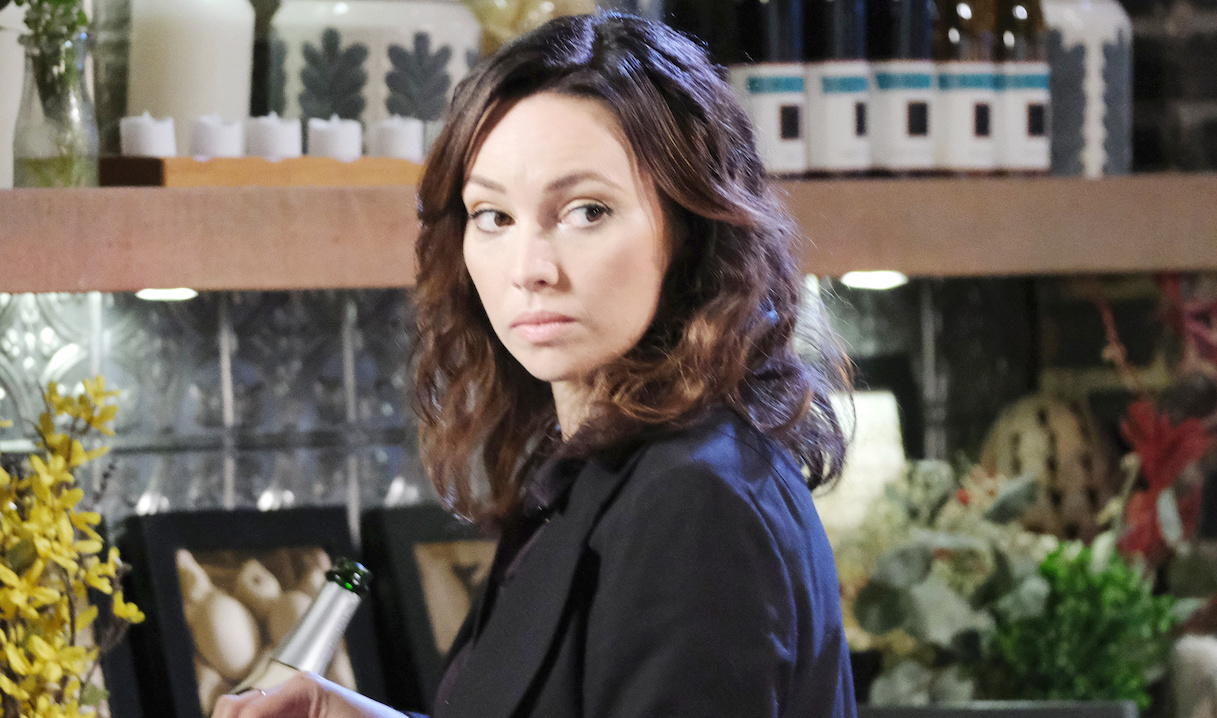 Things are about to get very nasty in the DiMera mansion!

Now it can be told: Days of Our Lives‘ Gwen isn’t just a vixen, she’s a villain… and she’s out to destroy one of the show’s most popular couples, by any means necessary! Just how wicked is she? Let’s just say that even master manipulator Rolf has been looking at her as if to say, “You make me look as pure as zat other doctor, Marlena!”

When first the soap revealed a few weeks back that Gwen had been the person to drug Abigail, we were intrigued. Like you, we speculated as to why she might have been targeting Chad’s wife. Heck, we even thought that perhaps the drugged champagne had been intended for Stefano’s son as opposed to his daughter-in-law. Then, when Gwen made another attempt to drug Abigail, we realized who the Brit’s true target was. Finally, she met with Rolf, and it all became clear — or so we thought!

Then, one simple line changed everything: “You told me that drug would melt her brain permanently,” Gwen scowled at the mad scientist, “but now it’s six months later, and she’s good as ever!” As if that weren’t enough to make clear just how badly Gwen wanted Abigail out of the way, she followed it up with, “Now you’re going to help me get rid of her once and for all!”

Like us, Rolf had a few questions. Well, just the one, really: What in the world did Abigail do to tick off a woman whom, as far as we knew, she’d never even met! Instead of an answer, Rolf was told, in essence, “That’s for me to know and you to find out.”  We did, however, get a few clues, most of which revolved around jealousy.

More: Is Days about to give us two Abbys?!?

“Besides the loony-tunes part,” quipped Gwen — if one can “quip” while plotting someone’s complete and utter destruction — “she’s perfect. Perfect husband, perfect children, perfect life, perfect hair.” Rolf’s suggestion for dealing with someone with so many redeeming qualities? “Begin to dismantle that life, piece by piece,” he advised, “and take it all for yourself!”

Granted, this new approach will take a whole lot longer than the whole “melt her brain” thing, but Gwen seemed ready to commit to a long-haul approach. “Abigail will never see me coming,” she said, eyes glowing as she practically rubbed her hands together and cackled. “Then, once I bring her down, I will let her know exactly who has destroyed her life!”

While there have been many theories floated — including that Gwen might be yet another long-lost daughter of Stefano’s (making her hooking up with Jake and kissing Chad particularly problematic!)  — we’ve got one of our own: Gwen is Abigail’s heretofore-unknown twin sister. Who but a sibling, given away for unknown reasons, would be so jealous of the child who was kept, loved, sheltered and protected?

Got a theory of your own you’d like to share as to who Gwen is and why she’s hell-bent on Abigail’s destruction? Hit the comments with your take. Then, since we’re talking about this possibly being a tale of twins of the good (Abby) and evil (Gwen) variety, check out the gallery below which is all about — you guessed it — evil twins! 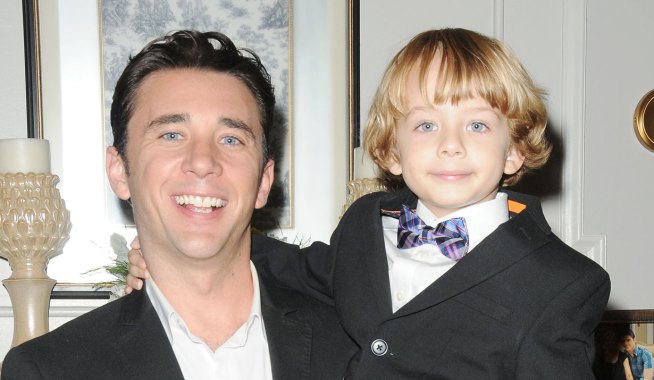 Days of our Lives Alum Extremely Ill With Mystery Fever: 'I'm So Sad For My Friend'

Days of our Lives Spoiler Video: Allie Makes a Shocking Allegation About the Night She Got Pregnant 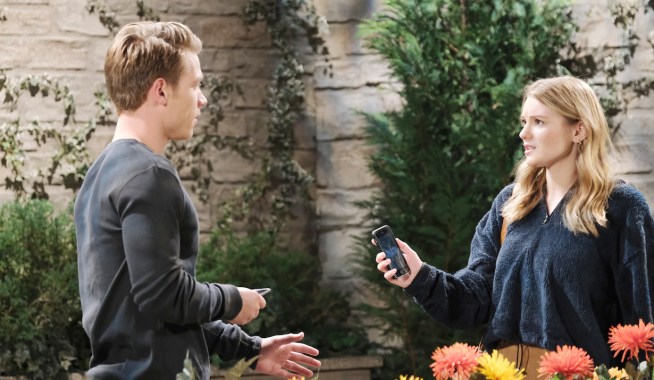