Days of our Lives Spoiler Video: Allie Makes a Shocking Allegation About the Night She Got Pregnant 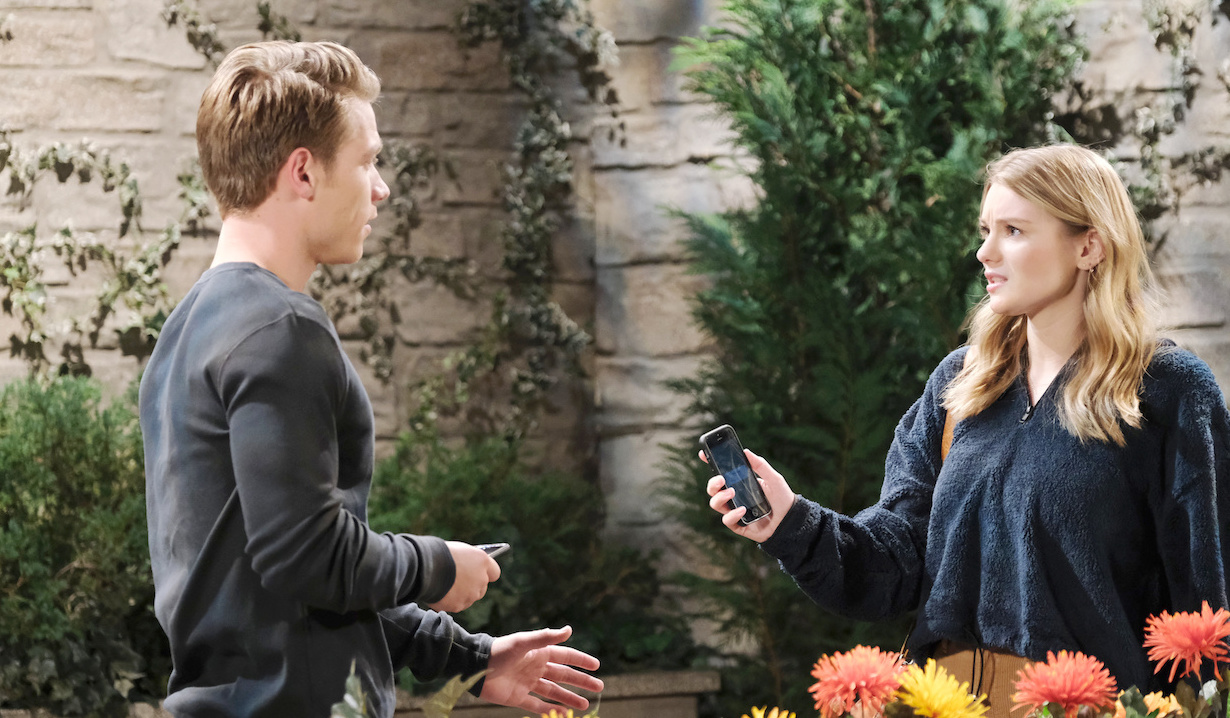 In the Days of our Lives spoiler video for the week of September 28 – October 2, Nicole questions Allie about the last thing she remembers as Allie flashes to Tripp’s face. In tears, she remembers him taking her home, stumbling around, and a hand on her wrist. Everything else was a blur, and she passed out. Nicole promises her that she won’t go through this alone.

In a recap of what happened last week, Nicole urged Eric to return to Africa and help his friends who needed him. Eric said a tearful goodbye to his friends and family and left Salem, for the time being. Allie returned and was furious with Sami for going against her wishes for her son. Later, Sami and Allie made amends before Sami left town, and Allie and her son moved in with Nicole. When Allie went out for diaper rash cream, she was stunned to run into Tripp. Xander tried to use Jan in his fight against Philip, while Belle warned Shawn and Philip that Jan was trying to use Claire against them. Gwen failed to drug Abigail again and visited Rolf in prison to get more of the drug, but he refused. In a twist, Gwen is out for vengeance against Abigail for her own personal reasons. Steve visited John, who again uncharacteristically lashed out, this time accusing him of making a move on his wife. And Justin was surprised when Bonnie pulled him into a kiss and he found himself confused about his feelings for the woman who looks like his dead wife.

Read the Days of our Lives spoilers to learn who comes to Philip’s aid. Then get your free daily soap-opera fix for Days of our Lives — and all of the other daytime dramas — delivered straight to your email inbox by signing up for Soaps.com’s newsletter.

Days of Our Lives’ Big Gwen...