Days of our Lives’ Linsey Godfrey Reels in Shock and Horror: ‘Think of How We All Supported This Monster’ 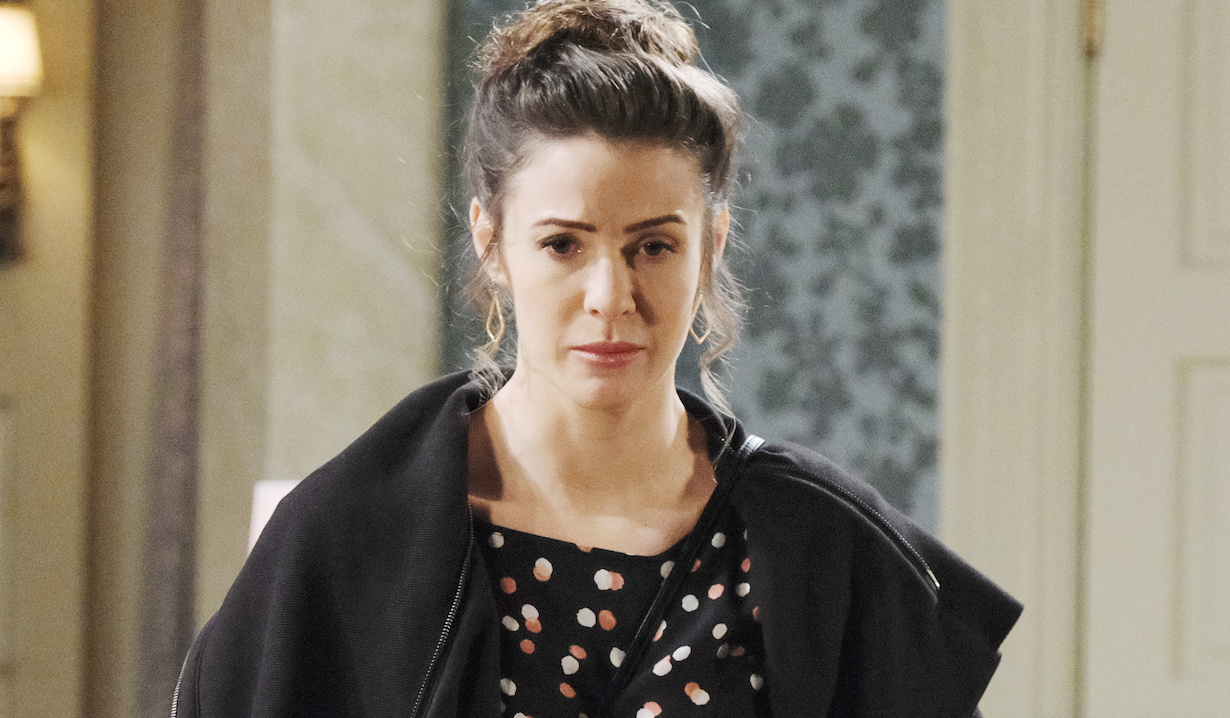 The allegations against Cheer’s Jerry Harris have left Sarah’s portrayer “furious” — and understandably so.

Fans of Netflix’s Cheer docuseries were sent into a tailspin on September 17 when spirited team member Jerry Harris was arrested and charged with the production of child pornography. Among those fans was Linsey Godfrey, who plays Sarah on Days of our Lives.

“Think of how we all supported and praised this monster,” she tweeted a day later. “I’m furious. This whole time… ”

Think of how we all supported and praised this monster. I’m furious. This whole time.. I’m so devastated and ashamed I was a part of lifting him up.
My abuser was beloved in our community as well. Predators aren’t always in the shadows. https://t.co/9clohXZex0

The accusations against Harris, per the Chicago Tribune, originate from 14-year-old twin brothers, who allege that he harassed them online and in person multiple times when they were 13 and he was 19. One of the siblings has also claimed that Harris asked him for sex at two cheerleading competitions.

Though Harris has yet to be tried, Godrey — like many others — is “so devastated and ashamed that I was a part of lifting him up,” she wrote. “My abuser was beloved in our community as well.

“Predators,” she added, “aren’t always in the shadows.”

Earlier in the week, on Lymphoma Awareness Day (September 15), the actress, previously Caroline on The Bold and the Beautiful, shared her cancer battle. “A month before my 18th birthday, I was diagnosed with Hodgkin’s lymphoma stage 3A,” she Instagrammed. “I underwent 12 rounds of chemotherapy over the course of six months. I actually shaved my head on my 18th birthday…

“It’s been over 13 years since I completed chemo and since I’ve been considered ‘cured’ of my cancer!” she continued. “Today we celebrate our fellow survivors… We also honor and remember those who lost their battle.” (You can read her full post below.)

Today is Lymphoma Awareness Day! A month before my 18th birthday I was diagnosed with Hodgkin’s Lymphoma stage 3A. I underwent 12 rounds of chemotherapy over the course of 6 months. I actually shaved my head on my 18th birthday. I rode horses and was at the beach 24/7. My momma said the beach cures and heals everything. Even the soul. It’s been over 13yrs since I completed chemo and since I’ve been considered “cured” of my cancer! Today we celebrate our fellow survivors, for me I’m lucky enough to have a few in my life, @flowerrlyy, @abigail.paige and of course not with Lymphoma but Leukemia instead, the truly incredible @kassiedepaiva! I feel so lucky to know so many women survivors, who fought beautifully and are here to enjoy each day as it is, a gift. Today we celebrate the warriors who continue their fight!! We also honor and remember those who lost their battle. Though @chadwickboseman lost his battle to another type of cancer, I would like to take a moment to honor and remember him as well. #wakandaforever #lymphomaawareness #lymphomasurvivor #lymphoma

While you’re here, check out the below photo gallery, which ranks daytime’s greatest love triangles of all time — including from Days of our Lives, of course. And be sure to subscribe to the Soaps.com newsletter; it delivers to your email inbox all of our latest stories for the low, low price of… free!