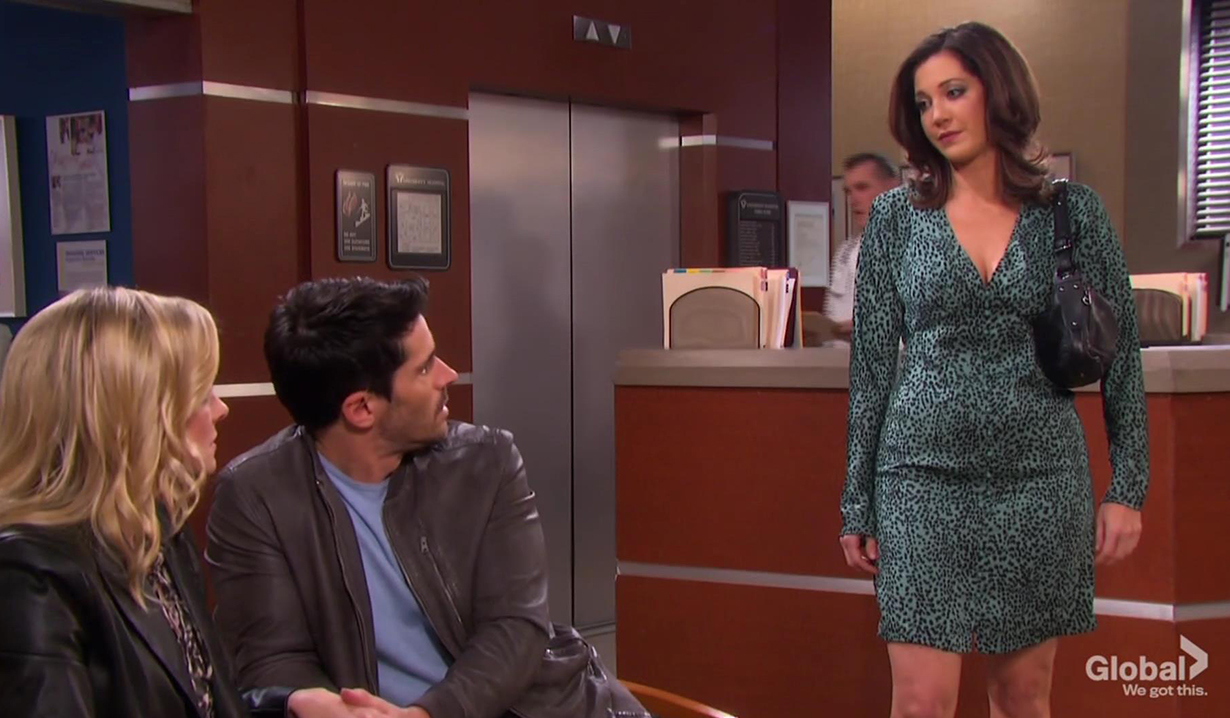 In the Days of our Lives extended spoiler video for the week of September 14 – 18, John wakes from his coma and is furious with Sami, who hopes he has another blood clot. Eli places Kristen under arrest for attempted murder, and Lani feels doublecrossed by her husband. Jan comforts an upset Claire, which Belle discovers, and she warns Jan to get the hell away from her daughter. Philip grabs Jan by the arm and threatens to take of her himself this time, permanently. And Ben dreams of being reunited with Ciara.

In a recap of what happened last week, Shawn, Hope and Ben were devastated to watch Vincent’s car explode with Ciara apparently inside. Due to complications with the medication keeping John in a coma, the doctors were forced to bring him out of it. The judge awarded Sami custody of Allie’s baby boy, but also lifted the restraining order baring Nicole and Eric from seeing him. Abigail returned to Salem and suspected someone other than Gabi of drugging her. Gwen was revealed to be the person who actually spiked Abigail’s drink. Eli was furious with Lani for helping to hide Kristen and located the fugitive. And Kayla and Steve were thrilled when Tripp returned to Salem and planned to complete his residency at Salem University Hospital.

Read the Days of our Lives spoilers to learn what Hope suspects. Then get your free daily soap opera fix for Days of our Lives, and all other soaps delivered to your email inbox by signing up for Soaps.com’s newsletter.

Days of our Lives Fans React to...

Days of our Lives’ Julie Pinson...