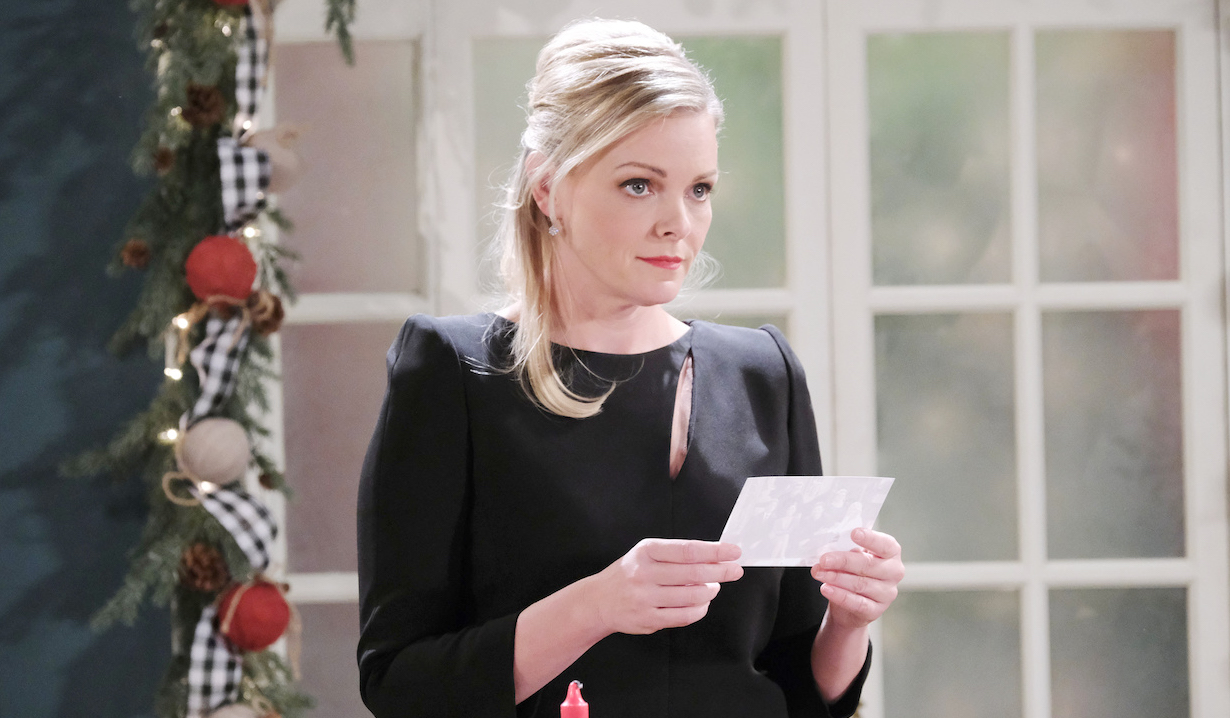 In the Days of our Lives extended spoiler video for the week of September 7 – 11, Ben catches up with Vincent, who’s kidnapped Ciara, at the Salem Airport, only to witness a huge explosion. Abigail returns home, only to find Chad holding and comforting Gwen in his arms. Tripp reunites with Claire and admits he was selfish. She confesses he was one of the people she loved the most. Eli overhears Lani on the phone with Kristen saying, “I’ll handle him,” and is furious. Marlena slams Sami for not thinking and reintroducing Jan Spears into their lives. And when Belle feels hands on the back on her shoulders, she freaks it is Jan, only to find out it’s Philip.

In a recap of what happened last week, Sonny and Will said goodbye to Salem, while Brady, Kristen, Abigail and Tripp all returned. Sami called not only Victor to be a witness against Nicole in the hearing for Allie’s baby, but she helped Jan Spears get released from a mental institution to also testify against Nicole. Ciara woke up to find Vincent had kidnapped her, and he explained he wanted revenge on Ben for killing Abigail’s doula Wendy Taylor, who he was in love with. And Ben remembered everything after Marlena hypnotized him.

Read the Days of our Lives spoilers to learn who Kristen and Brady argue about. Then in order to get the latest soapy news sent to your inbox daily subscribe to Soaps.com’s newsletter.

Days of our Lives Spoiler Video: An...