Why Jan Spears Is Back on Days of our Lives, Where She’s Been, And Why Salem Should Be Worried 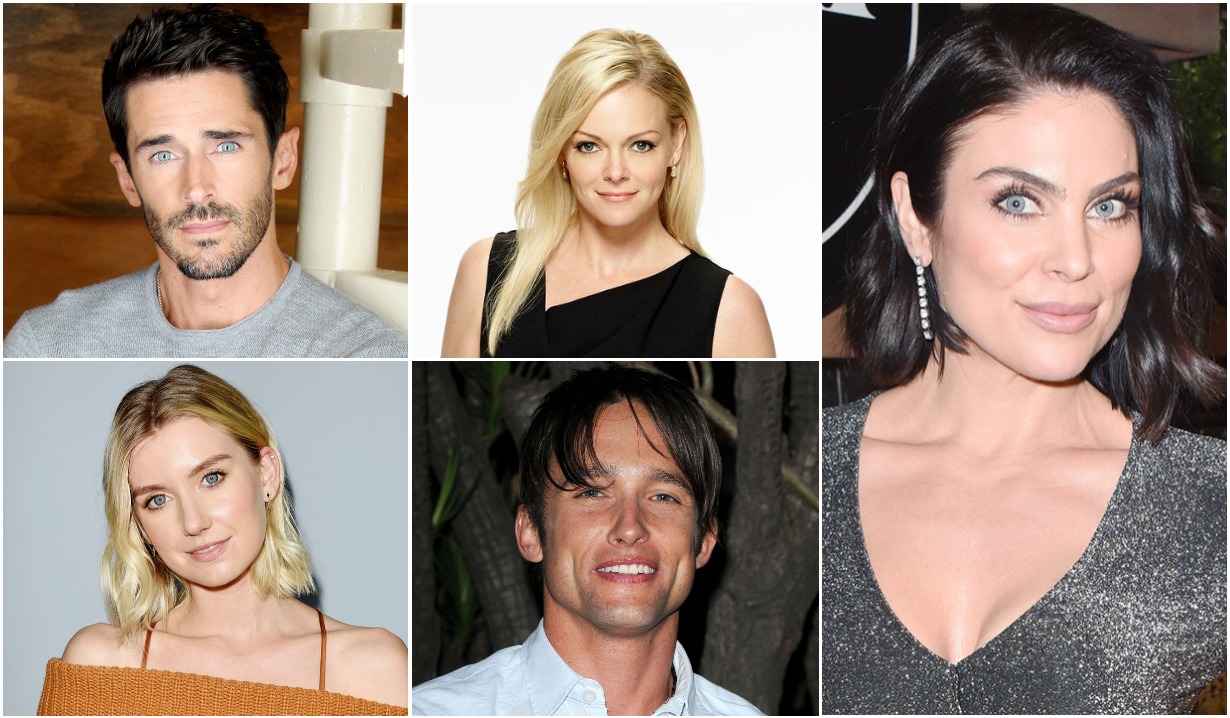 After fifteen years, what plans does Jan Spears have up her sleeve for Salem?

In almost a surprise to end all surprises for Salemites and Days of our Lives fans, the bad girl we never expected to see again just turned up in Salem. Jan Spears acted as a witness at Sami Brady DiMera’s (Ali Sweeney) behest, to help bolster her fight in court to become little Baby Boy Horton’s caregiver. And we thought Victor Kiriakis (John Aniston) was a surprise. His admission that Nicole had Jan do her dirty work and try to electrocute him brought us back.

Jan Spears hasn’t been seen on the NBC soap since 2005, though she did turn up on the show’s Last Blast Reunion web series on the DOOL APP. We won’t spoil what happened with Jan in that show, which wasn’t in line with what was going on in Salem, currently.

Heather Olson was best known for her portrayal of Jan Britney Spears – yes, named after the singer, which she took on for four years. But nearing the end of her run, Heather Lindell was recast and last seen in a hospital bed in a coma, which is partially why everyone in court was shocked to see her. We learned Jan’s been in a psychiatric care facility called Shady Pines in New York City until Sami sprang her by convincing her to testify against Nicole in court so she wouldn’t be able to raise Sami’s grandson.

Let’s rewind. Jan came from an affluent family who neglected her, which had her acting out with classmates in high school. She, along with her bully boyfriend, Jason Welles/Masters (Aaron Van Wagner) pompous and spoiled Philip Kiriakis, and equally bad girl Mimi Lockhart (Farah Fath), set their sights on the new girl at Salem High – Chloe Lane, merely because she wore black. They ridiculed Chloe, calling her ‘Ghoul Girl’ and Chloe retaliated at her tormenters by rubbing a dead rat all over Jan’s face. This didn’t sit well with Jan, who had Mimi help her set up a camera in the girls’ locker room showers to take photos of Chloe, naked. They sold the photos online and made almost $30,000. And then slipped a slide into the projector at the Last Blast Dance for everyone else to see Chloe in the buff. Chloe took Jan and Mimi to court over the photos and their punishment was to clean the showers during their senior year, in addition to being banned from prom. 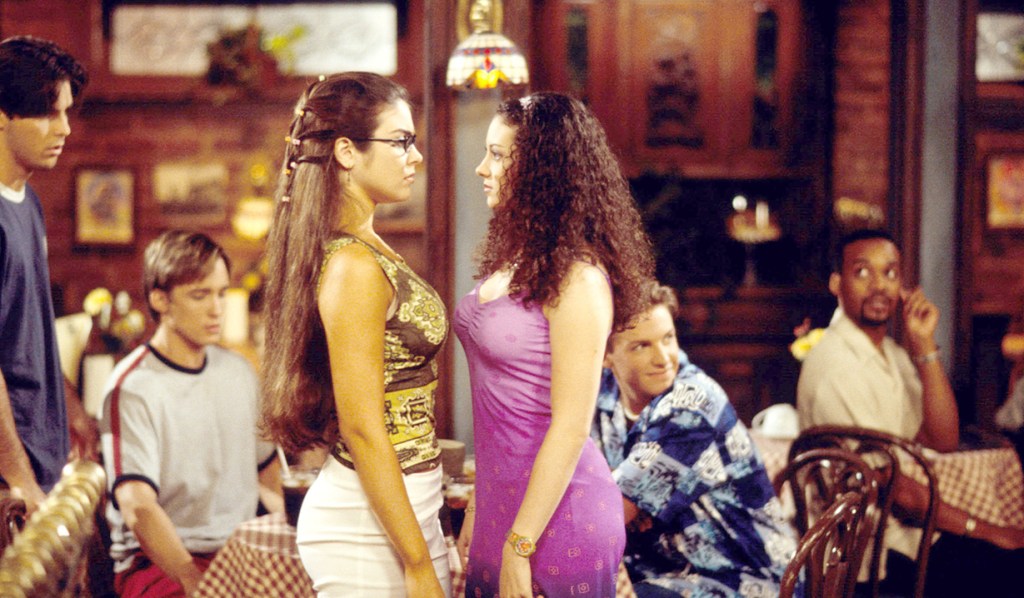 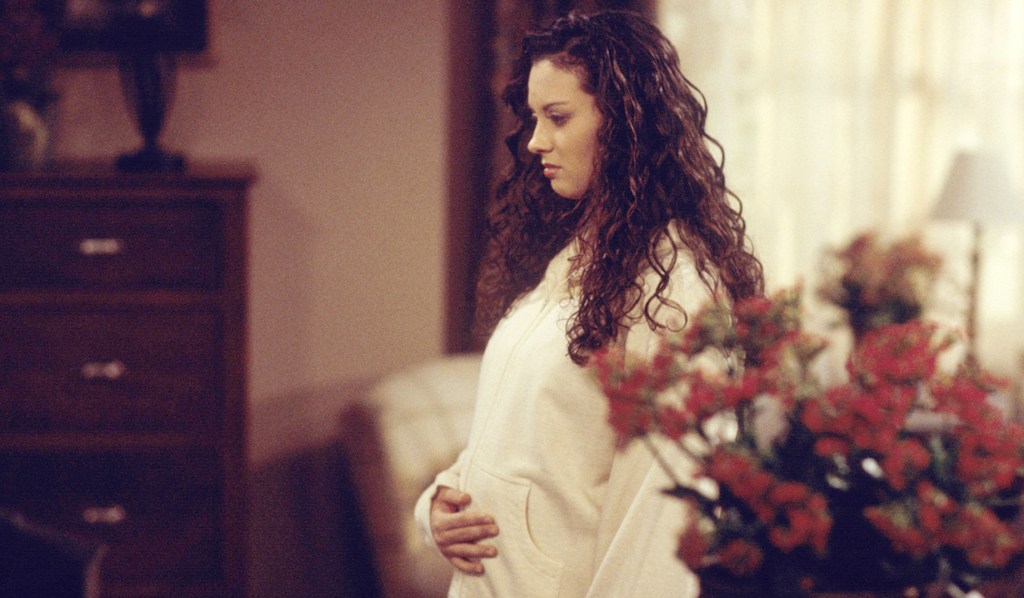 She looked to Nicole Walker (Ari Zucker) for help to break Shawn and Belle up since she had a thing for Shawn, and in return, she helped try to off Victor Kiriakis by dropping a radio into his bathwater, hoping to electrocute him. That didn’t work, but her sights were still on the prize and after Shawn and Belle split up, Jan convinced Shawn to meet her at her house in the country – off the beaten track – and she drugged him and Nicole helped her put him into a cage, chained up like some animal. Shawn finally escaped, but when Mimi found out about the kidnapping, the two argued. Jan tripped during the argument and when she fell, she hit her head on a rock and fell into a coma. 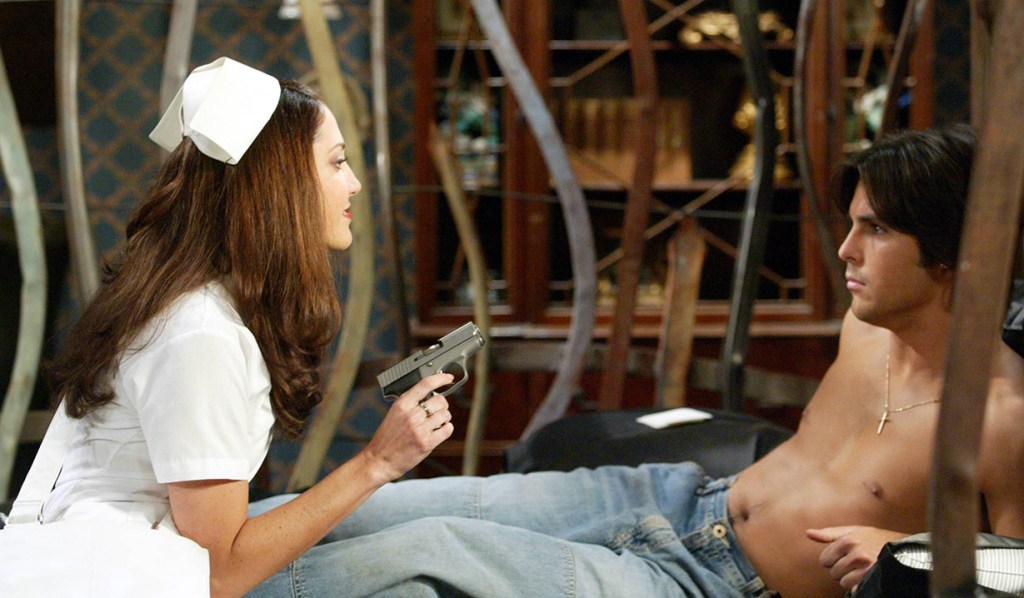 And now, she’s back. And probably crazier than ever. Salemites should worry about her being in Salem. Shawn and Belle should keep Claire far away from her. Shawn, Belle, and Chloe aren’t safe with Jan Spears out of her coma. Take a look at the gallery to find out why the 5 Salemites we know might want to hide during Jan’s time in Salem and what she might be up to. And while you’re here, you may as well sign up for your free Soaps.com newsletter which includes the latest news, fun opinion articles, spoilers, and comings and goings of the soap stars. We’ll deliver it right to your inbox.

Days of our Lives’ Victoria...

Justin Hartley Who? Days of our...