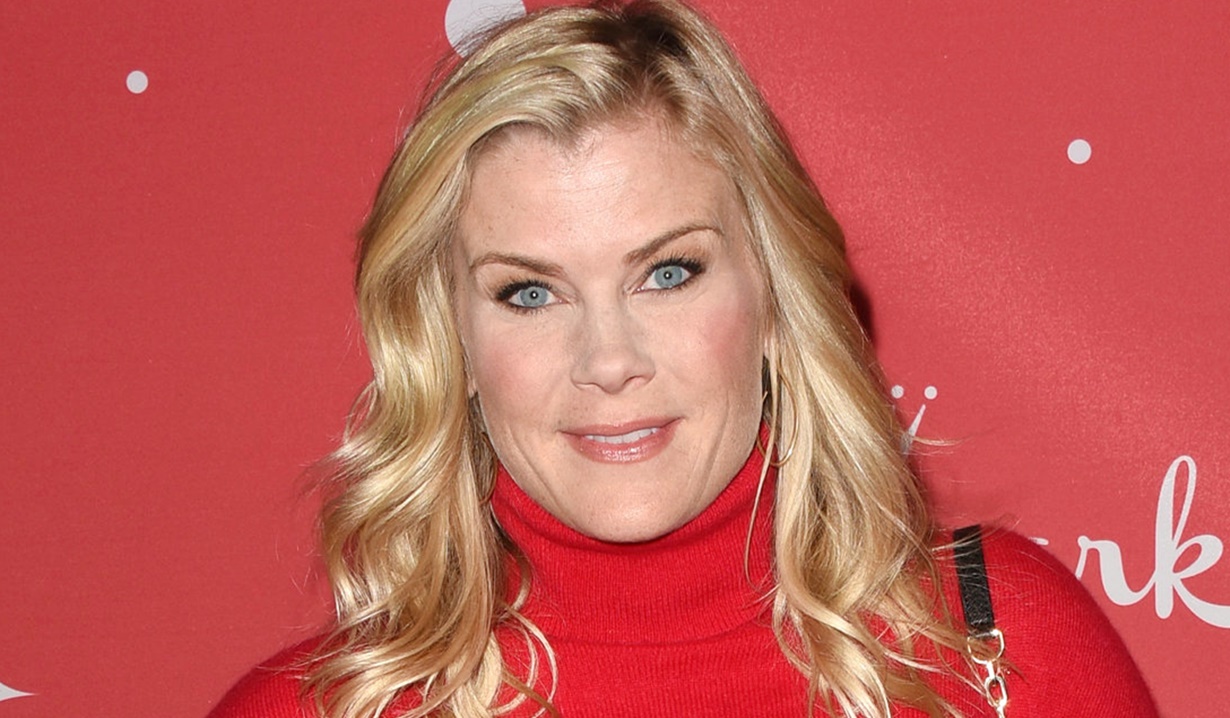 Days of our Lives actress is loving her temporary situation.

Days of our Lives actress Alison Sweeney (Sami Brady) took to her Instagram account to share a photo from quarantine. That’s right, she’s on lockdown…but it’s for an exciting reason and she’s not too upset about it nor is she in ill health. Sweeney is on location to film a new movie and as is the norm with traveling for work nowadays, she must quarantine before joining the rest of the cast and crew to tape scenes. Sweeney happily reported, “Loving my temporary Quarantine Home!” The actress can be seen outside, sporting shades and a big smile as she explained, “The owners were so generous as to share their beautiful garden with me and I am making the most of it!”

While Sweeney is returning to Days long-term as schemer Sami, she’s currently on location preparing to film a new Hallmark Christmas movie. She exclaimed, “Very excited to get going on my @hallmarkchannel Christmas movie!!” and noted, “Funny to be working on a Christmas script in the warm summer sun.”

Loving my temporary Quarantine Home! The owners were so generous as to share their beautiful garden with me and I am making the most of it! But very excited to get going on my @hallmarkchannel Christmas movie!! Funny to be working on a Christmas script in the warm summer sun. ☀️🎄

Sweeney took time out of her busy schedule recently to celebrate her loveable pooches on National Dog Day, which was no easy task apparently. The actress compared getting all three of her dogs to sit for a photo op to ‘herding cats’, then added, “But definitely worth it!!! Check out her adorable doggies below.

It’s a bit like herding cats, getting all three of our dogs in the same place at the same time. 😂😂 But definitely worth it!!! It’s #nationaldogday !! 🐕💖 #rescuedogsofinstagram #rescuedismyfavoritebreed #dogsofinstagram

Check out the fun photo gallery of Sami’s schemes backfiring on Days of our Lives, then be sure to sign up for Soaps.com’s newsletter to get the latest soap news and features delivered straight to your inbox.

Days of our Lives’ Freddie Smith...

Everything You Ever Wanted to Know...

Savannah Chrisley & Nic Kerdiles: Why Their Relationship ‘Fizzled’ After 3 Years Together