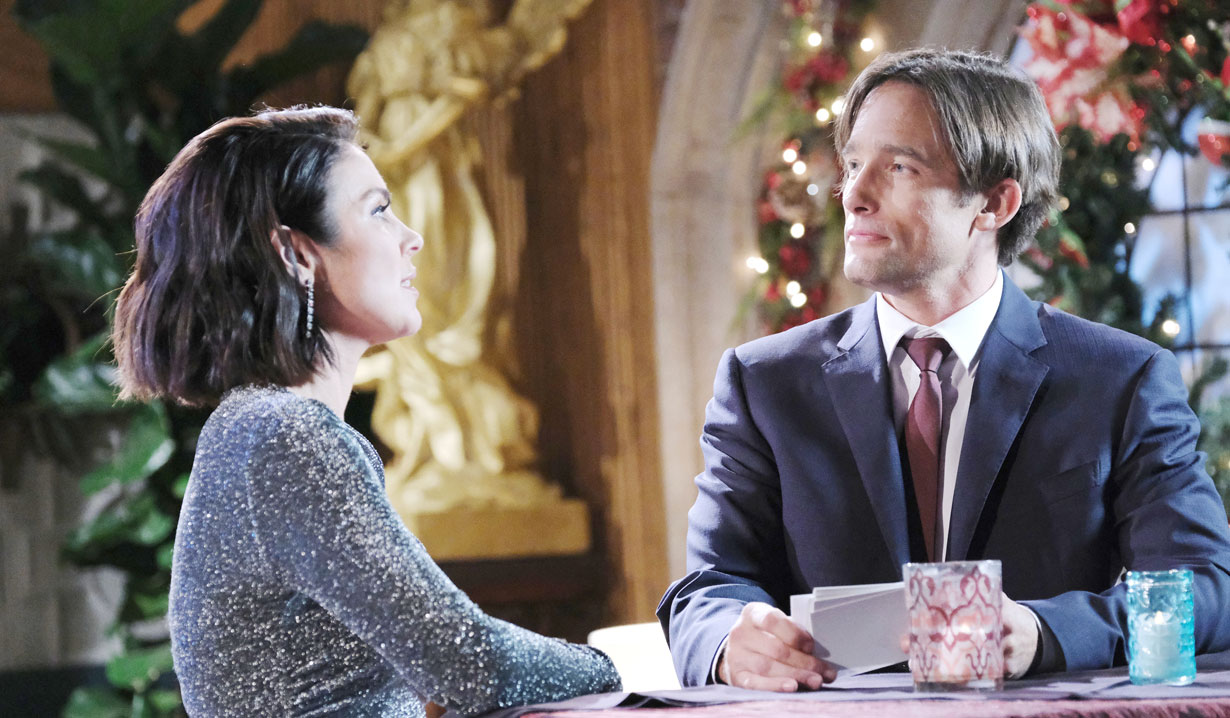 After years away from Salem, Philip Kiriakis returned on August 18, shocking his father Victor Kiriakis (John Aniston). Philip (Jay Kenneth Johnson) had been estranged from his father for years. He was kidnapped by his deranged uncle Deimos Kiriakis (Vincent Irizarry) and also often butted heads his cousin Xander Kiriakis (Paul Telfer), who back then was the gardener and aspiring criminal. Upon his return and learning that Victor appointed Xander as CEO of Titan, he demanded his father give him the position if he wanted him to stick around Salem. While Victor and Xander have made huge strides in their relationship as a family, it doesn’t appear Philip and Xander will be doing the same anytime soon.

Recently back in August, Philip’s first love Chloe Lane appeared in New York. Chloe (Nadia Bjorlin) met up with her old friend Shawn Brady (Brandon Beemer), his mother Hope Brady (Kristian Alfonso), Shawn’s sister Ciara (Victoria Konefal) and his daughter Claire, then played by Olivia Rose Keegan. They were searching for Eve Donovan (Kassie DePaiva) who they suspected of kidnapping Ben Weston (Robert Scott Wilson). Chloe provided pivotal information on Eve, who had grown darker and jaded over the past months and fixated on the murder of her daughter Paige Larson (True O’Brien) by Ben.

We don’t yet know what will draw Chloe to Salem, but it could be any number of things. Eve is back in Salem, and perhaps she could be called to Salem in an attempt to bring Eve to justice. With Nicole Walker (Arianne Zucker) and Eric Brady (Greg Vaughan) seemingly looking at a custody battle over Allie Horton’s (Lindsay Arnold) baby with her mother Sami Brady (Alison Sweeney), she may come to support her friend Nicole, or be a witness for her. Whatever brings Chloe back, she’s bound to run into her first love Philip and sparks will ensue.

Take a look through our gallery of five reasons we want to see Chloe and Philip back together, and then be sure to sign up for Soaps.com’s newsletter to get the latest soap news delivered straight to your inbox.