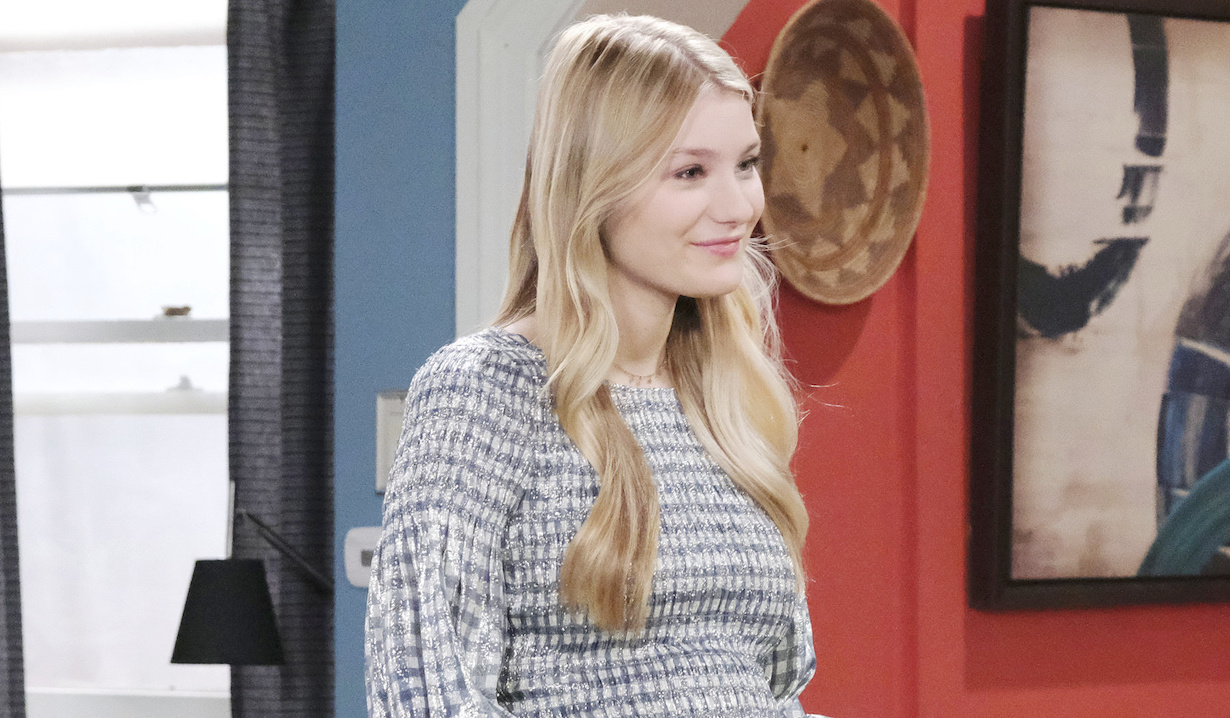 Allie makes another parenting choice for her baby.

Allie’s faced nothing but drama since she returned to Salem. She tried but failed to hide her pregnancy from her family, butted heads with her mother Sami over what to do once she gave birth, and learned Sami meddled regarding Rafe adopting her son – and her brother Will knew all about it. It’s a lot, so it’s no surprise there’s even more drama to come. Per the Days of our Lives spoilers, Allie takes off but leaves a letter behind with a shocking request. But that’s not all! Continue reading for what else is in store for Allie next week.

Allie’s disappearance and request kick things off on Monday. Since Rafe decided not to adopt her baby and she refused to let Will be her child’s father, she turns to someone else. Before she splits, Allie writes a letter explaining she wants Nicole to raise her son. Um, no mention of her uncle and Nicole’s husband, Eric? Regardless, if Sami was upset over the possibility of Rafe adopting her grandchild, learning her nemesis is Allie’s next choice is sure to make her go nuclear.

But where does Allie go and why? She could be feeling overwhelmed, suffering from post-partum depression, or just doesn’t know what to do and decides to cut and run. Whatever the reason, Sami, Nicole, and Eric seek her out on Wednesday. Belle might get in on the search as well, but they could have more trouble finding her than expected especially when Claire covers for her cousin.

How will this all end for Allie? Will Nicole and Eric become parents to Allie’s baby? Will Allie change her mind after taking a break from all the angst? Tell us what you think and then look through the photo gallery of all the stars returning to Salem. For the latest Days of our Lives news and scoop delivered to your inbox, sign up for Soaps.com’s newsletter.