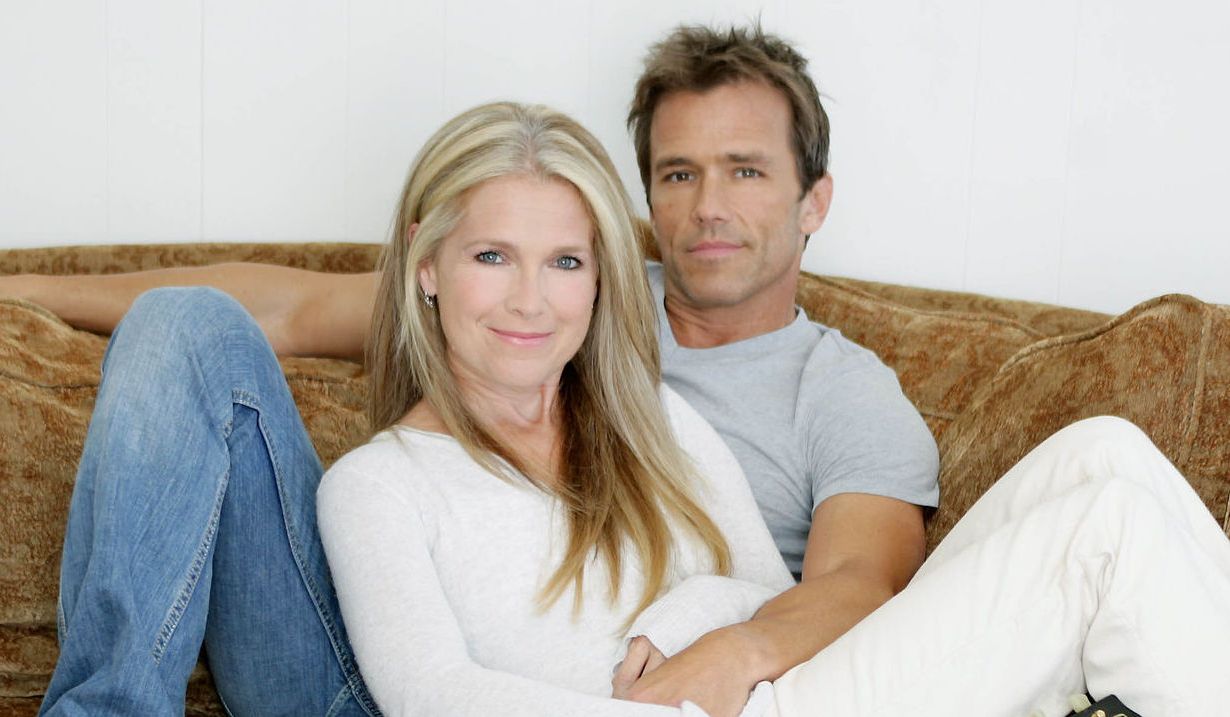 Because you’re never too old to be embarrassed by your mama.

Any mom reading this article is sure to get it. On Wednesday, Days of our Lives‘ Melissa Reeves (Jennifer) posted to Instagram a photo of son Larry and his wife, Olivia. “Today, 23 years ago, I gave birth to this amazing man,” she said, beginning a loving tribute to the birthday boy whom she and husband Scott Reeves (ex-Steve, General Hospital) call “Larman.”

Today 23 years ago I gave birth to this amazing man💙 Larman, we love you so very much and are so incredibly proud of the son, husband and almost father🙌🏻🙌🏻🙌🏻🙌🏻you are!! You make us laugh uncontrollably and also have the most tender heart💙 I love how your always thinking of new ideas and plans and dreaming of traveling and adventures, always with the Lord as your focus🙌🏻 your little boy is going to love being your son! We are beyond grateful that the Lord chose us to be your parents🙏🏻 cannot wait to see the daddy you are going to be💙🙏🏻🥰 we love you so much puppy🥰 23 got here to fast but you were ready to take on the world at a young age🙌🏻 you will always be my tinyman😭😘❤️😘❤️😘❤️. @twoandyonder

The couple, Mom went on, “are so incredibly proud of the son, husband and almost father you are!” Larman… er, Larry and Olivia will make the Reeveses second-time grandparents in September. “You make us laugh uncontrollably and also have the most tender heart… Your little boy is going to love being your son!”

Scott Reeves also saluted Larry on his birthday, noting on Instagram that he’d “inspired the very first song I ever wrote, and you’ve been inspiring me ever since. I love that you love the same things I love. I love that you don’t take yourself too seriously and aren’t afraid to be goofy.

“You have always been wise beyond your years, and your mama and I couldn’t be prouder of the amazing, godly man you have grown up to become,” he added. “I love that you see the best in people and know no strangers. You are an amazing husband and are going to be an incredible father in a few weeks!!!”

23 years ago today God entrusted us with this incredible man. Larman, you inspired the very first song I ever wrote and you’ve been inspiring me ever since. I love that you love the same things I love. I love that you don’t take yourself to seriously and aren’t afraid to be goofy. You have always been wise beyond your years and your mama and I couldn’t be prouder of the amazing, godly man you have grown up to become. I love your heart for the Lord. I love that you see the best in people and know no strangers. You are an amazing husband and are going to be an incredible father IN A FEW WEEKS!!! We love you more than words can say and are beyond proud of you. You will always be mama’s “Puppy” and papa’s “Bud”;) Happy birthday bubba!!! “Train up a child in the way he should go; even when he is old he will not depart from it.” Proverbs 22:6 @twoandyonder

Still, the Emmy winner (from his run as Ryan on The Young and the Restless) reassured the dad-to-be that he “will always be mama’s ‘Puppy’ and papa’s ‘Bud.'” You can read their full statements above. And when you’re done, you might also enjoy perusing the below photo gallery, a roundup of the real-life soap couples — like them — whose marriages have stood the test of time.

Days of our Lives' Victoria Konefal...

Days of our Lives Spoiler: Finally!...