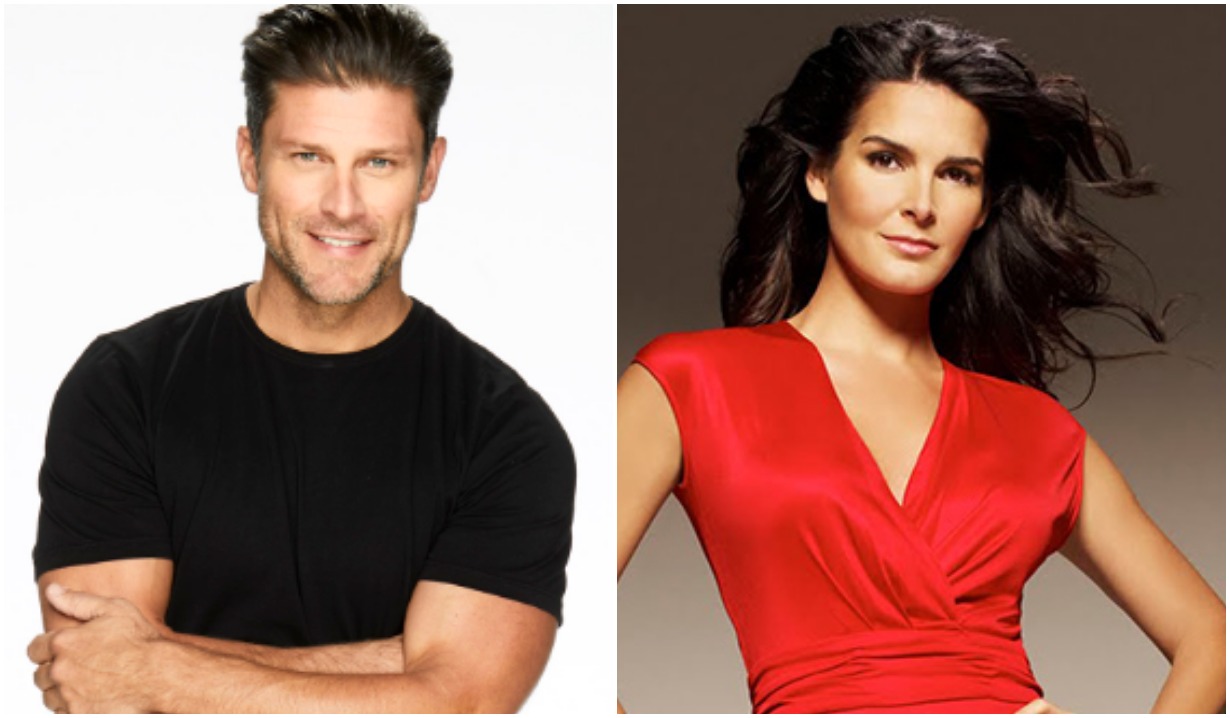 Eat your heart our, Eric and Nicole. This couple, it seems, was really always meant to be.

Theoretically, Greg Vaughan (Eric, Days of our Lives) should have met fiancée Angie Harmon (our all-time favorite Law & Order A.D.A. and Rizzoli & Isles star) a long, long time ago. He, too, is well aware of that fact. On their first anniversary as a couple in 2018, he admitted on Instagram that he and his fellow Texan had grown up “just 15 minutes apart as two young kids with dreams of being wild and free.”

Well, they’ve certainly made up for lost time. After being “captured by her presence” during a 1991 modeling shoot, the rising star, previously Diego on The Young and the Restless and Lucky on General Hospital, cooled his jets — like, for decades. That, people, is patience. And, in all those years, “never once,” he insisted, “did it cross my mind… we would become a part of each other’s lives.”

Yet that, they did. Now, the Days of our Lives leading man refuses to take for granted the moment that he took “the leap of faith” after he and Harmon had become friends to ask, “Can I take you for some ice cream?” Her love, he said on her birthday in 2019, “is what brings sunshine into my life and the world!

“As I forever promise to be the essence of your smile,” he added. “You are my everything!”

If you aren’t “Aww!”-struck already, keep reading. Below is a timeline of the duo’s romance, a thing of beauty that was seemingly written in the stars.

Back when Vaughan was “a very fresh and new” 18-year old model, his head was turned by Harmon while they were working on a shoot in Italy. He “did not have the courage or ability to say a word, much less extend my hand for a simple greeting,” he recalled on Instagram. “My lips could not properly form or say a word.” Ah, but his mind… it formed thoughts alright. He couldn’t help but “wonder if someday our life paths would meet again.” If he’d only known!

Long ago, 27yrs to be exact, someone more BEAUTIFUL than her very own God given beauty, captured my attention. As a very fresh & new 18yrs. old, while modeling in a small beach town of Rimini, Italy. I was first captured by her presence, & did not have the courage or ability to say a word, much less extend my hand for a simple greeting, “Hello…I’m ah … ” my lips could not properly form or say a word. As this was our first encounter, only to be left and wonder if someday our life paths would meet again. Little did I know, that this same black hair, brown eyed woman was from Texas, who not only grew up in the same city, but that we were just 15 minutes apart as two young kids, w/dreams of being wild & free! It was then I knew, God had a sense of humor! It was sometime later that we would become friends in the as we both happened to live in LA, but once again, we took another path. Our careers flurished, and achieved life’s greatest gift, as we both became parents of 3! Never once did it cross my mind at any point in time, we would one day become apart of each others lives, or even a couple! It’s funny how, “Life & Timing,” would one day all come together, allowing me to take the leap of faith I never took, and in doing so, i reached out and called, “can I take you for some ice cream?” And now, our 1 year anniversary as a couple! To my Lady, even though I may have stumbled in the beginning, I am incredibly grateful that I didn’t repeat myself. I long to share this incredible journey together! As your love & support will be FOREVER reciprocated! I have always felt that I was truly blessed, but the moment you welcomed me in, & apart of your life, w/your amazing daughters, it was then that I knew in my heart, God is the Almighty!!! Thank you for saying, YES❤️😘 I LOVE YOU @angieharmon HAPPY ANNIVERSARY❤️😘🎉❤️😘🎉 #God #Faith #Timing #Love #YOU

While Vaughan was biding his time until he and Harmon met again, she married former New York Giant Jason Sehorn, who proposed on The Tonight Show With Jay Leno in 2000. Six years later, Vaughan tied the knot with Dutch model Touriya Haoud, with whom he had three sons, Jathan, Cavan and Landan — aka his companions on bonkers “adventures” like this one. 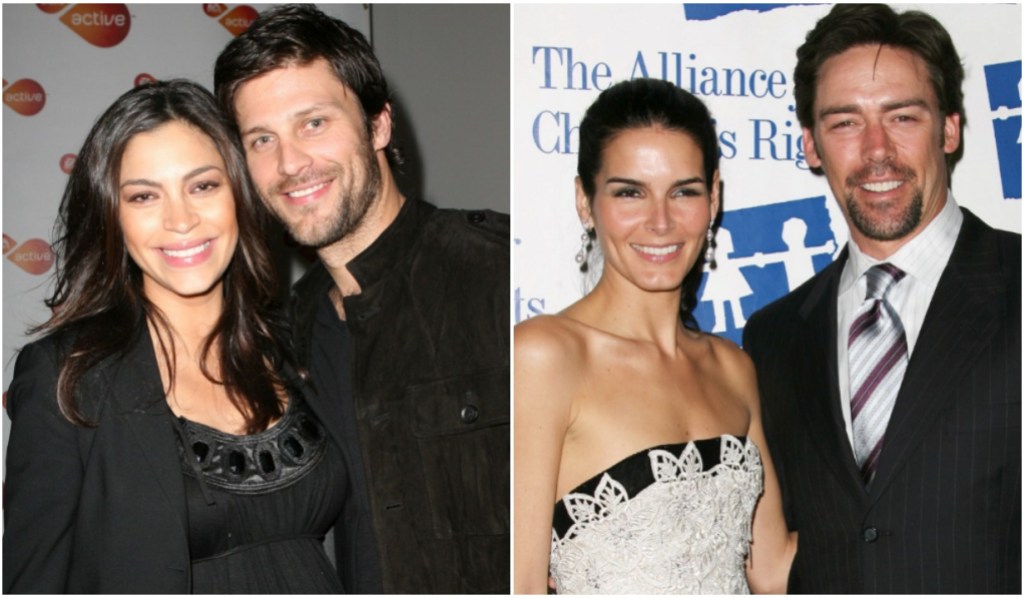 Some gazillion years later, after Vaughan and Harmon had split from their spouses and achieved a rapport as buds, he asked her out. But, as he told Soap Opera Digest in 2018, “it was not an easy date to achieve… I had to fly all the way to the East Coast to [take her for ice cream], because there was not much chance of her coming back this direction for a while, so if there was anybody [who] was gonna make it happen, it was going to be me.” 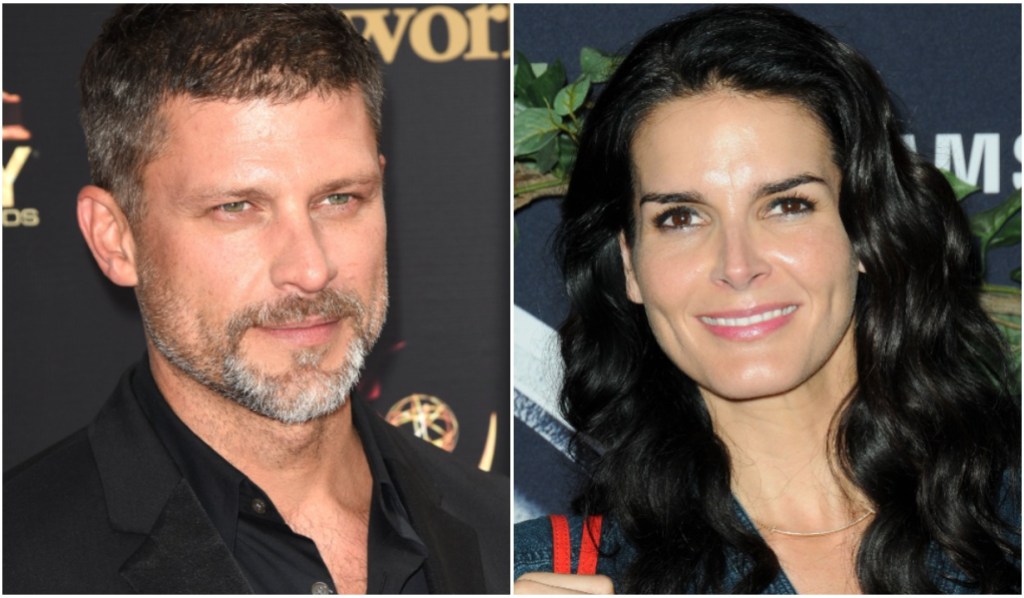 2019: ‘Beyond Anything I Could Ever Imagine’

The closer Vaughan and Harmon got, the clearer his vision seemed to become. “In life,” he Instagrammed, “we all face times of uncertainty, good and bad.” Wait, there’s good uncertainty? We digress. “I have what I have,” marveled the Daytime Emmy winner in a post with his boys and his significant other’s girls, “and I am sooo happy!!!” Honestly, it was hard to look at the picture and not feel the same way.

In life we all face times of uncertainty, good or bad. I always believed & knew Gods plan for me would go far beyond anything I could ever imagine! I have what I have, & I am sooo HAPPY!!! ❤️ #family #faith #grateful #truelove #fae #jcl

“Well, that was fun!!!” wrote Vaughan after he popped the question to his lady love over the holidays in 2019. Do we need to mention that she said yes?!? “I wanted you, I dreamt of you,” he wrote after New Year. “Every day, you and me, forever you will be mine.” That, we believe, with our whole hearts. Our best wishes to the happy couple and their beautifully blended family.

Well…that was FUN!!! 😜 Repost @angieharmon Marry, Marry Christmas!! ❤️🎄💍 #moderndaybradybunch #blessed #grateful #family #christmas2019 Wishing you all the most wonderful holiday from our family to yours!

About last night….Your love is what brings sunshine into my life & the world! As I forever promise to be the essence of your smile! You are MY EVERYTHING ❤️#happybirthday🌹

Oh, hey, since you’re here — and you are, we see you (yes, you!) — you might also enjoy the below photo gallery of real-life soap couples whose marriages have stood the test of time. May Vaughan and Harmon’s union ultimately put them on this list, too! 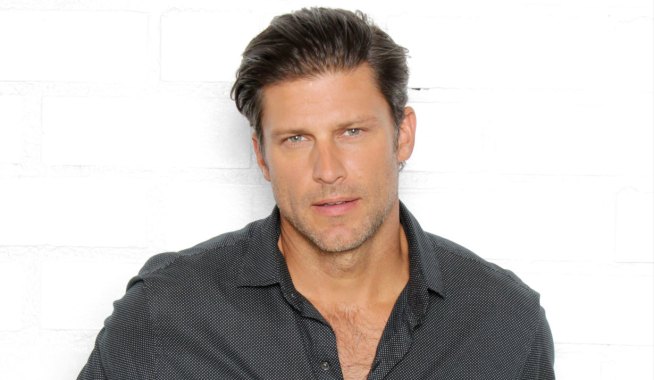 Days of our Lives' Freddie Smith Teases Sonny and Will's Emotional Exit: 'It's Such a Big Moment' 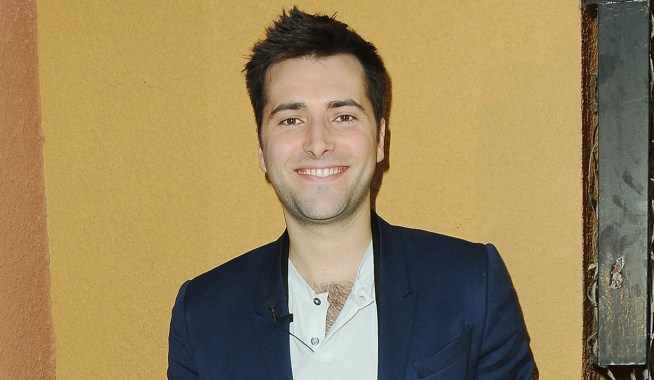