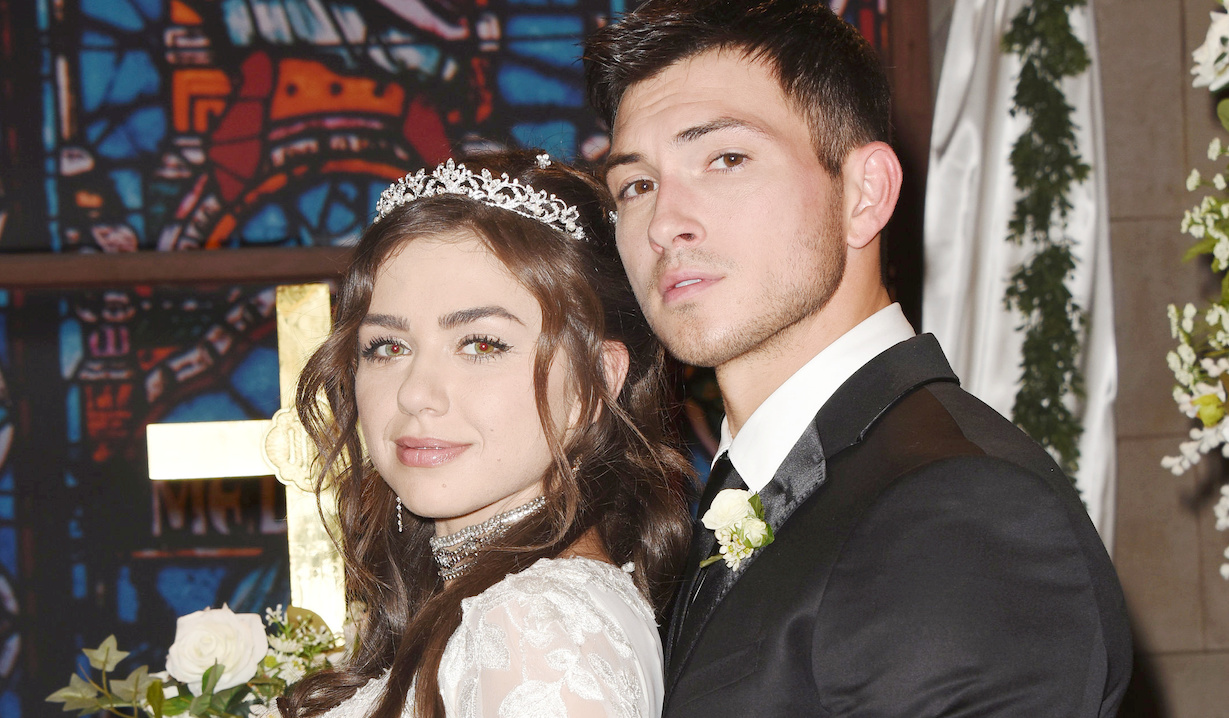 You can easily forgive Days of our Lives‘ Robert Scott Wilson (Ben) and Victoria Konefal (Ciara) for the fact that it took them a minute to get going during their Instagram Live Q&A this week. It was only his third time ever going live — and he’d lost his voice playing paintball. And she had to remember not to swear. (It did not go well; seconds in, she hilariously forgot. Oops, “I’m cursing already!”)

But then the castmates got down to the nitty-gritty of addressing fans’ queries, from what they liked best about “Cin” (“They’re not afraid to call each other out,” said Konefal) to what their favorite material had been so far on the show (all roads led back to their initial interaction at the cabin). Later, the twosome answered questions about Days of our Lives’ ongoing nuptial drama.

For Konefal, getting ready to play the bride was a piece of (wedding) cake. Yup, “it was pretty easy,” she said, “because when you’re emotionally preparing for a wedding, the emotions that you typically have are good and positive, right?

“You don’t focus on anything negative,” she continued. “So as far as Ciara’s concerned, everything’s fine and dandy. I was just focusing on the happiness.”

Ben, on the other hand, had it tougher. “He had a lot of problems leading up to this, all these dreams about his past and his sister coming back to haunt him,” Wilson recounted. “He was really nerve-racked right until he was on the church floor, seeing everybody there to support him. It was heavy, man.”

And apparently, it’s about to get even heavier. When asked what the toughest scenes to shoot were, Wilson suggested, “Maybe the one after the wedding, for Ben… We got some badass stuff coming.”

Konefal agreed — wholeheartedly. “We have some crazy, crazy stuff coming up,” she promised. To watch the whole session, click on the video above. Then, since you’re obviously feeling “Cin”-ful, why not say “I do” want to check out photos from Ben and Ciara’s wedding by clicking on the gallery below?

Ahead of Her Days of our Lives Exit,...